Jeremy Corbyn was close to surrender over a second EU referendum last night after Labour’s electoral humiliation triggered a mutiny at the top of his party.

Mr Corbyn signalled he could be ready to commit to a second Brexit vote after his closest colleagues said it was the only way to stop Labour haemorrhaging support.

John McDonnell and Diane Abbott both told him the party must guarantee a new referendum under any circumstances in the wake of its European elections mauling.

Party policy has been to push first for a general election and then back a second referendum only to stop a ‘bad’ or No Deal Brexit.

But after Labour was pushed into third place nationally by the pro-Remain Liberal Democrats on Sunday night, Mr Corbyn’s colleagues demanded an end to the ambiguity. In a dramatic intervention, Shadow Chancellor Mr McDonnell said: ‘Our only option now is to go back to the people in a referendum.’

Last night, Mr Corbyn made what his aides described as a ‘tonal shift’ to his position.

In a letter to his MPs, the Labour leader said: ‘It is clear that the deadlock in Parliament can now only be broken by the issue going back to the people through a general election or a public vote. We are ready to support a public vote on any deal.’

The statement moved the party closer to fully committing to a second referendum, but Mr Corbyn will still face intense Labour pressure to back a so-called ‘people’s vote’ without delay, in any circumstances – and to campaign on the Remain side. The major obstacle to this remains his hard-Left allies such as powerful union boss Len McCluskey, who is vehemently against a second Brexit vote for fear of Labour being wiped out in the North.

The party endured an appalling night on Sunday, finishing with just 14 per cent of the vote, losing control of London to the resurgent Lib Dems and seats to Nigel Farage’s newly created Brexit Party in its pro-Leave heartlands.

The Tory party was also humiliated by Mr Farage, finishing fifth in vote share and suffering one of the worst electoral nights in its history.

Leadership candidates warned yesterday that the party must deliver Brexit by October or face oblivion. 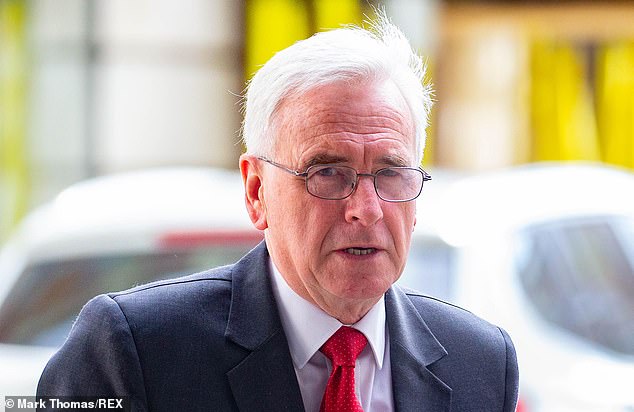 As both main parties were engulfed by the fallout from Sunday night’s political earthquake:

Both main parties have hit the panic button after Sunday night’s mauling, but Mr Farage said: ‘In some ways, the Labour Party today are in more trouble than the Conservative Party.’

Until yesterday, Labour demands for a second referendum had been led by pro-Remain frontbenchers such as Sir Keir Starmer, Tom Watson and Emily Thornberry. But yesterday the calls came from two of Mr Corbyn’s closest hard-Left colleagues, Mr McDonnell and Miss Abbott.

Mr McDonnell acknowledged that Mr Corbyn wanted a general election rather than a referendum – but said the reality was that this was unlikely.

He said the country was facing the prospect of a ‘Brexit extremist’ becoming the next prime minister, meaning the UK faced the prospect of No Deal. ‘Of course we want a general election,’ he said. ‘But realistically, after last night, there aren’t many Tory MPs who will vote for an election – it will be like turkeys voting for Christmas. 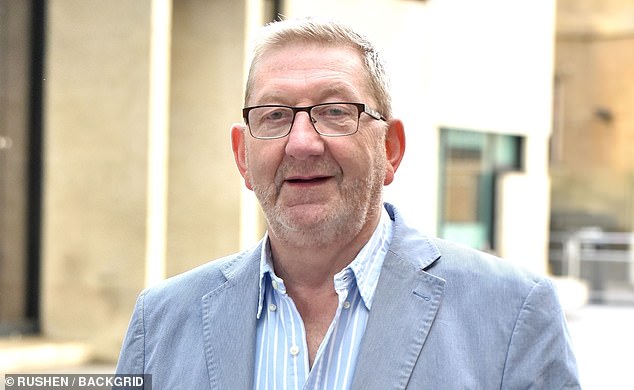 Trade union boss Len McCluskey (pictured), an opponent of a second vote, demanded that Mr Corbyn stick to his existing position of trying to keep Leave and Remain supporters together

‘Our best way of doing that [stopping a No Deal Brexit] is going back to the people in a referendum – I think that’s what our members want.

‘We’re saying quite clearly, if there can be a deal, great, but it needs to go back to the people.

‘If it’s a No Deal, we’ve got to block it and the one way of doing that is going back to the people and arguing the case against it because it could be catastrophic for our economy.’

Mr McDonnell added: ‘It’s not just me saying that, it’s Philip Hammond the Chancellor, it’s others across the parties, and independent economists – and I’m not willing to stand by and let my constituents lose their jobs and have their livelihoods undermined by this.’

Asked if Labour now supported a referendum under any circumstances, he said: ‘I think it is, yeah.’

Miss Abbott, the Shadow Home Secretary, also weighed in, saying: ‘When we come in third after the Brexit Party, that is a clue something is wrong with our strategy. We need to listen to our members and take a clearer line on a public vote.’

But other hard-Left allies – including Mr McCluskey, general secretary of the Unite union – last night demanded that Mr Corbyn stick to his existing position of trying to keep Leave and Remain supporters together.