Kevin Rowley, 47, killed himself after he struggled to cope with growing old, an inquest heard

A Coronation Street actor took his own life after he struggled to cope with advancing age, an inquest heard.

Kevin Rowley, 47, had been renowned by friends as a man ‘with a smile on his face’ but he hid a secret battle with anxiety in which he found it difficult to deal with his 30th and 40th birthdays.

The TV extra who also appeared in Hollyoaks was found suffocated in bed at his home in Hulme, Manchester, on August 15, 2017.

The hearing was told Mr Rowley had worked as holiday rep and flight attendant and regularly took up jobs that involved travel before becoming a counsellor.

In a statement his brother Paul Rowley said: ‘He was an extra on TV programmes such as Hollyoaks and Coronation Street although there were long period of time when he was out of work.

‘He had some long term relationships but nothing significant. Kevin started to have anxiety and depression from his mid teens. He was very close to his mother and felt the force of her loss when she died.

‘He really struggled with significant milestones including his 30th and 40th birthday. He made many calls for help and these got more frequent as he got older.’ 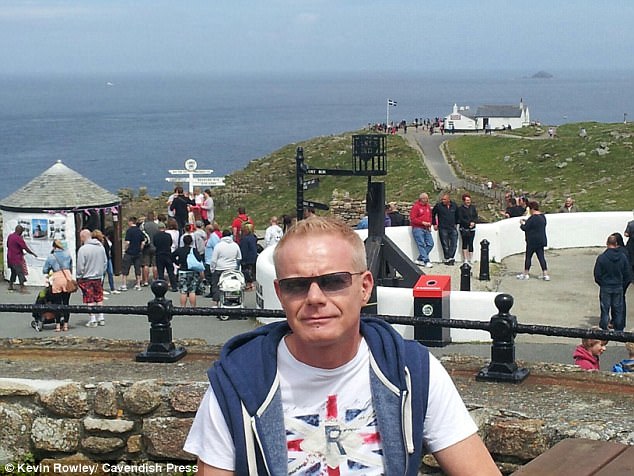 The TV extra on Coronation Street and Hollyoaks was found suffocated in bed in Hulme, Manchester, on August 15, 2017. Rowley had a secret battle with anxiety

The brother continued: ‘He was more open with my wife about how he felt. Sometimes he was away from home doing things with other friends.

‘I am not aware of physical problems. He kept himself fit and healthy – but he had a life long problem with depression.

‘We would keep in touch by texting and phone calls. My last contact with him was in January 2017. He lived in Dublin for a short time and stayed with friends.

‘He lived in ski resorts and Austria and other places when he was working as a holiday rep. He had some relationship problems and financial worries.’

Fiona Winstanley an officer at a mental health access team said: ‘Kevin made appointments with our team and regularly accessed our services – but as he was a counsellor he didn’t want to fully get involved with our services.

‘He said he didn’t want to run into people he worked with previously. He had suicidal tendencies but he kept things to himself. He was prescribed medication to reduce anxiety, including diazepam as this had helped him in the past.

Police confirmed there were no suspicious circumstances involving his death and said officers attended the property following a call about Mr Rowley’s welfare. 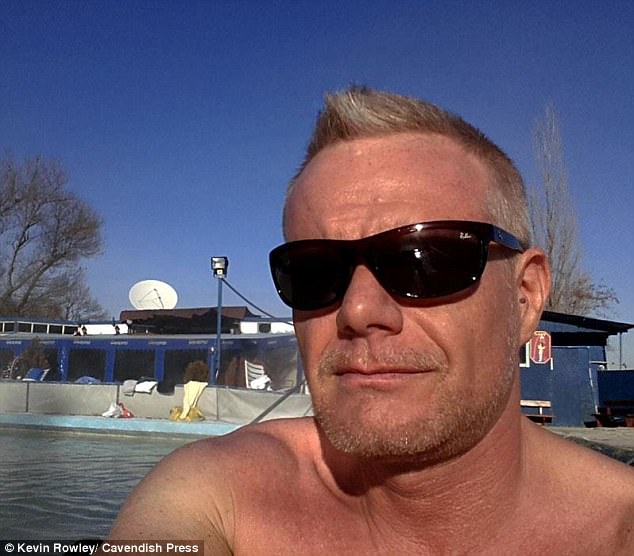 His brother Paul said: ‘He really struggled with significant milestones including his 30th and 40th birthday. He made many calls for help and these got more frequent as he got older’ 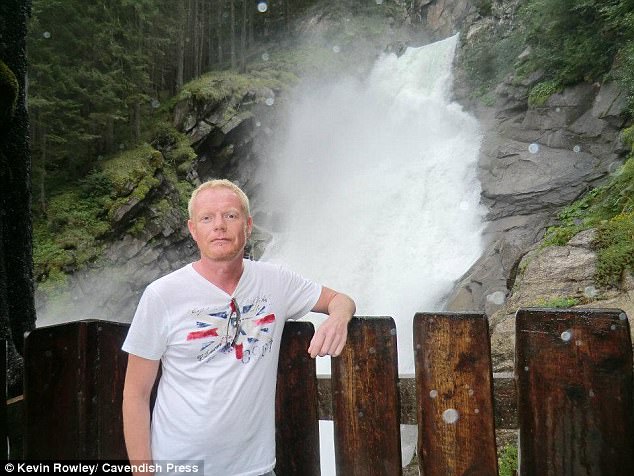 An officer at a mental health access team said: ‘Kevin made appointments with our team and regularly accessed our services – but as he was a counsellor he didn’t want to fully get involved with our services’

Recording a conclusion of suicide, Manchester coroner Jean Harkin said: ‘It is clear that Kevin had a history of mental health issues and suicidal [idealisation] and there is evidence he accessed support services.

‘There was a note found detailing his wishes when he died and the evidence supports the fact that Kevin intended to die. I want to offer my sincere condolences to his friends and his brother.’

Following Mr Rowley’s death, well-wishers raised £1,600 for his funeral plus the Sanctuary counselling service in Manchester where he worked.

Close friend Maz Hussain told the crowdfunding site Just Giving: ‘Most people will remember Kevin with a smile on his face with the best sense of humour, but Kevin was also suffering from personality disorder and there was another side to him who was struggling to cope with the anxiety, depression and loneliness and it all got too much for him.

‘Suicide is the biggest killer of men aged 35-54 years in the UK. The number of deaths to suicide in Greater Manchester alone is significant and in 2014, 277 people took their own life, and this number increasing every year. It is a growing issue that needs to be quickly understood.

‘No matter what you are going through, how dark it may seem and how hopeless or lost you feel please don’t suffer alone, don’t be afraid to use the people around you.’