Coronation Street’s Lydia Chambers is planning to dish old flame Adam Barlow a cold dish of revenge as she attempts to destroy his relationship with Sarah Platt in upcoming Valentine’s Day scenes.

Soap fans were stunned to learn Adam’s (Sam Robertson) tormentor was ex Lydia (Rebecca Ryan) after she recently befriended Sarah (Tina O’Brien) in an attempt to get back at Adam.

Sarah will find herself at the centre of a sinister plot in the coming weeks as Lydia’s obsession escalates to new heights, leaving Sarah unable to know who to trust.

Drama: Coronation Street’s Lydia is planning to dish old flame Adam a cold dish of revenge as she attempts to destroy his relationship with Sarah in upcoming Valentine’s Day scenes

It remains to be seen whether Adam and Sarah will realise who is behind their troubles before the situation comes between the couple.

Meanwhile, Weatherfield’s Romeo and Juliet, Jacob Hay (Jack James Ryan) and Amy Barlow (Elle Mulvaney), leave the Barlow family unimpressed with their blossoming romance, with the clan hellbent on putting a stop to their union.

Steve (Simon Gregson) and Tracy (Kate Ford) are left in a state of shock after Amy collapses while on a night out, with the pair convinced one-time drug dealer Jacob has spiked their daughter. 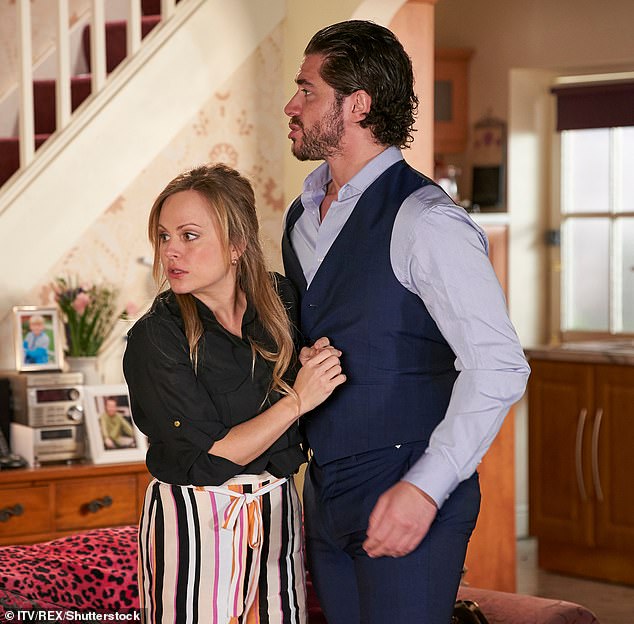 In character: Soap fans were stunned to learn Adam’s tormentor was ex Lydia after she recently befriended Sarah in an attempt to get back at Adam (Adam and Sarah pictured)

After learning Jacob and Amy are seeing each other, Steve becomes enraged and thumps Jacob in a fit of anger.

A source recently told The Sun: ‘Amy ends up in a bad way in hospital and Steve and Tracy fear the worst.

‘They’re convinced she is on drugs – but she is adamant she didn’t take them knowingly. 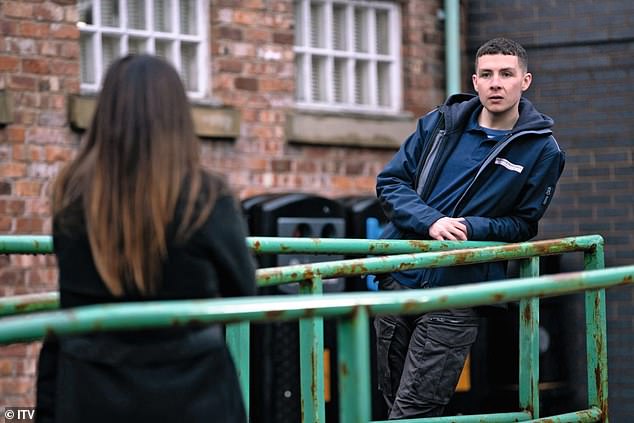 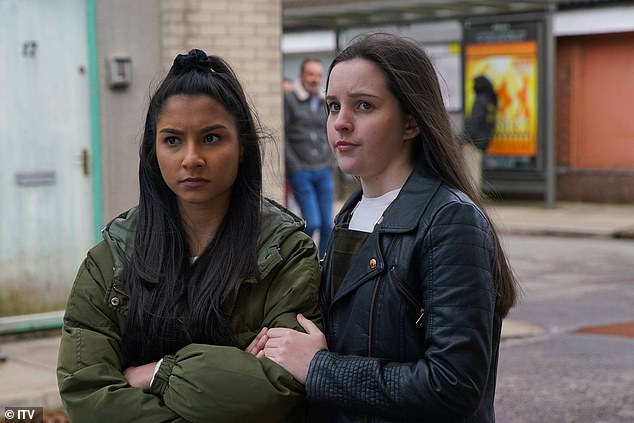 Playing the part: Jacob will be seen building a relationship with Amy (right), with the character becoming involved in a drink spiking storyline

‘It soon becomes clear that she’s been the victim of spiking but Steve and Tracy don’t accept it.

‘They are convinced Jacob is leading their daughter astray, and soon the police are investigating.’

Steve is determined to see Jacob behind bars but Amy and Jacob may manage to continue with their relationship despite other people’s fears.

Elsewhere, Daisy (Charlotte Jordan) and Daniel (Rob Mallard) agree to give their relationship one more go but their union may struggle to last the test of time as Daniel faces troubled times at work.

Coronation Street continues on Friday on ITV1 at 7.30pm. 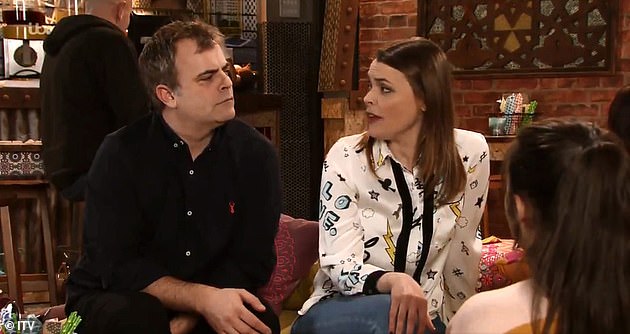 Bust up: After learning Jacob and Amy are seeing each other, Steve (left) becomes enraged and thumps Jacob in a fit of anger