Coronavirus Australia: Alert for 40 new exposure sites across NSW, including a children’s hospital

Thousands of residents and workers have been plunged into isolation as the New South Wales Covid-19 outbreak crisis worsens.

Dozens of new exposure sites across 14 towns were announced on Monday night on a day the state recorded 1,290 cases, Australia’s highest rise in daily infections throughout the entire pandemic.

Supermarkets, takeaway outlets, shopping centres, bank branches, service stations and a busy cafe at a major children’s hospital in Sydney are among the latest sites.

Most of the 38 new exposure sites listed on the NSW Health website are regional venues after the department recently changed its policy to not list sites in Metropolitan Sydney unless they were deemed ‘high risk’.

Staff at a construction company on the NSW Central Coast have been ordered to get tested and isolate for 14 days after they were deemed as close contacts.

NSW recorded its worst day of the pandemic with 1,290 new cases (pictured residents in Bondi on Monday)

Anyone else who attended KI Building Services Pty Ltd at North Gosford anytime during business hours on August 21 or August 22-37 inclusive must also get tested and isolate for 14 days.

The same order applies to close contacts who attended Subway Marketplace at Raymond Terrace between 11.55am-noon on August 25.

It comes as the NSW Central Coast recorded six new cases on Monday.

Staff and patients’ families at the Children’s Hospital at Westmead are also on alert after a busy cafe was exposed to Covid over two days last week.

Anyone who attended The Bear Brasserie Cafe on level two anytime between 8.30am and 5.30pm on August 23 and August 24 is deemed a casual contact.

They must be tested immediately and isolate until they return a negative result.

The popular cafe is currently closed for deep cleaning. 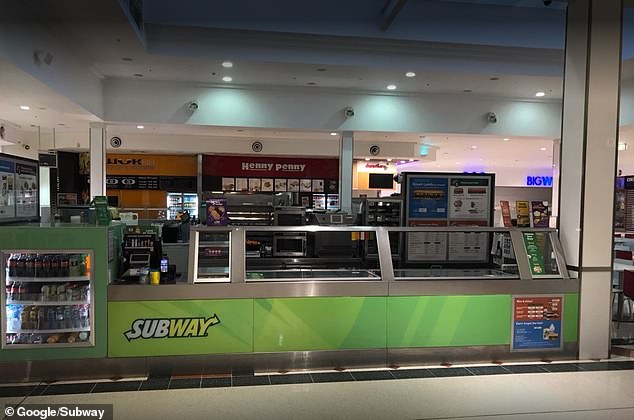 Anyone who visited Subway Marketplace (pictured) at Raymond Terrace between 11.55am and noon on August 25 must self-isolate for 14 days

The suburbs revealed to have been exposed to Covid in the community on Monday night are:

‘Sydney Children’s Hospitals Network is not aware of any confirmed cases of Covid-19 related to this exposure,’ a spokeswoman said.

‘In line with public health advice, all staff and visitors who attended the Bear Brasserie Café during the affected time are able to return to The Children’s Hospital at Westmead if their test result comes back negative, and they have no symptoms of Covid-19.’

Shoppers in the Blue Mountains are also on alert after an infected case visited Coles at Winmalee Village last Friday, August 21).

Anyone who visited the store between 7.45am and 5.30pm that day is ordered to get tested and isolate until they receive a negative result.

The supermarket was closed on Monday for deep cleaning but is expected to reopen on Tuesday.

‘We have undertaken appropriate safety measures in order to minimise exposure to the virus, including a deep clean of the common mall areas and staff areas being completed tonight,’ Winmalee Village posted on Facebook.

More than half of the 38 exposure sites listed by NSW were in Dubbo in the state’s central west, with cases spiralling in the region. 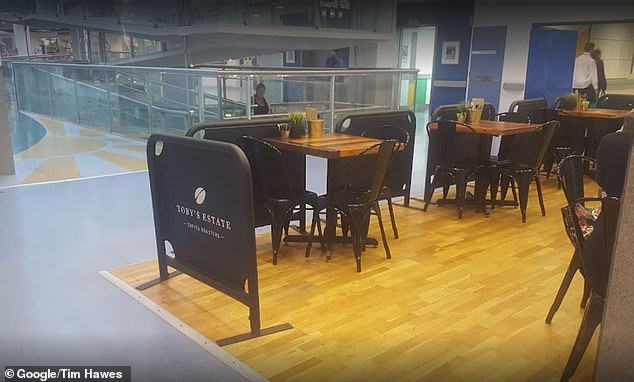 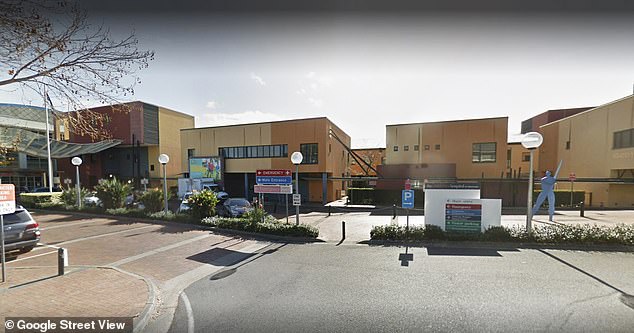 Other areas with casual contact sites north of Sydney include Thornton, Cessnock, Charlestown, Whitebridge and Wickham while Coonamble, Mudgee, Ravenswood and Warren in the state’s west also have new exposure sites.

More than 80 per cent of the 1240 new infections recorded on Monday were in western and south-west Sydney.

The state also recorded four new deaths, including the first one in regional NSW at Dubbo Hospital, an indigenous man with underlying conditions.

NSW chief health officer Dr Kerry Chant flagged Guildford, Merrylands, Auburn and Punchbowl as the suburbs with the highest and most worrying number of cases.

‘We are seeing such a high case rate,’ she said. 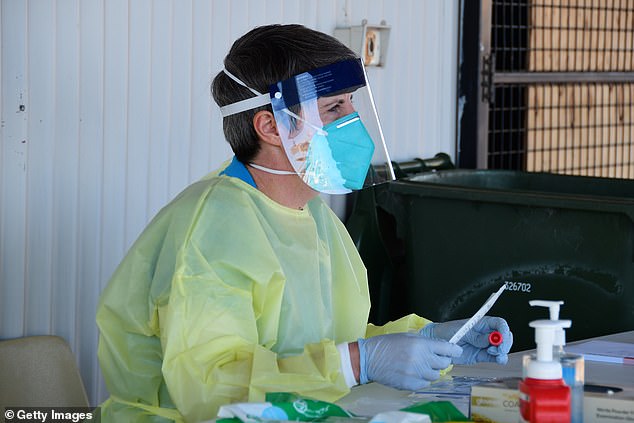 Dubbo in central-west NSW remains on high alert with 33 new cases on Monday and more than 20 new exposure sites listed (pictured, a health worker at a local testing clinic)

‘Ryde and Meadowbank and some inner west suburbs such as Marrickville is where we are seeing the introduction in factories and other workplaces.’

NSW Premier Gladys Berejiklian reaffirmed that vaccination was key to ending lockdown and praised the momentous effort of residents to turn out and get the jab.

‘Vaccination is the key in terms of our freedom and reducing the spread of the virus,’ she said.

‘NSW has administered 6.8million jabs which is an outstanding result. So nearly two thirds of our adult population have had one dose and 36 per cent have had two doses.’ 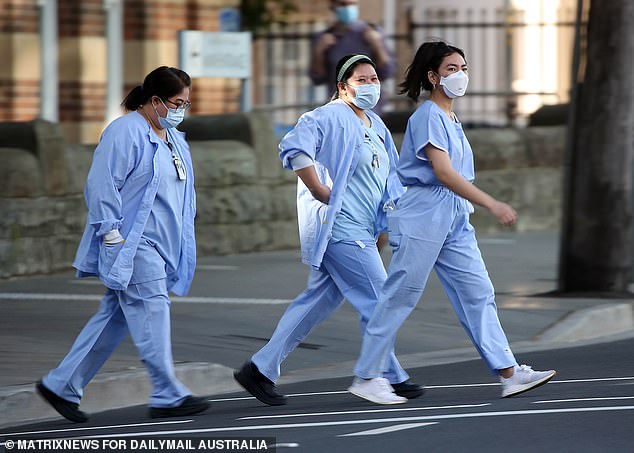 Health officials are concerned about the growing Covid cases. Pictured are health workers in PPE at RPA Hospital in Camperdown

Anyone who attended the following site is deemed a close contact and must get tested and isolate for 14  days, regardless of the result

Anyone who attended a casual contact sites must get tested and isolate until they get a negative result, even if they’ve had a test in recent days