Only Australia’s rich could be able to buy rapid antigen tests unless federal and state governments step in to make them free for everyone, a leading epidemiologist has warned.

Prime Minister Scott Morrison has come under heavy fire over his decision to leave the rollout of rapid test kits to the private market and not make them free, which have sparked skyrocketing prices and heavily restricted access to the in-demand product.

Pharmacy and supermarket shelves have been stripped bare of rapid antigen tests in recent weeks with some stores now charging up to $20 for a single test as the Omicron crisis worsens.

Demand soared exponentially after NSW Premier Dominic Perrottet last week pleaded with Australians to refrain from getting a PCR test unless advised by health officials or are symptomatic to relieve the enormous strain on testing clinics and waiting times for results.

University of NSW Professor of epidemiology Mary-Louise McLaws has called for testing clinics to use PCR tests on symptomatic people, with rapid tests to be made free so more people can access them.

Overseas, rapid tests are plentiful and used regularly by healthy people to ensure they’re not carrying the virus asymptomatically before visiting friends and loved ones.

The World Health Organisation adviser warned in a series of tweets that rapid tests are becoming reserved for the ‘privileged and wealthy’, saying governments need to rethink their current stance.

‘To reduce cost, test hubs could use PCR on those with symptoms & rapid antigen test (RATs) on all others. Cheaper but still effective,’ Professor McLaws tweeted on Sunday.

‘Without providing free RATs to households, only privileged & wealthy will be able to protect themselves & reduce wider risk of spread.

‘Real leaders can be honest, here is what a real leader could say: case numbers & testing are important, COVID infects within minutes & travels more than 1.5m, long-covid is real & hospital numbers only part of story, gov can supply free RATs & better than PCR three days ago.’

She estimated governments have spent $3.7billion on 54 million PCR tests since early 2020 and called for health workers to take daily RATs before entering hospitals to reduce spread to patients. 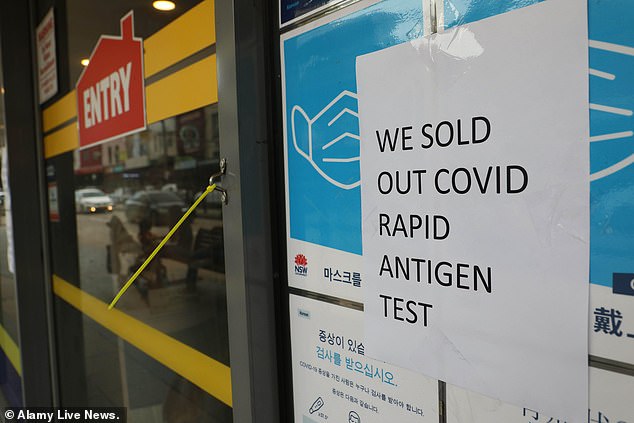 WHAT ARE THE 15 RAT KITS APPROVED FOR USE IN AUSTRALIA?

Professor McLaws’ comments were flooded with comments as many Australians shared their own horror stories of trying to track down RAT tests.

‘Covid doesn’t discriminate the rich and the poor. If the poor are going to get sick than the privileged & wealthy are also going get infected. However when resources run out it’ll be a battle of the rich vs poor .. young vs elderly,’ one wrote.

Professor McLaws isn’t the only health expert to weigh in on the widespread debate.

‘Response to query re RAT STRATEGY was essentially that they did not feel need to intervene where private market could provide. Now Fed/State/Private blame game over market failure in providing critical tool. So no RAT strategy. Or can I say #noRATegy,’ he tweeted.

Dr Moy agrees with Professor McLaws in that increasing the availability of RAT tests for frontline health workers is critical. 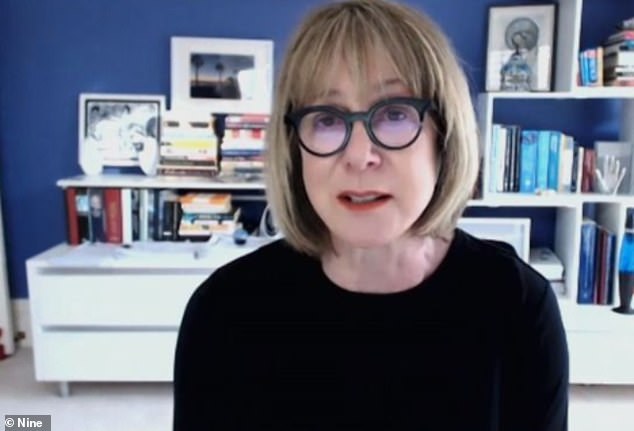 Professor Mary-Louise McLaws (pictured) fears rapid antigen tests could soon only be accessible to the ‘privileged and wealthy’ unless governments rethink their current stance.

She also called on called for testing clinics to use PCR tests on people with Covid symptoms and rapid tests on others.

Three months ago, Dr Moy spoke about how critical RAT tests would be as Australia transitioned to ‘living with Covid’.

‘The tests will have a role in how businesses, workplaces and other public environments manage after borders are lifted. Rapid antigen testing is not as accurate as polymerase chain reaction – it generally picks up people when they are most infectious,’ he previously told The Advertiser.

‘The benefits of my using a RAT fall mostly on others. Economic theory would suggest that the test should be fully subsidised,’ he tweeted.

He added in a follow-up tweet: ‘Increased mixing over Christmas and New Year, more transmissible variant, who could have predicted more tests might be needed?’ 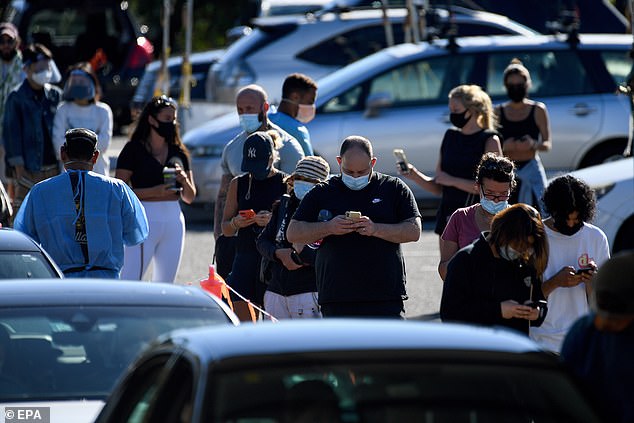 Lucy Turnbull, the wife of former prime minister Malcolm Turnbull also believes they should be free.

‘I don’t see a functional difference between PCR test (which are fully subsidised ) and RAT tests. Especially in a major pandemic. Test Trace Isolate and Q needs a robust and widely used testing system. Some highly tests are $12 now. That is a big burden on many,’ she commented on Dr Duckett’s tweet.

NSW and Victoria have each secured millions of free rapid tests, which will be distributed to the public by the end of January. 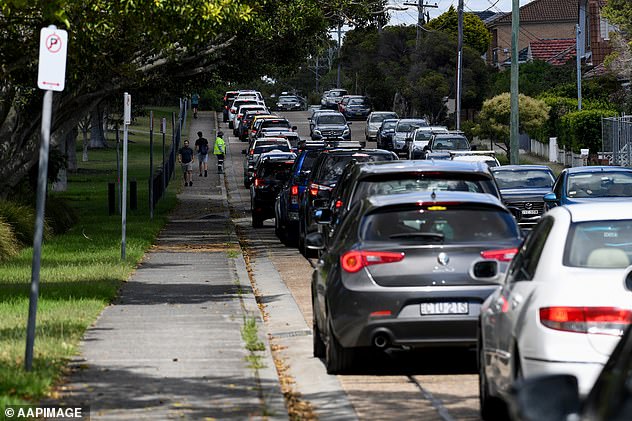 A shortage in RAT tests was sparked by long queues for PRC test at testing sites and waiting up to five days for results (pictured, lengthy queue at a testing clinic in Maroubra, Sydney)