Another Sydney apartment block is in lockdown after nine residents tested positive to coronavirus.

Police are now guarding the complex of 12 units in Hill Street, Campsie in Sydney’s Covid-riddled south-west, where nine residents from five apartments have tested positive to the virus.

Residents who live there have been deemed as close contacts and were tested at a pop-up clinic set up in the garden at the complex.

They cannot leave their home for any reason for the next 14 days.

Health workers dressed in PPE were seen entering the complex as residents in lockdown watched on from their balconies. 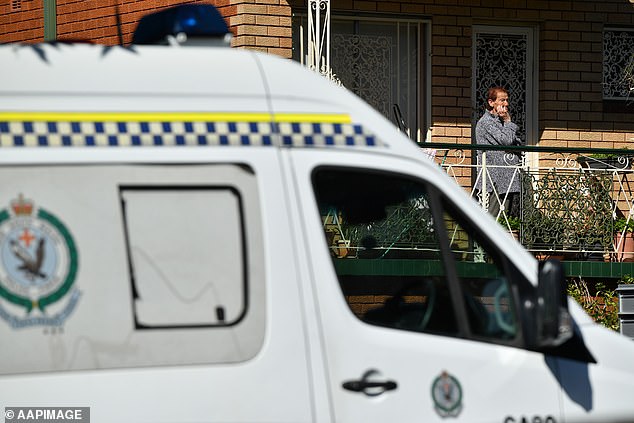 Some infected residents have already been transferred to hotels designated to isolate Covid-19 patients.

The local health district says the situation at the complex continues to be assessed.

‘Sydney LHD is working with residents and building management to assess the situation and, in collaboration with other agencies including NSW Police, is implementing measures to support the health and welfare of residents,’ a spokeswoman said.

It comes as NSW recorded a record 681 new cases on Thursday, its highest number of daily infections as Sydney endured day 55 of lockdown.

The source of infection for 511 cases is still under investigation.

Campsie is in the Canterbury-Bankstown LGA, which remains one of the biggest areas of concern for health officials with 141 new cases. 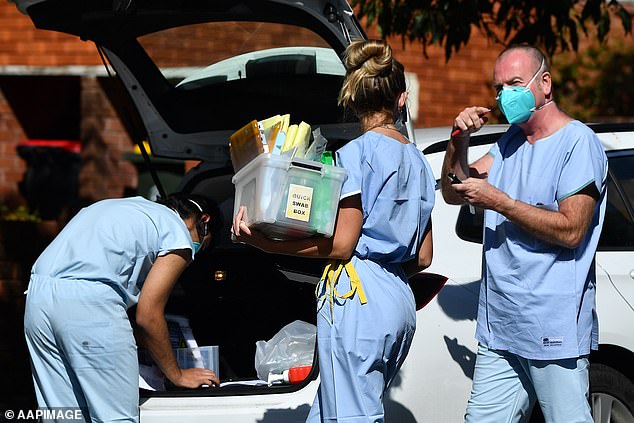 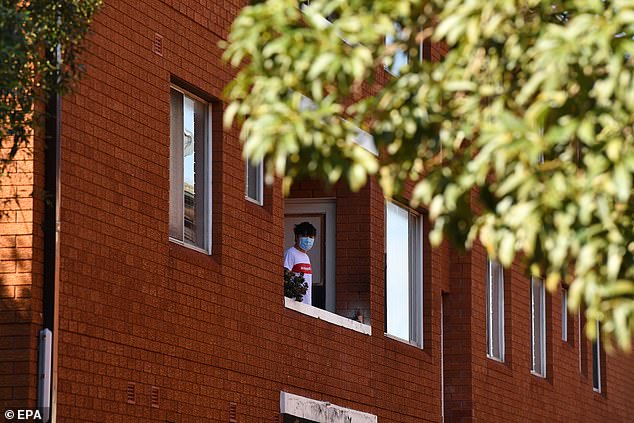 A man aged in his 80s died at St George Hospital, bringing the number of Covid death toll since June 16 to 61.

Almost 500 cases are being treated in hospital with 82 people in intensive care, while 25 of require ventilation.

A record 110,000 vaccinations were administered across NSW in the last 24 hours.

NSW premier Gladys Berejikilian said the state was on target to fully immunise 70 per cent of its population by the end of October.

‘Once we get to the end of October we expect 70 per cent of the population to be fully vaccinated,’ she said.

‘Once we get to mid November we expect that figure to reach 80 per cent.

‘It gives enormous opportunities for greater freedoms than we do today.’ 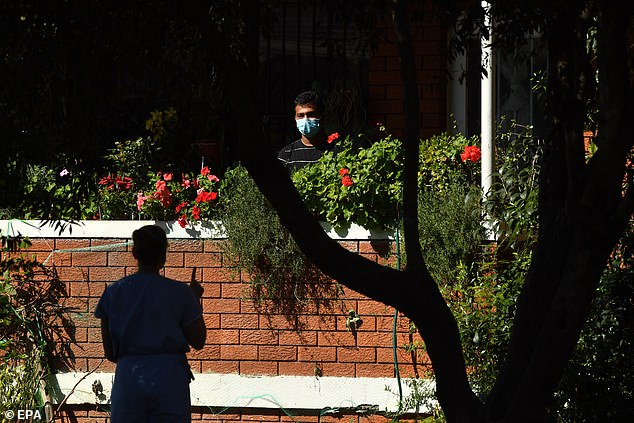 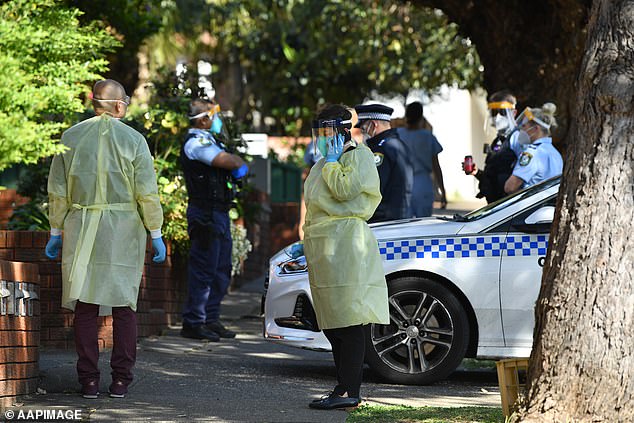 She said though NSW’s eight million residents ‘need to learn to live with Delta’ and accept Australia may never fully eradicate the highly-contagious strain of the virus.

‘We need to come to terms with the fact that when you get to a certain level of vaccination and open up, Delta will creep in,’ Ms Berejiklian said.

‘We can’t pretend that we will ever have zero cases again in Australia.’

NSW Opposition Leader Chris Minns said no one wanted a stricter lockdown ‘but the alternative is too grim to bear at this point’.

‘We can’t face a prospect of 2000 daily cases. It would be too much of a stretch on our health system,’ he told the ABC on Thursday. 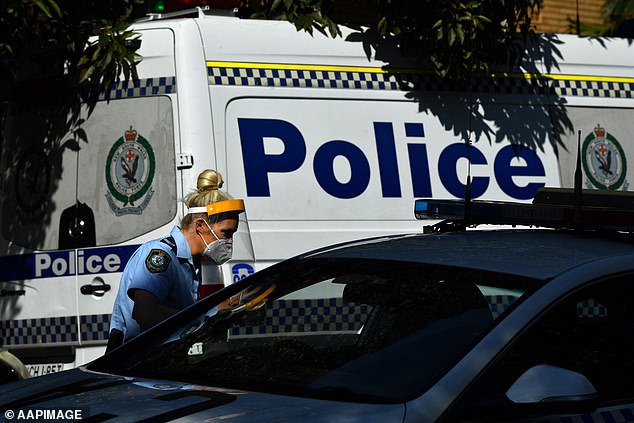