An infected resident of an Sydney apartment block hit by a Covid outbreak claims authorities told him to ‘mind his own business’ when he tried to report cases.

The six-storey building on Crown Street in Darlinghurst, home to several vulnerable residents, has at least five cases.

Tony Slan said he pleaded with the public housing authority to intervene as residents could unwittingly expose local shops and bus routes.

It is understood at least five residents at 254 Crown Street in Darlinghurst, Sydney have tested positive to Covid 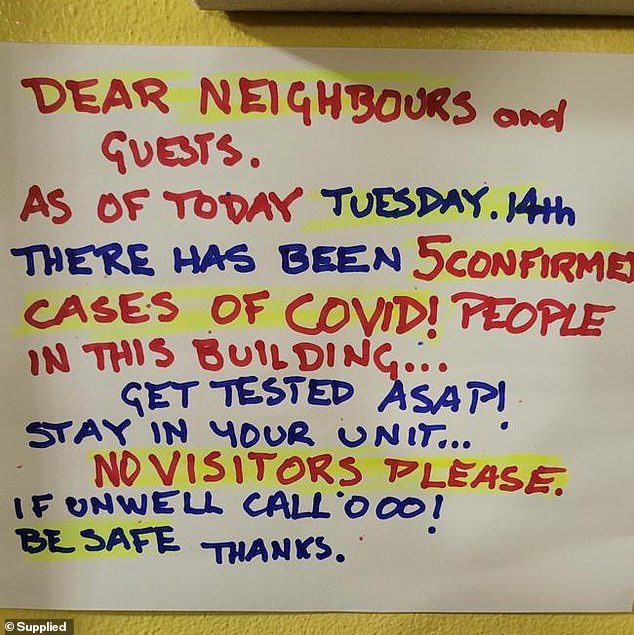 However, he claims he was instead told to shut up and ‘mind your own business – we don’t want to scare anybody’, he told News Corp.

A source from the public housing authority which asked not to be quoted denied a staff member told the resident to be quiet and not worry.

Mr Slan, who has a compromised immune system due to having AIDS, tested positive on Saturday.

He came into contact with neighbours while watering the plants in the building’s foyer and after hearing several residents had tested positive and been taken to hospital.

At least five residents in the tower also tested positive – that he knew about. ‘Who knows how many are infected?’ he said.

Mr Slan posted notices around the complex warning residents of the outbreak and begging them to stay in their flats and get tested if they felt unwell. 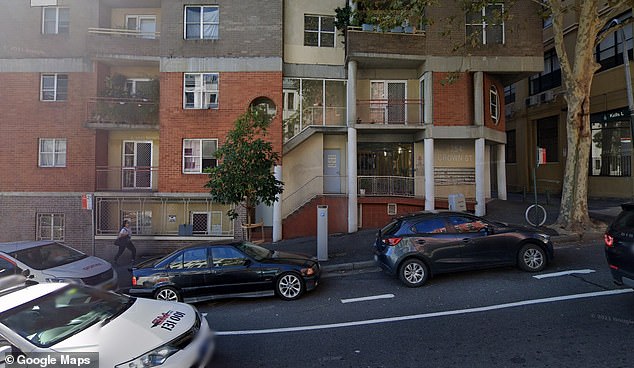 A man who lives at 254 Crown Street, Darlinghurst has pleaded with authorities to stop the spread of Covid in his building

He was concerned his neighbours, who he says include gay, lesbian and transgender people with dementia, cancer, and in wheelchairs, could die if they got infected.

Mr Slan claimed to have contacted NSW Police, NSW Health and NSW Department of Communities and Justice and been told there was ‘nothing to worry about’.

A housing assistant also told him nothing could be done until NSW Health had contacted it and became defensive, saying they knew how to do their job.

‘How many people does it take to get sick for them to at least notify all the people living in this building?’ he said. 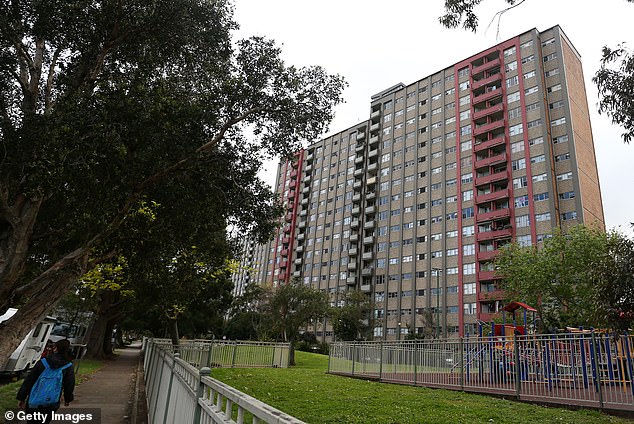 The notorious public housing estate at 57 Morehead Street, Redfern, has been shut down and residents ordered to remain inside after a new Covid cluster emerged there sparking fears it is ‘riddled’ with the virus 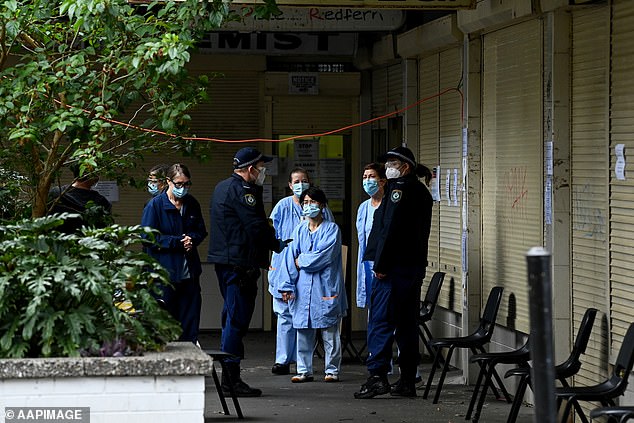 NSW Health said the residents at 43-47 Morehead Street, many of whom were ‘vulnerable people with complex health and social needs’ were being ‘supported’ by health teams and ‘Department of Communities and Justice’ workers

In each case hundreds of vulnerable residents were ordered to isolate after positive cases at each site.

This week the three 17-storey public housing towers at 43-57 Morehead Street, Redfern, were shut down after 12 positive cases, with vulnerable 630 residents ordered not to use the lifts.

Over 100 residents at Mission Australia’s Common Ground homeless service were forced to stay home after four tenants tested positive at the start of September.