Nicola Sturgeon has furiously denied claims of a cover-up after an investigation linked a cluster of coronavirus cases to Scotland to a Nike conference in February.

A BBC Scotland Disclosure investigation revealed more than 70 Nike employees from around the world attended a conference at the Hilton Carlton Hotel in Edinburgh on February 26 and 27.

It is understood one visiting attendee passed on the virus, with investigations finding at least 25 people linked to the event contracted Covid-19, including eight in Scotland.

But the case was not revealed and Scotland’s first official case was announced on March 1, unrelated to the conference.

The First Minister blamed concerns over patient confidentiality for preventing details of the event being made public earlier.

But  Labour’s Edinburgh South MP Ian Murray said the BBC report showed there was ‘a cover-up following the February outbreak.’

Scotland’s First Minister, Nicola Sturgeon speaking during the Scottish government’s daily briefing on Tuesday. Sturgeon has angrily rejected claims of a ‘cover-up’ after an outbreak of coronavirus was linked to a Nike conference in Edinburgh at the end of February 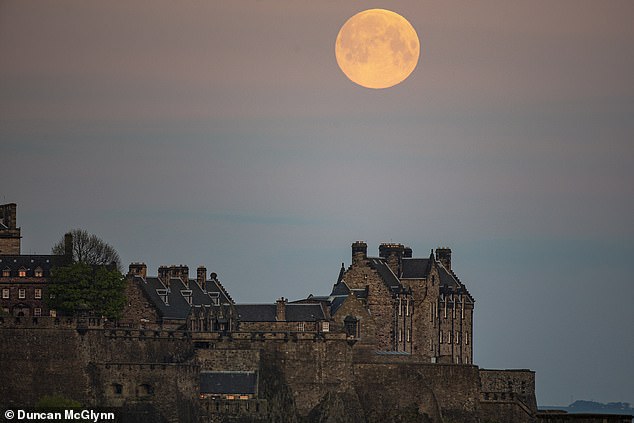 The first Scottish coronavirus case was confirmed in Tayside on March 1, though this was unrelated to the conference.

Mass gatherings were not banned until March 16 and lockdown measures introduced on March 23.

Asked about this claim, Ms Sturgeon said all appropriate measures had been taken and the cases had been reported in the Scottish Government’s usual figures.

She said: ‘On the accusation of a cover-up, that is complete and utter nonsense.

‘I don’t know where that accusation comes from but it sounds like highly politicised nonsense as well.’

Ms Sturgeon said Health Protection Scotland set up an incident management team when the virus transmission became clear and contact-tracing had been carried out. 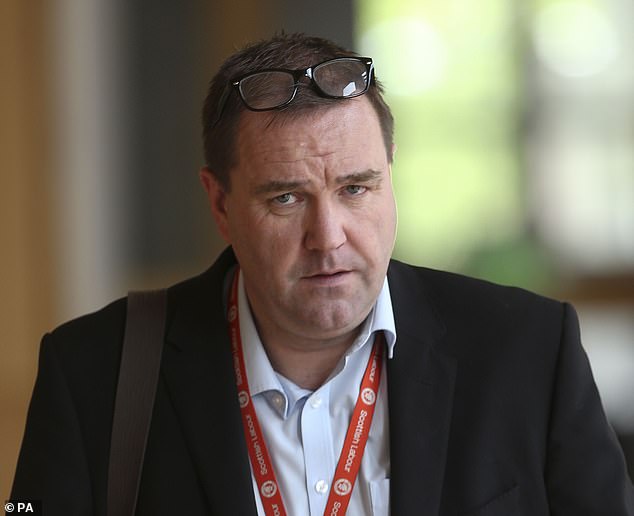 She added: ‘I was satisfied then and I am satisfied now that all appropriate steps were taken.

‘At the time I probed whether we should be putting more information into the public domain.

‘The advice, which is advice I accepted, is that it was not appropriate.’

She added: ‘One of the reasons for that was patient confidentiality at a time when the number of cases remained as low as they were.

‘To identify where any case contracted the virus could potentially have identified the patients concerned.’

A statement from the Scottish Government later said the case was confirmed on March 3 with ministers informed of the development that evening.

Health Secretary Jeane Freeman was asked about the Nike conference during a series of urgent questions at the Scottish Parliament later on Tuesday.

Lothians MSP Neil Findlay asked why it had taken ‘two months and a BBC documentary’ for the outbreak to be made public.

She replied: ‘The strong clinical advice we received was not to say where the trigger case had come from because it would then be possible to identify individuals…’

Ms Freeman said the first case connected to the conference was on March 4, triggering a contact-tracing exercise by Health Protection Scotland and international partners.

She told Daniel Johnston MSP: ‘I don’t believe that the Scottish Government could at any point in this entire exercise around Covid-19… be accused of secrecy.’

Meanwhile, the First Minister used the briefing to announce a £50 million fund to help the social care sector, which she said is ‘under immense pressure’ as a result of Covid-19.

She said 1,912 patients have now died in Scotland after testing positive for coronavirus, up 50 from 1,862 on Monday. 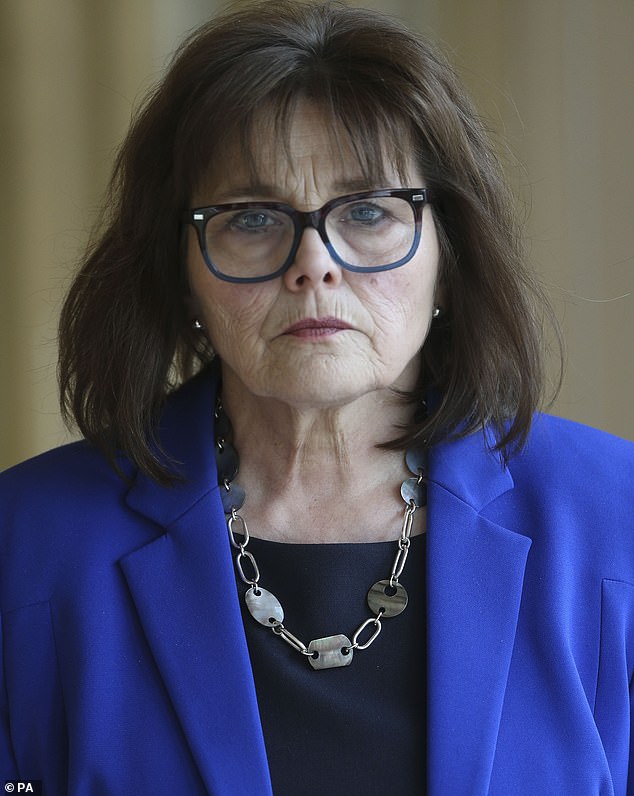 The most recent figures for deaths in Scotland’s care homes, published by the National Records of Scotland on Wednesday May 6, show 43% of all Covid-19 linked registered deaths to date are in these settings.

As of Sunday, 65% of Scotland’s care homes have alerted the Care Inspectorate to at least one suspected coronavirus case since the start of the outbreak.

On that date, 44% of care homes in Scotland had a current suspected case.

Ms Sturgeon said the Scottish Government is ‘working hard to support the sector in every way we can’, with increased testing in care homes and supplies of personal protective equipment.

Of these, 81 are in intensive care, a rise of one.

The First Minister stressed the rise in cases is through patients suspected to have the virus, with confirmed cases down 14 in 24 hours to 1,131.

The rise in suspected cases in hospitals is being looked into, Ms Sturgeon added, as she cautioned against any ‘undue concern’.

She also announced £31 million to extend the small business grants scheme to those properties eligible for charitable or sports rate relief.

She again stressed lockdown restrictions – which were brought in seven weeks ago – remain in place for Scotland.

While the UK Government has published guidance for businesses ahead of a possible return to work, Ms Sturgeon said that was ‘not yet operational in Scotland since at this stage we are not currently encouraging more people to go back to work’.

She said the Scottish Government is working with employers and trade unions to develop its own guidance on safe workplaces.

Working groups have been set up for 14 different sectors of the economy ‘to consider how quickly and in what manner we can start to return to work’.

Here she said ‘early priorities’ will be the retail, manufacturing and construction sectors, adding industries such as tourism, energy, finance and food and drink are also being considered. 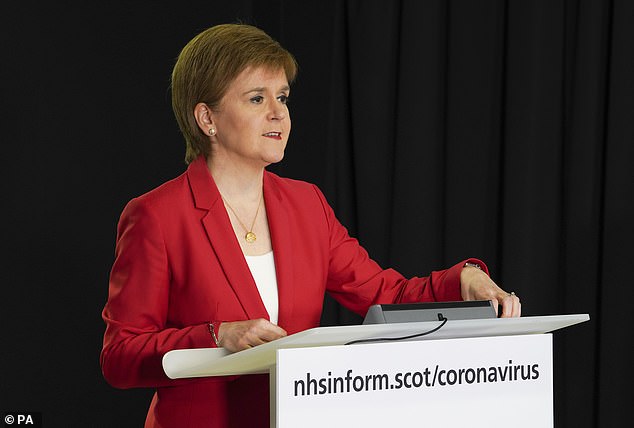 The First Minister stressed the rise in cases is through patients suspected to have the virus, with confirmed cases down 14 in 24 hours to 1,131

‘But 2,000 lives as a result of not locking down earlier is something no one can support.

‘We are all dealing with a virus that wasn’t known about 150 days ago.’