Experts have revealed a number of ‘red alert’ suburbs Australia that are that are likely to face the highest levels of unemployment during the coronavirus economic downturn.

A map using the Employment Vulnerability Index (EVI) shows that existing disadvantaged areas are likely to be disproportionately affected by unemployment.

Meanwhile, some suburbs that were not previously struggling are now becoming ’emerging disadvantaged job loss areas’.

Australia’s unemployment rate is expected to reach 10 per cent in June and according to the new EVI map, some suburbs will be hit much harder than others.

Sydney suburbs in red are at a high risk of unemployment while those in Amber are at a medium risk. Blues and purples indicate a low risk of job loss 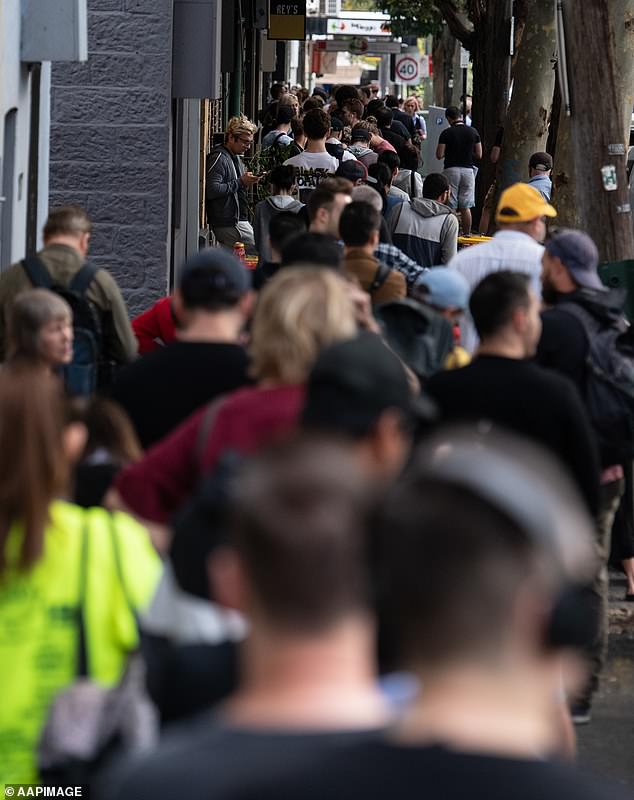 In regional NSW, Wollongong areas Warilla and Berkley, Newcastle localities such as Abermain and Beresford and Wyong on the Central Coast were considered to be some of the most at risk.

The city had the most ’emerging disadvantaged job loss localities’ out of all the capital cities with 16 suburbs listed including Craigieburn, Epping, Gladstone Park, Dromana and Rosebud.

The Geelong suburbs of Corio, Norlane, Newcomb and Moolap as well as Ballarat’s Wendouree and Miners Rest and Bendigo’s California Gully and Eaglehawk were all existing disadvantaged areas. 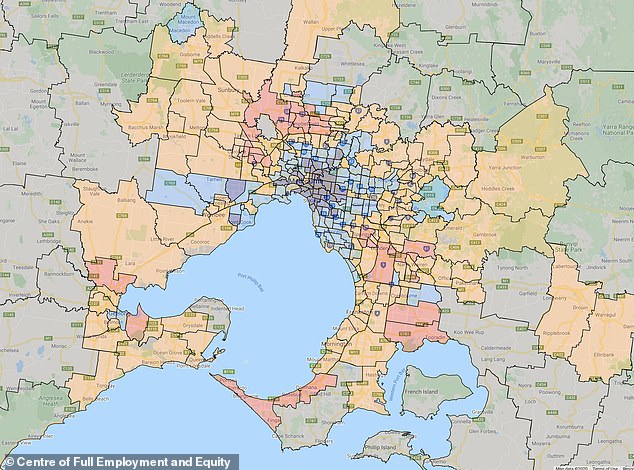 The Brisbane areas of Redland Islands, Logan Central, Eagleby, Inala, Richlands and Beenleigh were most at risk.

Tasmania had the most disadvantaged job loss areas with 34.94 per cent followed by South Australia at 22.22 per cent.

In Hobart, the suburbs of Bridgewater, Gagebrook, Brighton, Pontville, Mornington and Warrane were most at risk.

Meanwhile in Adelaide, the most at risk suburbs were Davoren Park, Elizabeth, Paralowie, Hackham, Huntfield Heights, Onkaparinga Hills and The Parks.

Perth areas Mandurah, Pinjarra, Greenfields, Halls Head, Erskine, Dawesville, Bouvard and Coolongup were among some of the ‘red alert’ areas.

The country’s capital Canberra only had one ‘red alert’ area, which was Acton.

Meanwhile, Darwin had no at risk areas with all suburbs falling below the average level of unemployment. 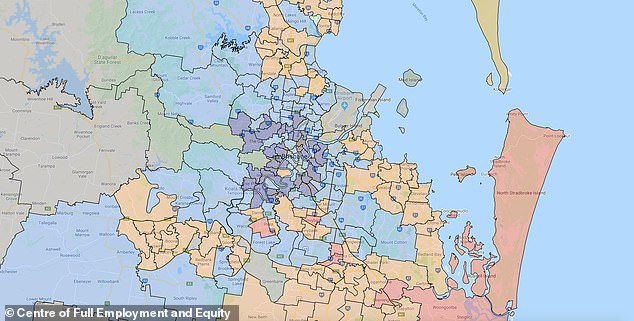 The Brisbane areas of Redland Islands, Logan Central, Eagleby, Inala, Richlands and Beenleigh were most at risk

As a result of mass unemployment, 1.4 million people are now receiving the JobSeeker allowance.

Meanwhile, JobKeeper allowances are covering businesses that employ 5.5 million workers across the country. 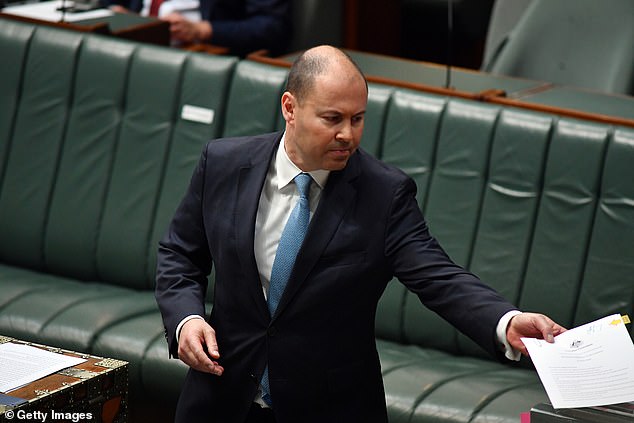 The worst hit suburbs in Sydney, Melbourne and Brisbane

Figures show the ‘standard deviation above average’. The higher the deviation, the more ‘at risk’ of unemployment an area is.