Across the Big Apple, more than 27 percent of the nearly 1.5 million tests came back positive for a built-up immune response against COVID-19, the disease caused by the virus.

Among the five boroughs, the highest rate of positive antibody tests was in the Bronx – of which half the neighborhoods live in high or extreme poverty – at 33.1 percent.

Meanwhile, Manhattan – where residents have a median income of about $109,000 – had the lowest rate at 19 percent.

The data shows a tale of two cities, in which residents of more poverty-ridden neighborhoods had higher exposures to the virus due to their jobs and living conditions, while more affluent towns were either able to telecommute or flee to their summer homes and other vacation destinations.

The Bronx was the borough of New York City that had the highest rate of positive coronavirus antibody tests at 33.1% while Manhattan had the lowest rate at 19%. Working-class areas were much more likely to have high rates compared to affluent neighborhoods 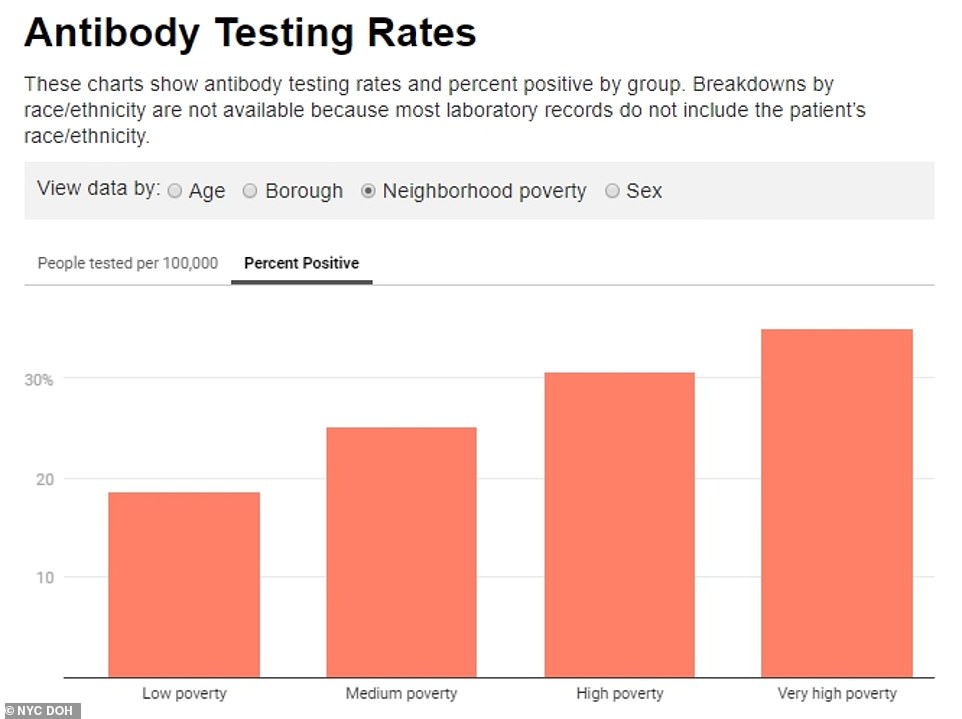 In ZIP codes classified as ‘very high poverty,’ 35% of residents tested positive for COVID-19 antibodies compared to 18.5% of those in ‘low poverty’ areas (above) 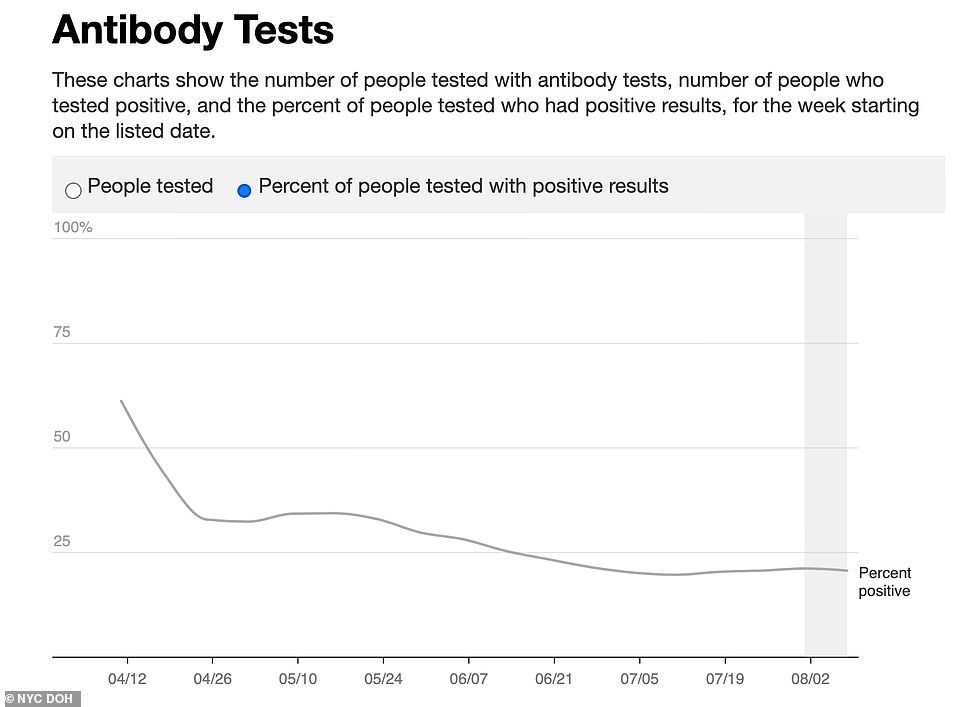 Of the nearly 1.5 million coronavirus antibody tests in New York City, more than 27% came back positive (above) 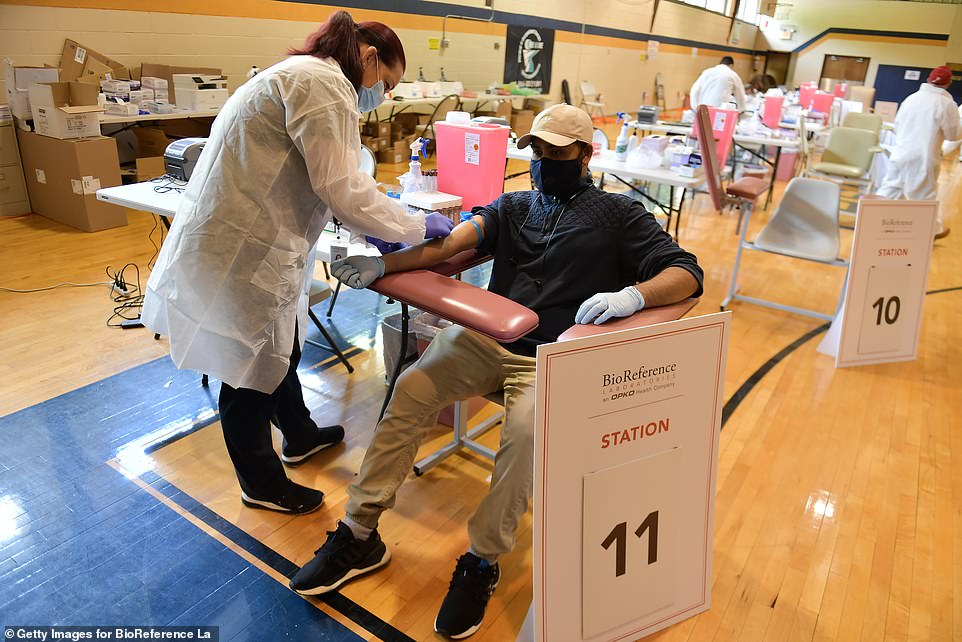 The ZIP code with the highest rate of positive tests was 11368, which makes up Corona, a majority-Hispanic neighborhood in Queens.

But experts say that’s not surprising. Corona is mostly made up of workers who have so-called ‘essential’ jobs, which increases the risk of exposure, as well as crowded households and a high reliance on public transportation.

The second hardest hit ZIP code was 11219, which is the Borough Park neighborhood of the Bronx, at 46.8 percent positive.

Borough Park is home to a large Hasidic Jewish population, which is made up of large, close-knit families that often shun outsiders.

Additionally, many religious leaders recommended that synagogues and schools remain open even after health officials advised them to close.

Many Hasidic Jews in the city contracted the disease in early March when they celebrated the holiday of Purim with big parties and gatherings, while many other towns with Jewish denominations, such as Reformed and Conservative, canceled their festivities.

The data shows that New York City residents were more likely to test positive if they lived in low-income neighborhoods.

For example, 35 percent of people living in ‘very high poverty’ ZIP codes – in which one-third or more live below the Federal Poverty Level – tested positive.

A little more than 30 percent of people in ‘high poverty’ ZIP codes, where between 20 and 29.9 percent live below the poverty line, had antibodies. 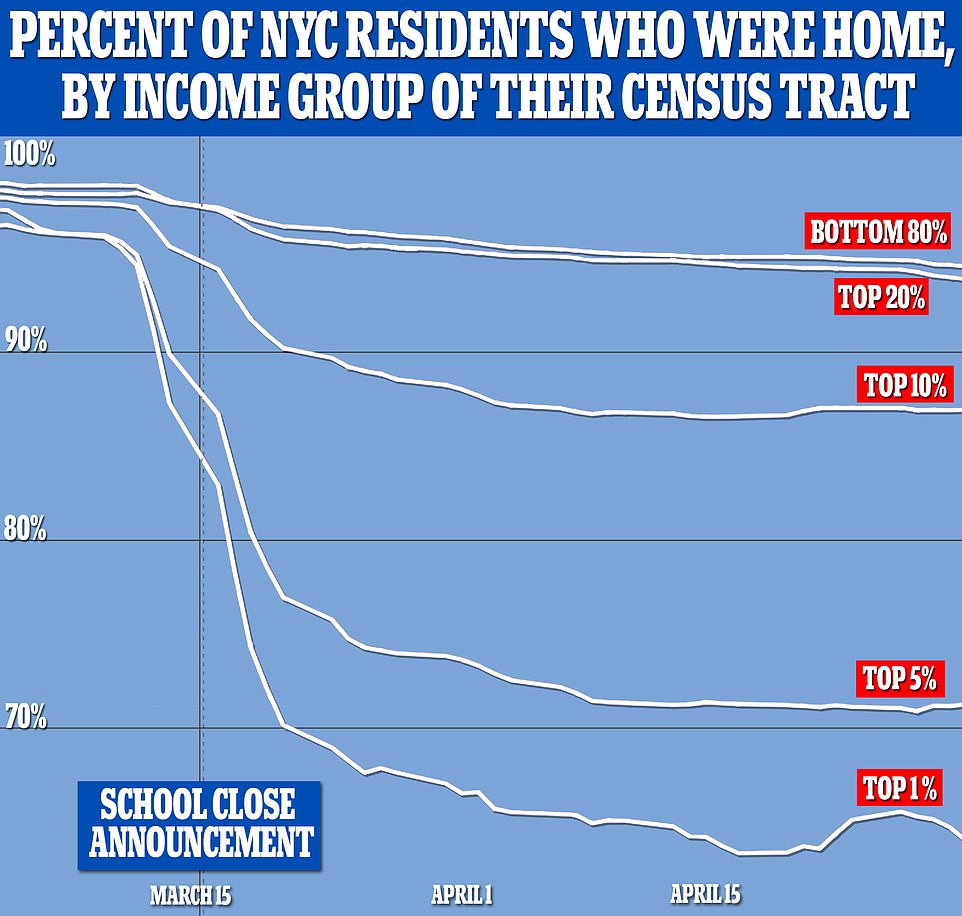 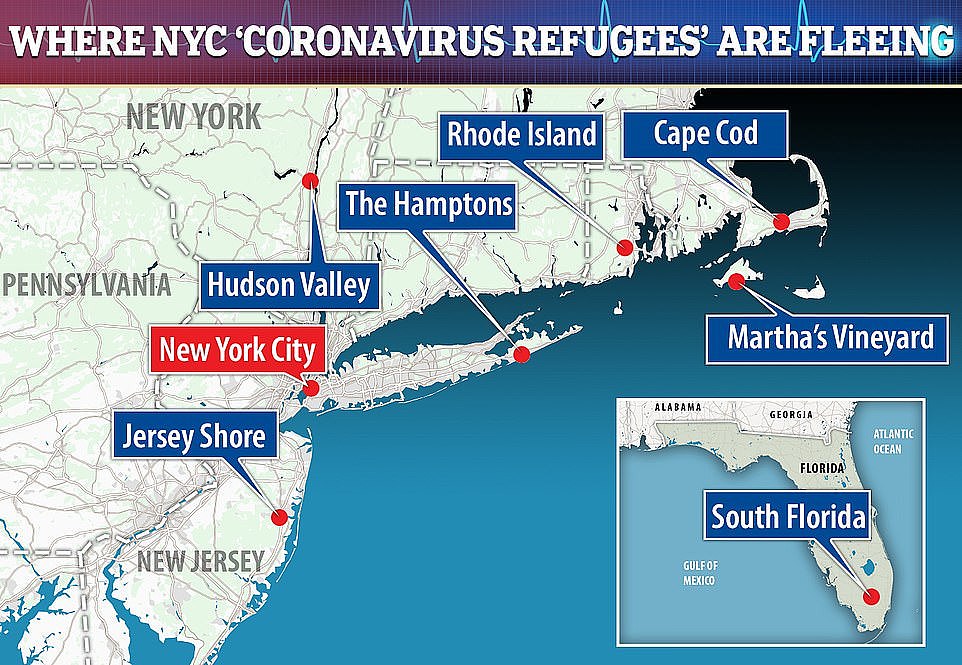 The lowest rate came from a ZIP code in Long Island City, Queens, a relatively newly-developed area with several high-rises. Only 12.4 percent tested positive for antibodies.

Many Manhattan ZIP codes also had rates below 13 percent, mainly in Financial District, SoHo, Upper West Side, and Upper East Side neighborhoods.

Interestingly, no neighborhoods below 96th Street – a major crosstown thoroughfare and the border between ritzy Manhattan and less well-to-do areas – had a rate above 20 percent.

The lowest rate in Brooklyn, 13.2 percent, was in Park Slope, an area with historic brownstones and an average household income of about $167,000.

The lower rates among Manhattan neighborhoods are not just due to residents having better access to healthcare or jobs that enable them to work remotely.

It’s also because a great number of wealthy residents fled as the pandemic gripped the city. 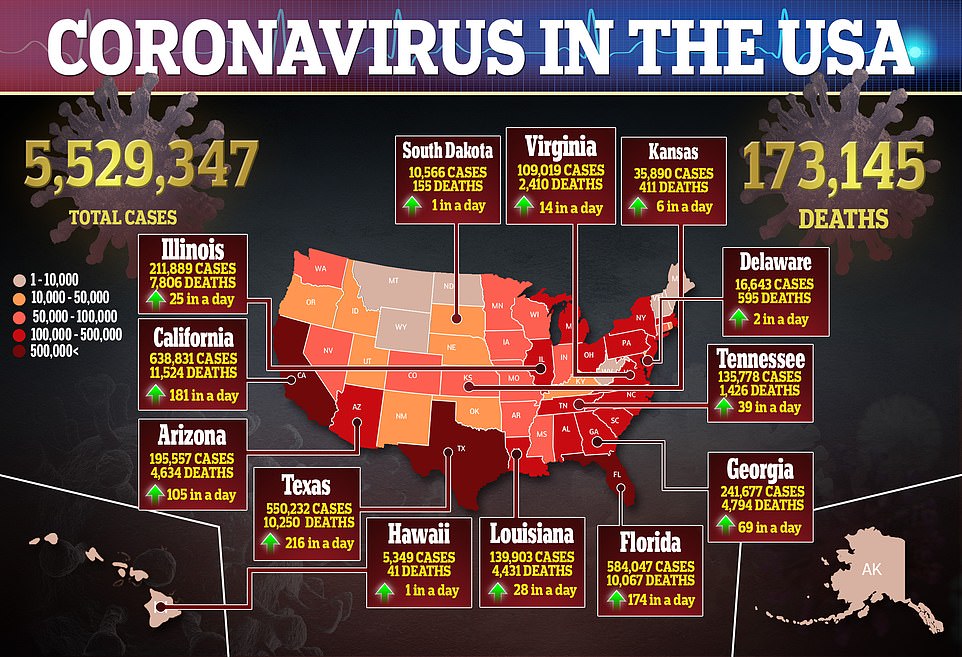 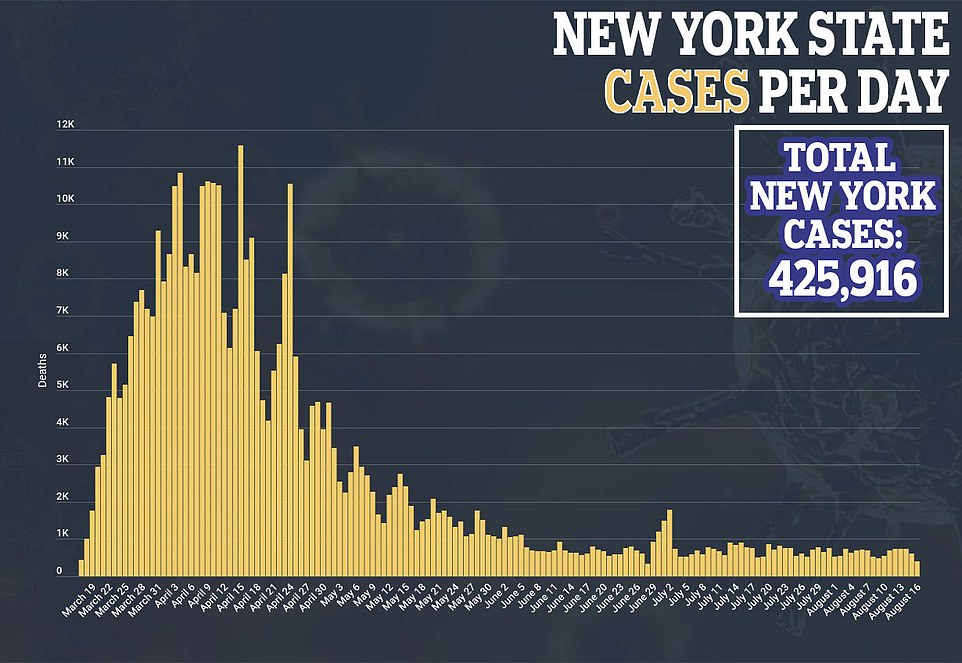 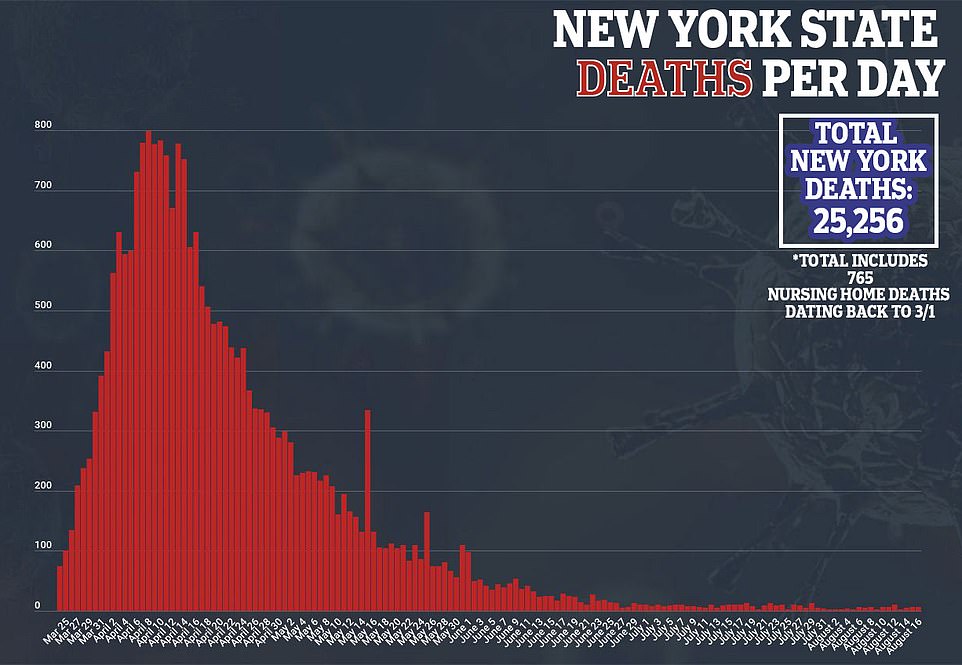 Smartphone data analyzed by The New York Times found that five percent of the Big Apple left between March 1 and May 1.

That means about 420,000 residents out of nearly 8.4 million people headed to popular destinations such as Martha’s Vineyard, Cape Cod, Rhode Island, the Hamptons, the Hudson Valley, the Jersey Shore and southern Florida.

While there was relatively little change in some ZIP codes, others such as SoHo, the West Village, Morningside Heights, the Upper East Side, the Financial District, Midtown, Gramercy and Brooklyn Heights emptied by at least 40 percent.

Mail-forwarding requests showed that Miami, Los Angeles and Virginia were among the top destinations to where New York City residents moved.

Income was perhaps the strongest indicator of how many residents in a particular neighborhood had fled with nearly 90 percent of the top 10 percent leaving.

The residents of these wealthy neighborhoods where more than 25 percent fled are overwhelmingly white, about 68 percent.

However, this is not representative of New York City’s population because less than half the city – 42.7 percent – is white, according to US census data. 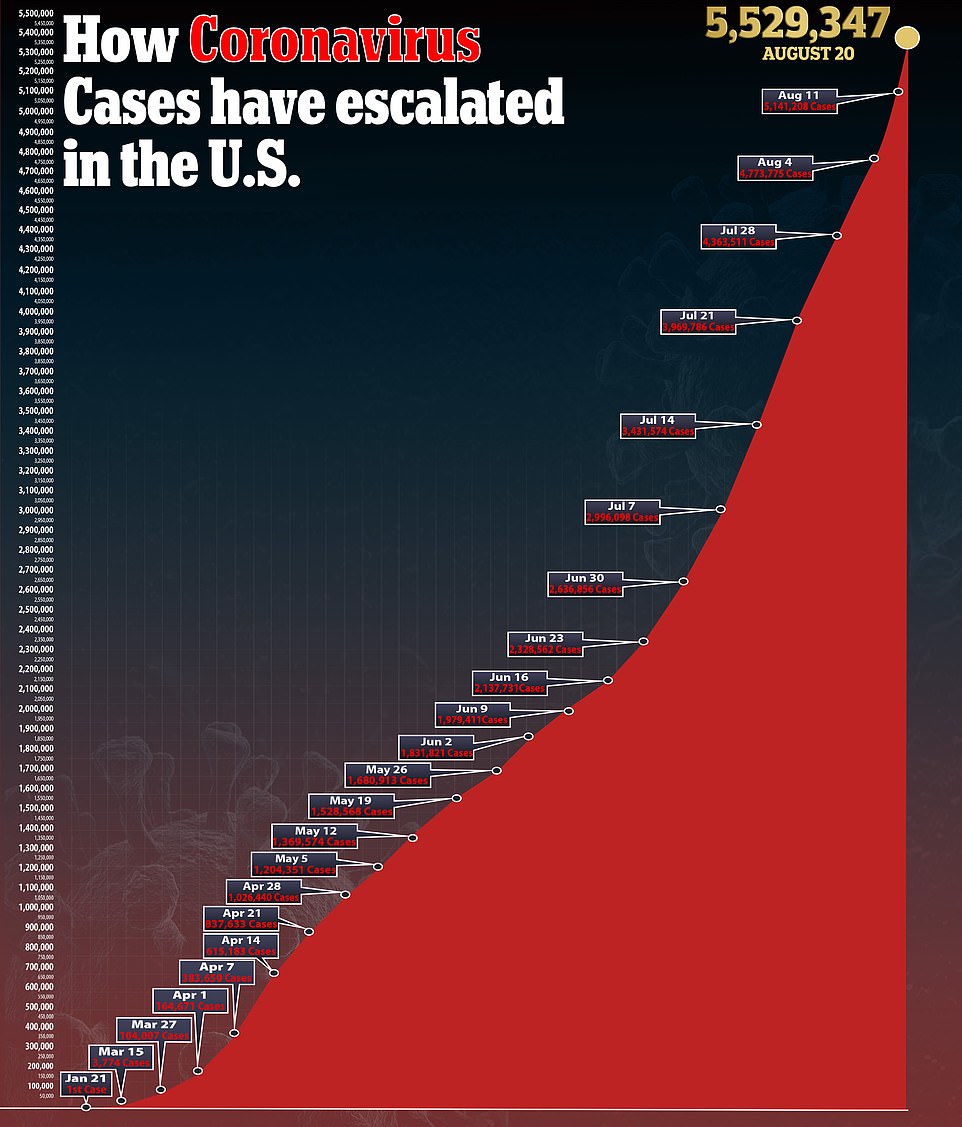