Coronavirus may have been in Europe in NOVEMBER

The coronavirus may have arrived in Europe as early as November last year, French scientists have revealed.

Dr. Michel Schmitt, from Albert Schweitzer Hospital in Colmar, northeastern France, and his team of researchers examined thousands of chest X-rays from late 2019 and were able to identify two scans that were ‘consistent’ with the symptoms of Covid-19.

The scans, which were identified between November 16 and November 18, now cast a new light on when the coronavirus crisis first hit Europe as scientists continue their search for ‘patient zero’.

The scans, which were obtained by NBC News, were among almost 2,500 X-rays that Mr Schmitt’s team analysed and show the virus was in the country before its first reported case on January 24.

The team of scientists found that the first case of the coronavirus dated back to November 16- weeks before it was officially reported in France. Pictured: The chest scan of one of the patient’s with coronavirus

Pulmonologist and global health expert at the University of Washington Dr Vin Gupta, who analysed the X-Rays, told NBC News: ‘This fits a pattern we’re seeing with coronavirus — especially early coronavirus infection where you’re seeing some abnormalities in some parts of the lungs but not abnormalities everywhere.’

Dr Schmitt’s team were also able to identify 12 cases of coronavirus in December and 16 in January.

However the scientist said that conclusions could not yet be drawn and his team would now be looking at X-rays dating back to October in an effort to map out the spread of the virus.

He told NBC News: ‘We can only manage the future if we understand the past. Today, we clearly do not understand this outbreak.’

He added: ‘This could completely change the government’s management strategy.’

The team’s findings come just weeks after French doctor Dr Yves Cohen, head of resuscitation at several hospitals in Ile-de-France, Paris, revealed he had found a positive test for coronavirus on December 27.

Dr Cohen’s team, who had re-tested old flu samples, said the new patient sample testing has confirmed the virus was in France before it was officially reported.

His team revisited negative tests for coronavirus and the flu of 24 patients who were admitted to hospital with respiratory symptoms in December and January, he told French channel BFMTV. 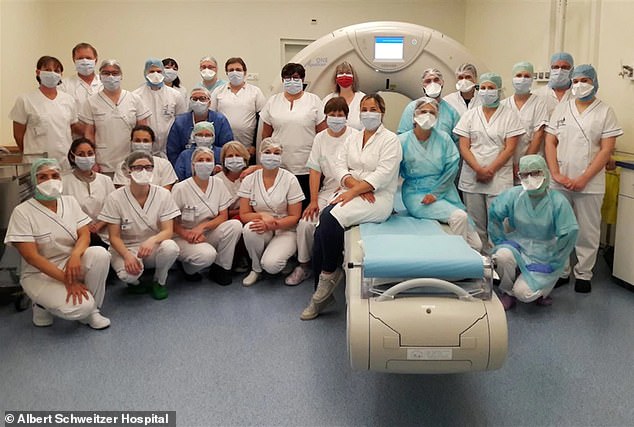 The team of researchers at Albert Schweitzer hospital have been analysing almost 2,500 X-rays 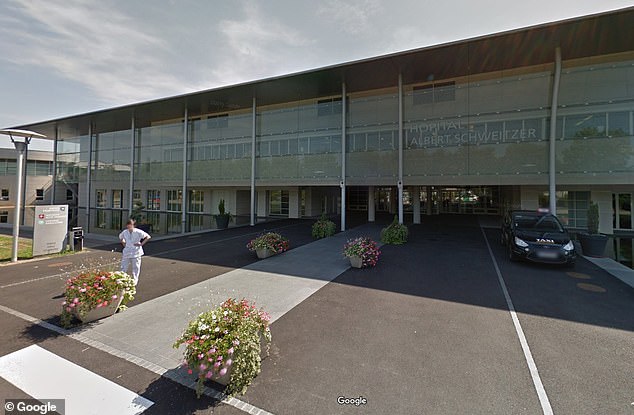 A man, now in good health, was identified as carrying coronavirus but Dr Cohen said the man was ‘surprised’ as he did not understand how he was infected.

He told BFMTV: ‘Of the 24 patients, we had one positive result for Covid-19 on 27 December when he was in hospital with us.’

However Dr Cohen said at the time that it was too early to know if the patient was France’s ‘patient zero’.

He added: ‘He was amazed, he didn’t understand how he had been infected. We put the puzzle together and he had not made any trips. The only contact that he had was with his wife.’

In February, five Britons were diagnosed with coronavirus in the Alpine village of Contamines-Montjoie near Mont Blanc after they caught the virus from a Brighton man who stayed at the same resort.

This middle-aged patient had flown from Singapore to the ski resort but  only displayed symptoms of the contagious virus on his return to the UK.

The anonymous patient was rushed 55 miles to a specialist infectious diseases unit at Guy’s Hospital in London where he was quarantined as the third coronavirus patient on British soil.

Six other UK nationals who had come into close contact with them at the resort were also taken to hospital in Lyon, Saint-Etienne and Grenoble. 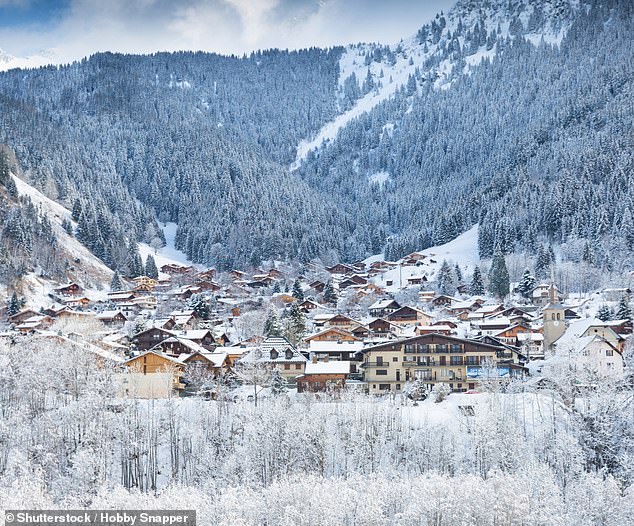 Pictured: The Les Contamines alpine village in the French Alps where five Britons were diagnosed with the virus in February

The new evidence comes as France begins to lift its lockdown restrictions and slowly begins to reopen its schools.

People will be allowed to travel within 100km (60 miles) of their homes without giving a reason for their movement.

He told Sweden’s TT news agency: ‘There wasn’t any spread [of infection] outside Wuhan until we saw it in Europe later.

‘But I think that you could find individual cases among Wuhan travellers who were there in November to December last year. That doesn’t sound at all strange, but rather very natural.’

Sweden – one of just a handful of countries to resist a lockdown – has no plans to implement large-scale sample testing of patients who received care for respiratory symptoms or flu last year to see if they had coronavirus.

The country’s first official coronavirus case was a woman in Jönköping who tested positive on January 31 after a trip to China. The woman has since recovered from the illness.

The first case of the virus in Wuhan, China, was first brought to the attention of the World Health Organization (WHO) on December 31.

The country reported several cases of an unusual pneumonia and according to the authorities some of the patients were operating dealers or vendors in the Huanan Seafood market.

On January 13, the WHO confirmed the first case outside of China in Thailand.