Coronavirus: Melbourne case clusters may have cultural cause

Cultural confusion over the lifting of lockdown restrictions has contributed to a fresh coronavirus outbreak in Melbourne, ethnic community leaders believe.

Victoria is fighting a second wave of COVID-19 infections as the state recorded 17th consecutive day of double-digit infections on Tuesday.

Six local government areas across Melbourne may be forced into mandatory lockdown following a concerning spike in new cases.

They include Hume and Brimbank in the city’s north and west, Casey and Cardinia in the southeast, along with Moreland and Darebin in the north.

All six districts have a significant proportion of foreign born households and residents who speak Englis­h as a second language.

Brimbank in Melbourne’s west has been identified as a new coronavirus hotspot. Pictured is a family at  Brimbank Shopping Centre on Monday

He believes it’s the result of confusing messaging and general community complacency as lockdown restrictions eased in recent weeks.

‘I think there was a little bit of complacency,’ Mr Micallef told The Australian.

‘I think the message started to get lost.’

Victoria needs to ‘lift our game’ in ensuring the message gets out to ethnic communities, he told the ABC.

Islamic Council of Victoria vice-president Adel Salman said while he believed people were ‘aware of the advice’ and health information was being widely spread, he agreed the new surge in infections is the result of eased lockdown measures. 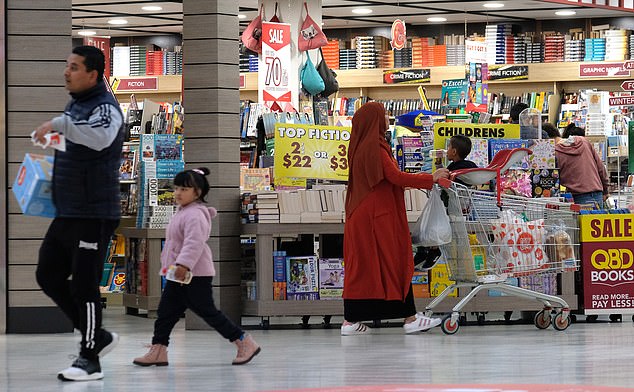 Cultural confusion over the lifting of lockdown measures may have resulted in a second wave of coronavirus infections in Melbourne. Pictured are shoppers in Broadmeadows

The coronavirus clusters have high numbers of foreign born households, and people who speak English as a second language.

In neighbouring Hume, nearly 30,000 residents speak either Turkish or Arabic and 35.7 per cent of people were born overseas.

Darebin also has a high immigrant population, with 33.3 per cent born overseas, as does Casey with 38.2 per cent.

In Moreland, it’s 34 per cent but in Cardinia it’s 19 per cent, less than the national average. 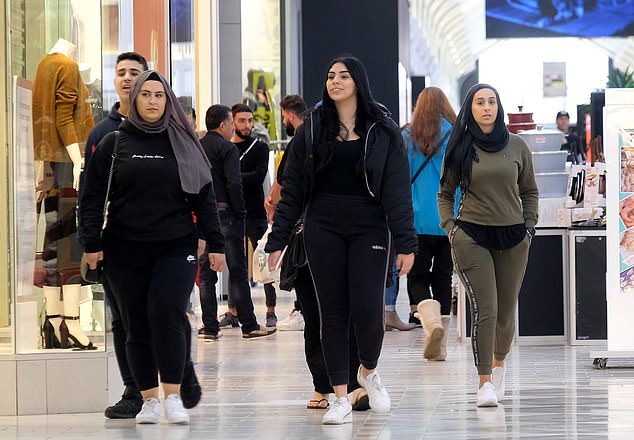 The new coronavirus clusters has prompted the Victorian government to launch a new campaign to reach those from different cultures or speak another language.

‘This is designed to make sure our public health message is reaching everyone in our state, and everyone is aware about risks and their obligations,’ Victorian health minister Jenny Mikakos said.

‘We’re going to focus on shopping centres and train stations as well, and … there will be doorknocking and there will be roundtables with multicultural communities in hotspot areas.’

‘Given that some of these communities are isolated and difficult to reach, I think the more resources, especially in their first language…is a step in the right direction,’ he told SBS News.

‘Provided they get the appropriate information and support by their leaders, their church groups, and the government putting in resources, I think we can get back to where we were in a much more comfortable position in combating the virus.’

HOW CORONAVIRUS IS HITTING POORER HOUSEHOLDS IN MELBOURNE

The six districts facing lockdown in Melbourne after a spike in coronavirus cases are disadvantaged and have higher numbers of foreign born residents.

Languages other than English: 58.4%

Languages other than English: 58.4%

Languages other than English: 38.2%

Languages other than English: 37%

Languages other than English: 35.8%

Languages other than English: 11.2%