An elderly Australian dubbed the ‘Miracle Man’ after surviving coronavirus despite coming close to dying has made a desperate plea to Australians.

Brisbane grandfather Graham Brasch, 77, was on multiple occasions told by doctors he was on death’s door as he battled COVID-19 for four months.

Brisbane grandfather Graham Brasch, 77, (pictured) has a message for those not taking COVID-19 guidelines seriously after he survived five near death moments while battling the virus

‘They have no idea of eventual pain that’s inflicted on these families. I ask you to be a little more respectful of humanity and goodwill towards, particularly, those nurses and doctors,’ he said.

The Queensland man fell ill after returning from New York in March, having taken his wife Glenda overseas for their 50th wedding anniversary.

He was rushed to the Royal Brisbane and Women’s Hospital in an ambulance and told Seven News the last thing he remembered was seeing the emergency sign.

The grandfather had contracted coronavirus and fell into unconsciousness in the intensive care unit. 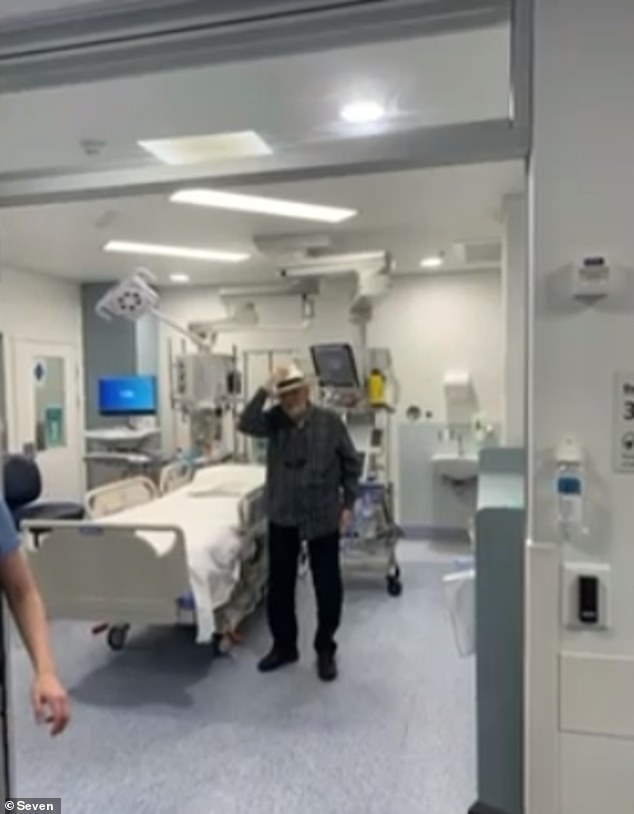 ‘It attacked every organ in my body, I was on dialysis for three weeks, my kidneys are a bit sick, my heart is still not good,’ he said.

His lungs presented the biggest problem and he needed help breathing for five weeks.

His wife Glenda said it was touch and go for a while and she feared she was going to lose her husband.

She praised the doctors and nurses at the hospital for helping nurse her husband back from the brink of death.

‘They call me the “miracle man” and all this bullsh*t,’ he joked.