State epidemiologist Anders Tegnell claimed individual cases would have been detected among travellers from Wuhan.

He told Sweden’s TT news agency: ‘There wasn’t any spread [of infection] outside Wuhan until we saw it in Europe later.

‘But I think that you could find individual cases among Wuhan travellers who were there in November to December last year. That doesn’t sound at all strange, but rather very natural.’

His comments come following reports that a hospital in France revealed it had re-tested old flu samples and found a positive test for coronavirus on December 27.

Sweden – one of just a handful of countries to resist a lockdown – has no plans to implement large-scale sample testing of patients who received care for respiratory symptoms or flu last year to see if they had coronavirus.

The country’s first official coronavirus case was a woman in Jönköping who tested positive on January 31st after a trip to China. The woman has since recovered from the illness.

‘It’s not something that’s being discussed in a structured way,’ said Tegnell.

‘At the moment it feels like we don’t want to burden the healthcare sector with this type of investigation. They have a lot of other things to do, and this would not lead to any measure.’ 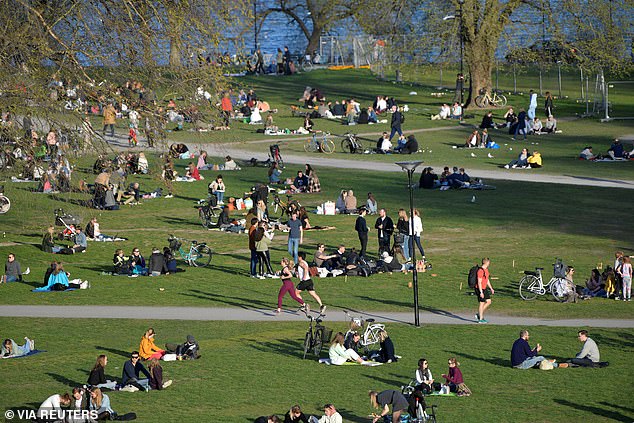 Above, people socialise in Stockholm on April 22. The country is one of very few not to have imposed a lockdown

He added: ‘Instead, what could be interesting to find out is how the virus spread in China and how it behaved in the early stages of its spread. If it was an individual spread from an animal to a person or if it spread to a group of people over a longer period of time.’

‘There aren’t many instances where we have been able to track a contagion of a completely new virus from animals to humans. We don’t have much knowledge of how this happens in reality,’ he explained.

‘It would be valuable to see how people could protect themselves against this type of development in the future.’

Around 100 people from the Swedish Armed Forces attended the 2019 Summer Military World Games in Wuhan in late October and stayed in the city for two weeks.

Several competitors fell ill and were screened for the virus, although none were reported to have tested positive.

While Sweden has avoided introducing a lockdown, it has banned visitors from care homes in one of its few restrictive measures.

Swedish prime minister Stefan Lofven has previously said that ‘it is not the number of hours of sunshine or temperature that decides whether to listen to the advice of the authorities or not.’

The government advises people to wash their hands and practise social distancing, but most measures are not enforced.

There have so far been close to 23,000 cases of coronavirus in Sweden and nearly 2,800 deaths recorded.

Tegnell’s revelations follows new report than a man in France was infected with coronavirus in December.

Amirouche Hammar, 43, revealed himself as France’s potential ‘patient zero’ who was infected with coronavirus last December.

He came forward after a hospital near Paris revealed it had re-tested old flu samples and found a positive test for coronavirus on December 27.

The Algerian-born fish market worker had not travelled to China, and the result suggests the virus was spreading in France well before January 24 when the country confirmed its first case.

Speaking to BFMTV, Hammar said he had suffered ‘very serious’ chest pains but said doctors had been mystified by his illness before eventually diagnosing a lung infection. 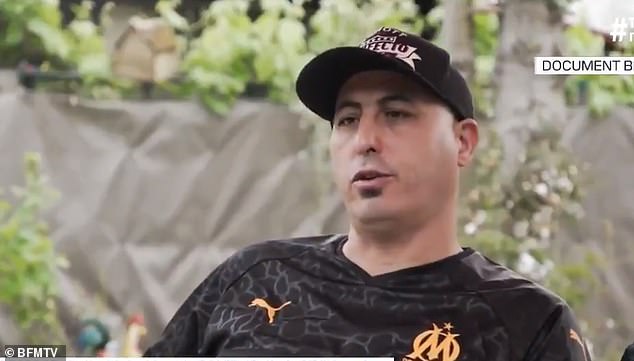 Although experts have urged caution about the findings, the WHO said today it was ‘not surprising’ that a case had occurred in December and said that more such discoveries were possible.

‘It’s also possible there are more early cases to be found,’ WHO spokesman Christian Lindmeier told a UN briefing in Geneva.

He encouraged other countries to check records for cases in late 2019, saying this would give the world a ‘new and clearer picture’ of the outbreak.

It is not clear how Hammar caught the virus, because he has no direct links to China where the outbreak began late last year.

Hammar’s wife works at a supermarket near Charles de Gaulle Airport in Paris where passengers are known to go shopping after they land.

The doctor who revealed the case said the patient’s wife had worked at a fish market with colleagues of Chinese origin.

‘We’re wondering whether she was asymptomatic,’ said Dr Yves Cohen of the Avicenne hospital where Hammar was treated.

Hammar, who lives in Bobigny, said Dr Cohen had contacted him in recent days and informed him he was ‘100 per cent positive’ for the virus.

At the time, he had symptoms including a fever, cough and breathing problems which are now known to be symptoms of Covid-19.

He initially suspected flu, but was puzzled by the symptoms and went to hospital where he was given a breathing mask.

‘At 5am I decided to take my car and I went straight to the hospital,’ he said.

‘I said we must call the doctor right away, something is wrong, I have chest pain,’ he said, saying it was affecting his breathing. 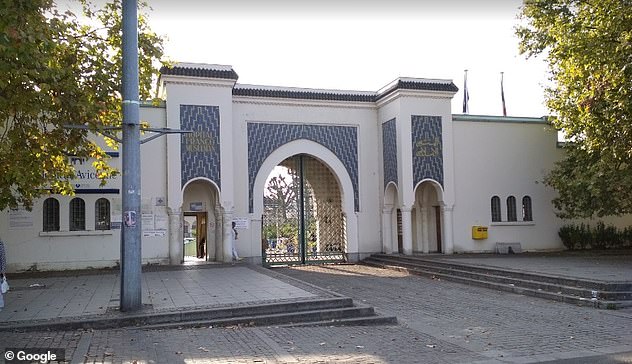 Medics struggled to identify what was wrong with the 43-year-old, but told him it may be a lung infection and warned that his illness was ‘very serious’.

After several days in hospital he returned home and eventually recovered, not realising he had been infected with the new virus.

China reported the new virus to the World Health Organisation on December 31, but there were no confirmed cases abroad until January 13 and France did not officially record its first until January 24.

Dr Cohen said scientists at two hospitals had re-tested samples from 24 patients, of which one came back positive.

The results, published in the International Journal of Antimicrobial Agents, showed that Hammar was infected ‘one month before the first reported cases in our country’.

The samples had all been collected to detect flu using PCR tests, the same screening process that can also be used to detect the presence of coronavirus.

Each sample was re-tested several times to ensure there were no errors, he added. 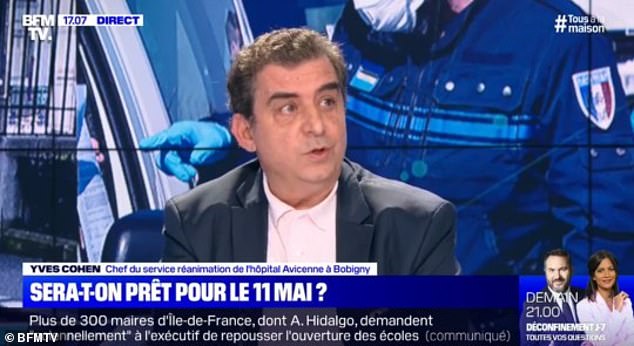 Dr Cohen said it was too early to say for sure whether Hammar was France’s ‘patient zero’.

‘He may be the ‘patient zero’, but perhaps there are others in other regions,’ he said.

‘All the negative PCRs for pneumonia must be tested again. The virus was probably circulating.’

‘He was amazed, he didn’t understand how he had been infected. We put the puzzle together and he had not made any trips. The only contact that he had was with his wife,’ he said.

Olivier Bouchaud, head of the hospital’s infectious diseases department said the virus could have spread ‘quietly in the population, without anyone detecting its presence’.

Evidence of earlier infections would confirm what many scientists had already suspected, he said.

Stephen Griffin, an expert at the University of Leeds’ Institute of Medical Research, said it was ‘a potentially important finding’ and added: ‘We must be cautious when interpreting these findings.’

Jonathan Ball, a professor of molecular virology at the University of Nottingham, said it was ‘not impossible that it was an early introduction, but the evidence isn’t conclusive by any means’.