Coronavirus UK: Mass vaccination could be just ‘three months away’ according to Government sources

Coronavirus vaccination could be just ‘three months away’ in Britain, Government sources have revealed.

Every adult in the country could be vaccinated against Covid-19 as soon as Easter as plans are put in place to train an army of careworkers to administer the jab.

It comes just days after it was claimed that Britain’s rising coronavirus infection rate may actually speed up vaccine trials and move the world one step closer to eradicating the disease.

But scientists are sceptical and say it could be much longer before full vaccination can be carried out, reported The Times.

Earlier this week a Royal Society report warned there would be significant challenges in distributing and producing the vaccine on such a mass scale.

‘We’re talking about six months, nine months . . . a year. There’s not a question of life suddenly returning to normal in March.’

Oxford University has been running human trials on a vaccine since April and there are hopes it could be approved by regulators by Christmas.

Government sources involved in the much-anticipated vaccine said it would be less than six months before a full programme, excluding children, would be ready.

Plans to speed up the process include the creation of drive-thru vaccination centres and rules allowing more staff to give the jabs.

The armed forces could even be drafted in for extra help.

‘We are looking at closer to six months and it is likely to be far shorter than that,’ a government source said.

It is hoped scientists will know if it prevents at least 50 per cent of infections, the threshold for success, by the end of this year.

Prof Shah added that some 20,000 people would need to be recruited by the NHS to deliver the drug and that field hospitals may have to be built for the mass vaccination programme. 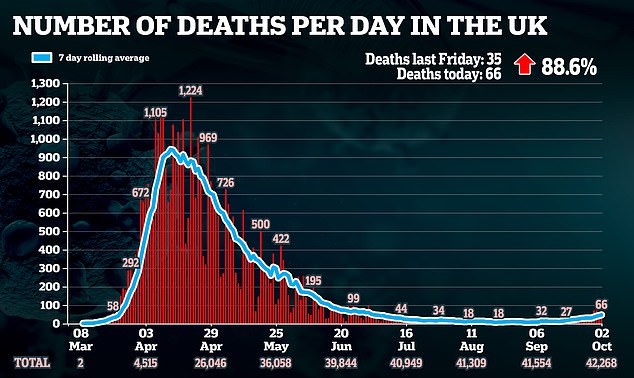 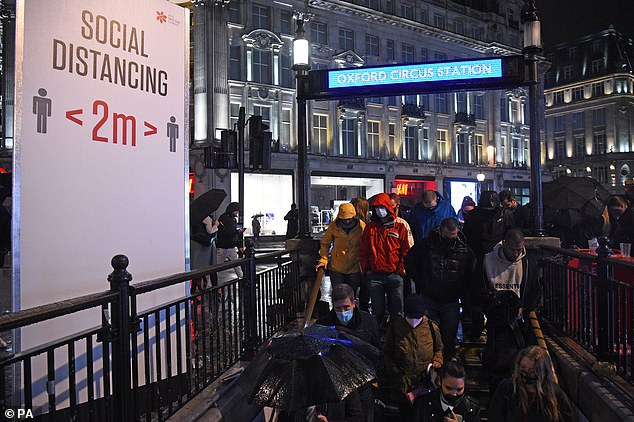 It comes after it was revealed New York-based company Codagenix plans to begin experiments of its vaccine in London by the end of the year.

The jab will be of a type called a live attenuated vaccine, meaning people will be given a genetically-modified version of the coronavirus that is weaker than the real thing but still infectious.

Live attenuated vaccines — such as the MMR jab — work by stimulating the immune system in the same way that real Covid-19 would, but by relying on viruses unable to cause severe illness.

Codagenix says its vaccine was successful after a single dose in animal trials and is designed to produce immunity against various parts of the coronavirus, rather than just the ‘spike protein’ on the outside that many others have focused on.

This could mean it would still work even if the virus mutated. Using a live virus may enable medics to create a type of immunity that is similar to what the body would make naturally.

The report comes after scientists suggested that Britain’s rising coronavirus infection rate may actually speed up vaccine trials and move the world one step closer to eradicating the disease.

The UK is now well and truly in the midst of a second wave, with 6,000 new cases every day and hospital admissions doubling every week.

Britons have been told they will need to live with tough new lockdown restrictions for another six months, with ministers banking on a jab being ready by then.

Oxford University’s front-runner vaccine candidate was supposed to be rolled out this autumn but trials came to a standstill when infection rates petered out over summer.

Studies had to be moved abroad to the likes of Brazil, the US and South Africa – where coronavirus was still rife – to test if the jab can prevent infection.

In order to prove beyond doubt a vaccine works, scientists need to inoculate tens of thousands of people then send them back into the community and wait for some to get infected.

This has been a sticking point for the Oxford team because there was barely any Covid-19 transmission for months in the UK. But experts have told MailOnline the one ‘silver lining’ to Britain’s climbing Covid-19 rates is that it could speed up this process.

British scientists will be the first in the world to carry out a controversial study where volunteers are deliberately infected with coronavirus in the race against time to find a vaccine.

The ‘challenge trial’ — which could rapidly accelerate the approval of experimental jabs — is said to be set to begin in January at a clinic in east London.

Participants will be infected with a dose of SARS-CoV-2, the virus that causes Covid-19, a month after being jabbed with a vaccine, according to the Financial Times.

The study, reportedly funded by the government, could help drug-makers test their Covid-19 vaccines without having to wait for volunteers to naturally catch the virus in the community.

Between 100 and 200 participants are expected to be recruited for the trial, which is being run by a US advocacy group that has campaigned for human challenge trials throughout the pandemic.

It’s unclear which vaccine candidate will be tested, but drug giants AstraZeneca and Sanofi have both insisted they aren’t taking part. MailOnline has approached Imperial College London — Britain’s other jab front-runner — for comment about its involvement.

Challenge trials are commonly deployed by scientists trying to develop a vaccine and have been used in malaria, typhoid and flu. But, unlike those illnesses, there is no proven treatment for people with mild coronavirus, so there is nothing to stop the participants falling seriously ill.

The vaccine to be tested in the project has not been named, and organisers are said to have earmarked a quarantine clinic run by hVivo in Whitechapel, London, to carry out the trials.

Drug researcher hVivo is linked to Queen Mary University of London, while Imperial College London is understood to be the project’s academic leader.

Around 2,000 potential volunteers have signed up to take part in challenge studies in the UK.

They have done so through 1Day Sooner, a US-based advocacy group which is made up of 100 leading experts including Nobel Prize-winning scientists.