Private tests to see whether people have already had the disease and recovered are now available from various online pharmacies from around £69.

Now the Government, which has previously been accused of trying to take control of coronavirus testing among the public, has slammed the brakes on private tests.

The Medicines and Healthcare products Regulatory Agency (MHRA) has confirmed it has told firms to stop analysing the blood samples people submit for testing.

‘Patient safety and public health are our main priorities and it is in the interests of everyone for antibody tests to be as reliable and meaningful as they can be,’ a spokesperson told MailOnline.

‘We are asking all providers of laboratory-based Covid-19 antibody testing services using capillary blood collected by a fingerprick to temporarily stop providing this service until home collection of this sample type has been properly validated for use with these laboratory tests.

‘Use of unvalidated sample types may lead to unreliable results and as such we are working closely with the service providers, laboratories and test manufacturers to resolve the regulatory and patient safety issues.

‘People who have purchased one of these sampling kits, and received an antibody test result, should not consider the result to be reliable and should not take any action on it.

‘This does not affect rapid point of care tests or laboratory tests performed using venous blood.’

At least two labs that process antibody tests using finger-prick samples are known to be affected by the move.

The news comes after Public Health England’s testing tsar, Professor John Newton, last week urged people not to pay for private tests and to wait for official ones.

And it comes after US health body the Centers for Disease Control warned antibody tests for Covid-19 may be wrong up to half of the time. 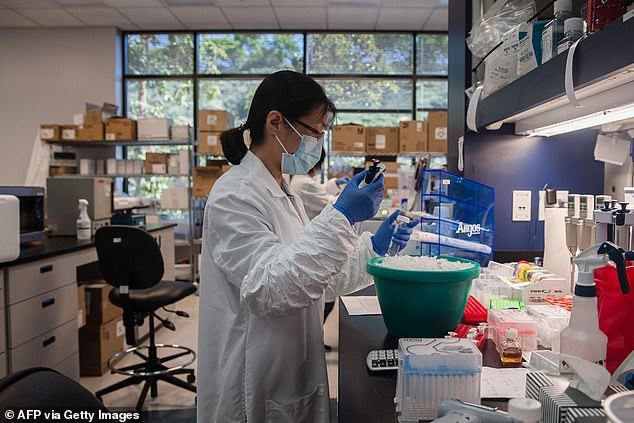 WHAT IS AN ANTIBODY TEST?

An antibody test is one which tests whether someone’s immune system is equipped to fight a specific disease or infection.

When someone gets infected with a virus their immune system must work out how to fight it off and produce substances called antibodies.

These are extremely specific and are usually only able to tackle one strain of one virus. They are produced in a way which makes them able to latch onto that specific virus and destroy it.

For example, if someone catches COVID-19, they will develop COVID-19 antibodies for their body to use to fight it off.

The body then stores versions of these antibodies in the immune system so that if it comes into contact with that same virus again it will be able to fight it off straight away and probably avoid someone feeling any symptoms at all.

To test for these antibodies, medics or scientists can take a fluid sample from someone – usually blood – and mix it with part of the virus to see if there is a reaction between the two.

If there is a reaction, it means someone has the antibodies and their body knows how to fight off the infection – they are immune. If there is no reaction it means they have not had it yet.

The Government has bought 10million tests from pharmaceutical giant Roche and will start using them on NHS and care staff from this week.

The MHRA and Department of Health officials are expected to meet tomorrow to discuss the issue.

The way antibody tests work is that someone takes their own blood sample, or a medical professional takes it for them, and that is posted off to a lab.

There, qualified technicians analyse the blood to look for antibodies for the coronavirus, which are immune system substances created when someone is infected with the virus.

People then receive a result in which the presence of antibodies – a positive result – indicates they have already had the virus, or the absence that they have not.

The lab analysis stage is now being blocked by the MHRA, MailOnline understands.

The best-known company providing antibody tests, Superdrug, voluntarily stopped issuing its tests last week because of immense demand, so it could get through all the ordered samples.

It did not confirm whether the MHRA rule had affected its service.

A spokesperson said: ‘We have been contacted by MHRA and are in ongoing discussions with them.’

The move comes after the Government’s testing tsar, Professor John Newton, last week urged members of the public not to pay for antibody tests.

Professor Newton, a medical director at Public Health England, told Parliament’s Science and Technology Committee on Friday that curious members of the public should wait until the Government could carry out approved tests on them.

CDC WARNS ANTIBODY TESTS ARE WRONG UP TO HALF THE TIME

Antibody tests for Covid-19 may be wrong up to half of the time, according to updated information from the Centers for Disease Control.

The CDC now warns antibody testing is not accurate enough for it to be used for any policy-making decisions, as even with high test specificity, ‘less than half of those testing positive will truly have antibodies’.

It urges caution with the test results as many false positives could lead people to believe they have an immunity to coronavirus and act accordingly.

Health care providers may need to test patients at least twice to give a more accurate reading, the new guidance posted to the CDC website adds.

There is currently a high level of inaccuracy in the testing, however, caused by how uncommon the virus is within the population.

If the infection has affected only a small number of people tested, it will have a magnified margin of error, the CDC explains.

It means that even a test with more than 90 percent accuracy can still miss half the cases if only five percent of the population has been infected.

The Government announced on Thursday that more than 10million antibody kits were being bought from pharmaceutical firm Roche for use in hospitals and care homes.

It comes after high street chains including Superdrug began to offer a home antibody test kit for £69.

Although the test it is using has been part-approved by PHE, Superdrug is asking people to take their own blood samples, which PHE has not approved.

The test is still legal however, and people can make their own decision about whether to take it.

When asked about the new home tests, Professor Newton said better tests would be available to the public soon.

He warned: ‘The public need to be aware that those tests are not the same as those we have evaluated and approved for use.

‘The laboratory-based tests have a much higher standard of accuracy. We wouldn’t recommend at the moment that people rely on the tests that are becoming widely available.

‘My advice would be to wait until we have better tests which will be available in a similar form very soon, though they are still under evaluation at the moment.’

Antibody testing has been ongoing throughout the pandemic and more than 230,000 people have been tested in a bid to try and work out what proportion of the population has had the virus.

Health Secretary Matt Hancock last week announced that early results suggested almost one in five people in London – 17 per cent – have already had the coronavirus, according to surveillance testing. 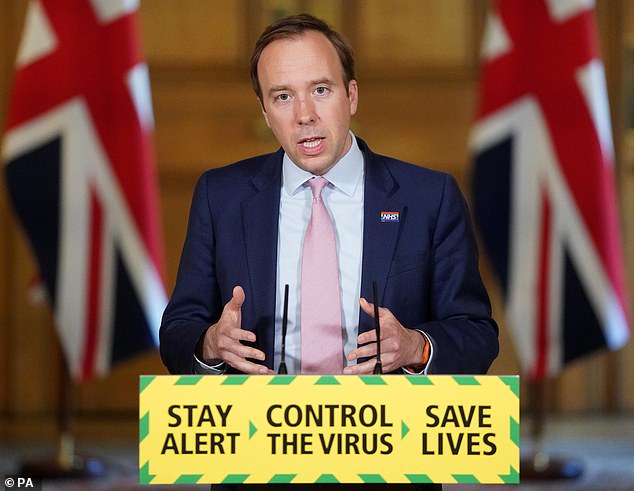 But none of the tests have so far been considered good enough to diagnose people on an individual basis – to tell them the results.

Tests made by giant pharmaceutical firms Roche and Abbott, however, have now been approved by the Government and will start to be used on medical and care staff this week.