The vicar who called for a review on lockdown fines handed to families travelling for childcare purposes is a former actor who was in TV crime dramas Boon and The Bill.

Reverend Martin Poole, the vicar of St Luke’s Prestonville in Brighton, raised the issue at the daily Downing Street press conference in a question to Matt Hancock.

The Health Secretary pledged to speak to the Treasury in his response yesterday to Mr Poole, but the Government has since confirmed there will no review of the fines.

Today, it emerged that Mr Poole is married with a grown-up twin daughters, both 26, and was in one episode of ITV’s Boon in 1991 alongside Michael Elphick and Neil Morrissey. 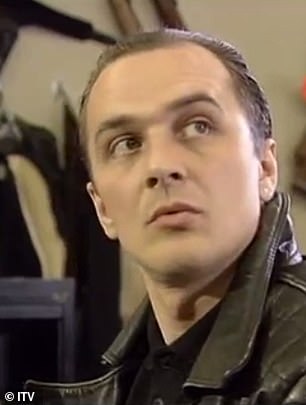 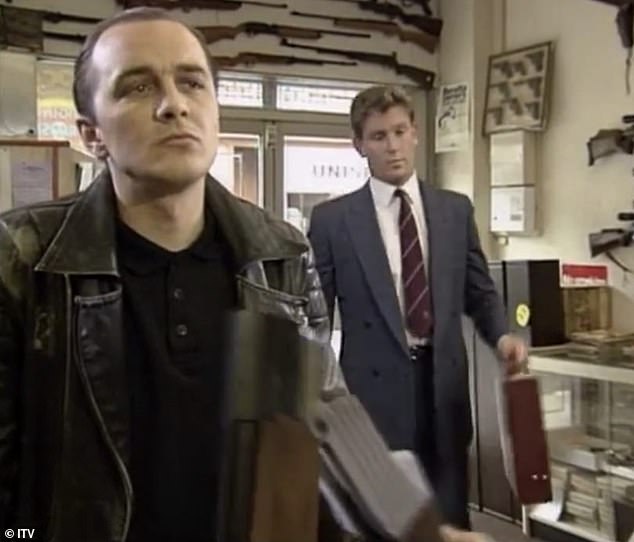 Mr Poole appeared in episode 56 of series six of The Bill, called Beat Crime (video above)

Before working as a priest, he ran a media branding and marketing consultancy which worked with companies such as ITV, Disney and other broadcasters.

Yesterday, Mr Hancock faced a string of questions over the ongoing row about the Prime Minister’s adviser Dominic Cummings travelling to Durham with his family.

Mr Poole, from Brighton, asked him: ‘Will the Government review all penalty fines imposed on families travelling for childcare purposes during lockdown?’ 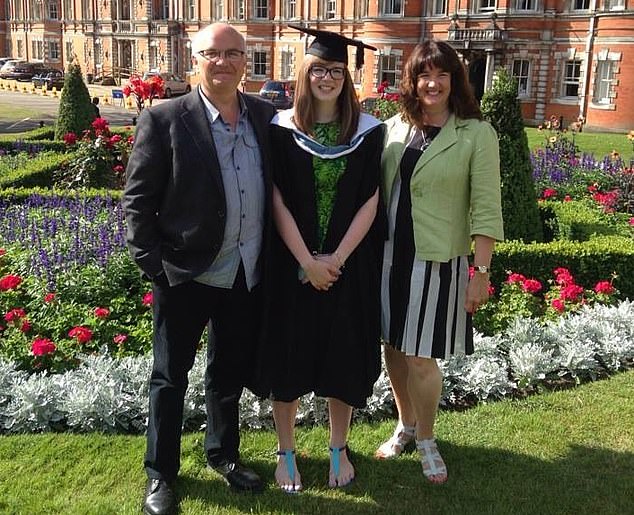 Mr Poole, who used to run a media branding consultancy, is married to Sally with a grown-up daughter called Esther (pictured at her graduation in 2014)

Mr Hancock vowed to give a ‘full answer’ in writing and promised to make an announcement on the issue at a future press conference.

But within minutes of the press conference coming to an end, Downing Street sources briefed political reporters that there will be no review.

And today, Local Government Secretary Robert Jenrick confirmed that there will not be a review of penalties handed out for childcare-related travel.

He told BBC’s Breakfast programme: ‘No, there isn’t going to be a formal review. It’s for the police to decide whether to impose fines under the law. 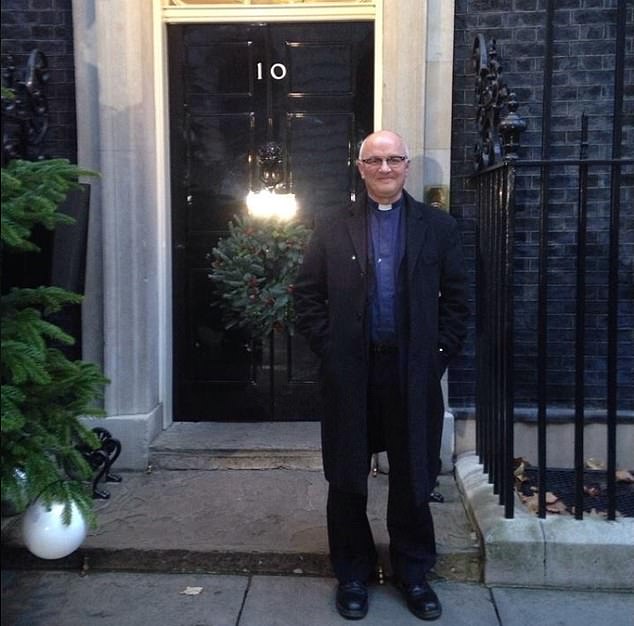 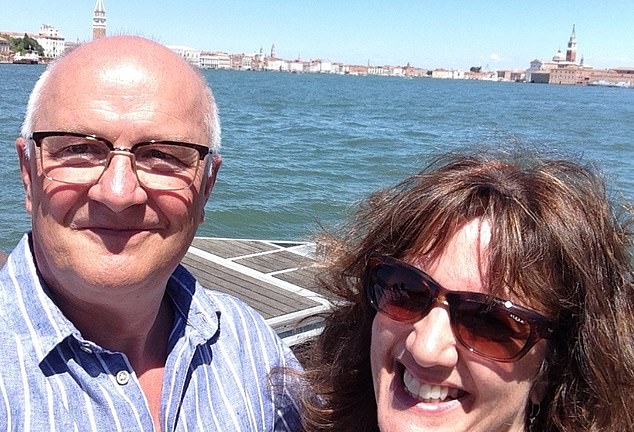 Mr Poole’s media consultancy did work with ITV and Disney. He is pictured with his wife Sally 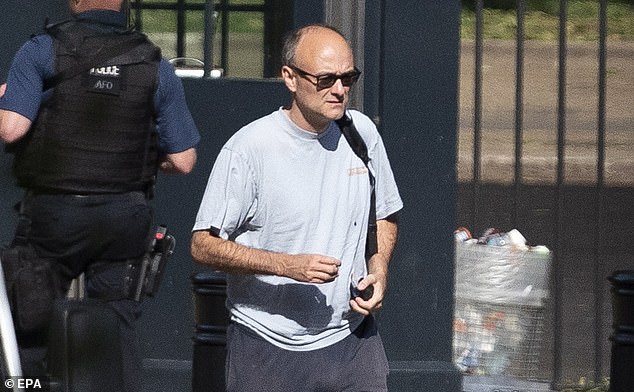 ‘They have the guidance that we’ve provided and the national police chiefs have provided their own guidance which does give officers a degree of discretion to use their common sense, reflecting the fact that all of our circumstances are different and families in particular face particular challenges.

Police are investigating after a bishop who critcised Dominic Cummings received death threats.

Helen-Ann Hartley, the Bishop of Ripon, said she received an email saying: ‘Stay out of politics or it will be the death of you’.

She is one of a number of bishops to receive death threats after speaking out against Mr Cummings.

Bishop Hartley had earlier written about missing her father’s birthday during lockdown as he recovered from radiotherapy.

‘Integrity, trust and leadership were never there; just a driven misguided ideology of power that has total disregard for the most vulnerable,’ she wrote, after it emerged Mr Cummings had driven 260 miles from London to his parent’s home in Durham at the height of coronavirus restrictions.

‘My parents live in Durham, an hour away from where we live,’ she added. ‘My father finished radiotherapy treatment before lockdown. I’ve missed his birthday, Mothering Sunday and countless other catch-ups. That’s a fraction of a story compared with others.’

Bishop Hartley said she had also received many messages of support, as well as the death threat which she reported the message to police.

In a statement, a spokesman said: ‘A complaint has been made to North Yorkshire Police and inquiries are ongoing into the matter.’

Bishop Hartley was one of more than a dozen Church of England bishops to criticise Boris Johnson, warning he was risking lives and jeopardising the public’s trust in his leadership by refusing to sack Mr Cummings.

Bishop of Worcester John Inge tweeted that he received an email, warning ‘stay out of politics or we’ll kill you’ after he criticised Mr Johnson’s ‘risible defence’ of Mr Cummings on Sunday night.

Christine Hardman, Bishop of Newcastle, wrote: ‘I too received such an email. I feel concern for the person who sent it and will hold him or her in prayer.’

The previous night she had posted that she was ‘deeply troubled’ by the Prime Minister’s defence of his adviser.

‘They are encouraging their officers to engage in the first instance, to explain and to resort to fines only where absolutely necessary and in most cases that is what’s happened.’

Mr Jenrick insisted Mr Cummings did not break the rules and has not been fined, but Mr Poole said he thought the police should look into it.

Speaking to MailOnline today, he added: ‘Yes I am a little disappointed but I understand that sometimes people say things in the heat of the moment that can’t be followed through.

‘I appreciate Government honesty at all times so if the answer is no they can’t do it, then I take that at face value.’

Asked if he had been contacted: ‘No, nobody has. Will someone contact me back? I’m not sure.

‘I took Matt Hancock at his word yesterday when he said someone would get back, we’ll just have to wait and see.

‘There’s not a great deal of contact in this process anyway because I sent the question over at the weekend the same as other members of the public and I had some limited correspondence with the Cabinet Office yesterday morning when they said they selected that question.

The latest figures available from the National Police Chiefs’ Council show a total of 14,244 fixed penalty notices (FPNs) were recorded by forces in England and Wales between March 27 and May 11, for breaches of the Health Protection Regulations.

It is not known how many, if any, fines have been handed to families travelling for childcare purposes.

At a briefing at the end of April, Hampshire Deputy Chief Constable Sara Glen said the ‘vast majority’ had been handed to people out in public spaces without a reasonable excuse who had ignored officers’ instructions.

Civil liberties groups and lawyers have been campaigning for a review of all FPNs issued by police during lockdown.

Mr Cummings has stood by his actions in making a 260-mile trip to Durham during lockdown with his family.

Mr Cummings says he made the journey from London not only over fears of a lack of childcare if he became incapacitated with Covid-19 but also concerns about his family’s safety.