New York City Mayor Bill de Blasio says officials will be door-knocking or phoning every single one of the 38,000 households in a Brooklyn neighborhood after a slight uptick in COVID-19 cases.

De Blasio said on Wednesday that officials would be targeting Sunset Park after 228 positive cases were discovered from 3,300 tests in the past two weeks.

It is not yet clear if the uptick in positive tests coming out of Sunset Park is a sign the neighborhood is becoming a hotspot of new cases for New York City.

The Mayor said officials plan to ‘saturate’ the neighborhood from Wednesday to encourage as many residents as possible to get tested for COVID-19.

New York City Mayor Bill de Blasio said on Wednesday that officials will be door-knocking or phoning every single one of the 38,000 households in Brooklyn’s Sunset Park neighborhood after a slight uptick in COVID-19 cases

There will be robocalls placed to every household over the next few days and officials will be on the ground doorknocking and canvassing the area.

Multiple testing vans are also being dispatched to the area.

‘Our idea is to saturate Sunset Park over the next few days – literally reach every member of the community we possibly can, get as many people tested as quickly as possible.’

De Blasio said the current response was a result of a ‘warning light’ and that increased testing will determine if it is an area the city needs to focus on to prevent an outbreak.

‘It’s over a very limited period of time. It’s a very limited number of cases. But we found it by doing exceptionally focused testing, what we call our hyper-local testing.

De Blasio said on Wednesday that officials would be targeting Sunset Park after 228 positive cases were discovered from 3,300 tests in the past two weeks 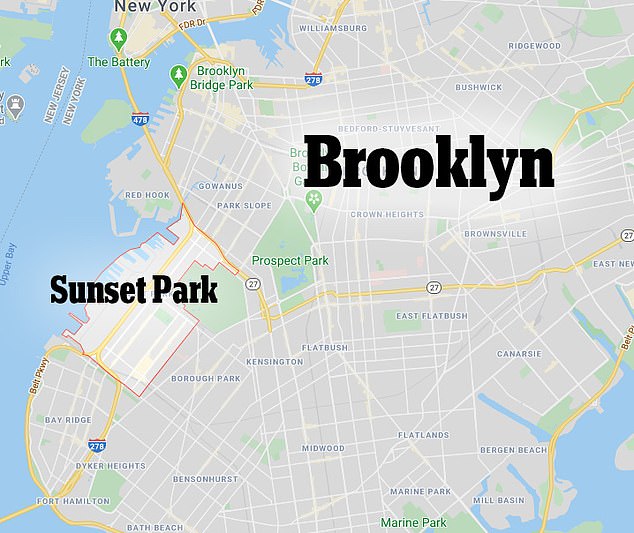 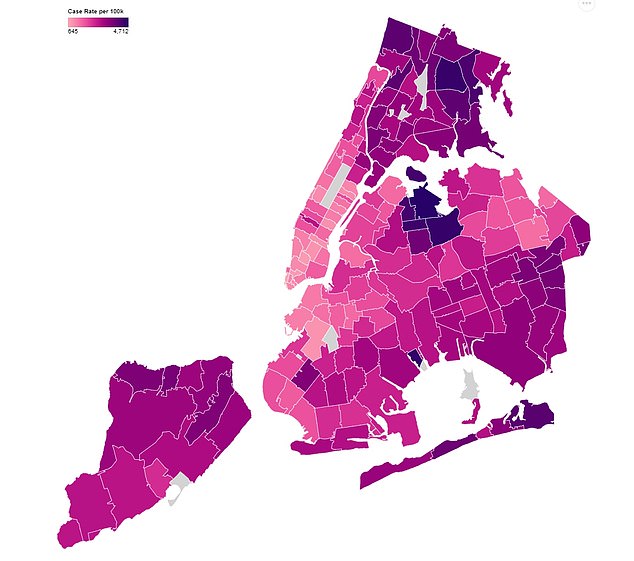 Sunset Park has recorded 228 positive cases from 3,300 tests in the past two weeks, health officials said

‘We have a sign that there’s something going on that we want to know more about.’

‘In a way the zipcode rate was like a metal detector that told us where to dig,’ he said of Sunset Park.

‘Now we’re getting deeper, we’re finding what we’re looking for and able to help the people we’ve identified.’

In New York City, the latest data from the health department shows the percentage of positive tests is at one percent.

Eighty one patients were admitted to hospital on Monday suspected of having COVID-19 and 296 people are currently in intensive care.

It comes as de Blasio faces ongoing criticism for rising rates of crime and homelessness in NYC amid the coronavirus pandemic. 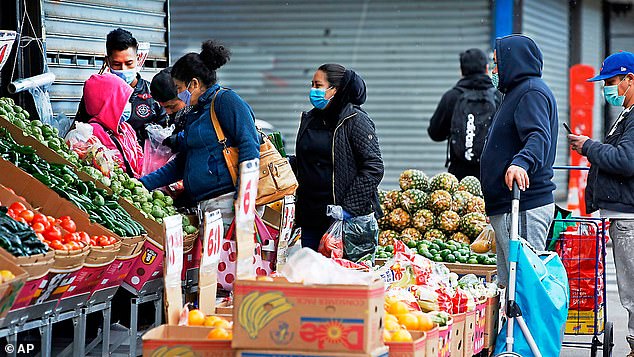 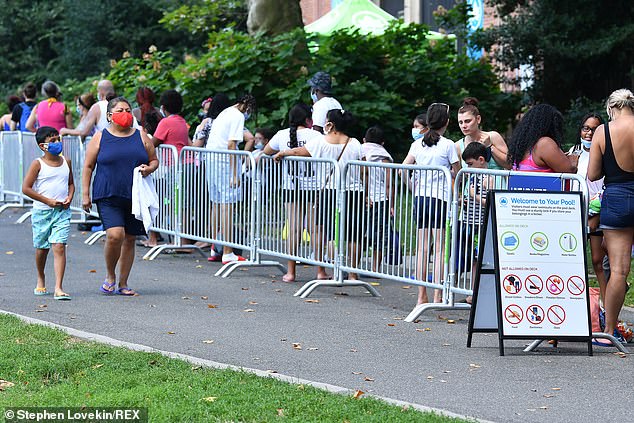 President Donald Trump hit out at the Mayor on Tuesday, saying de Blasio had done a ‘horrible’ job governing the city.

Trump demanded that de Blasio ‘hire back’ NYPD officers who the president suggested had been fired after almost $1 billion was cut from the policing budget in response to BLM protests.

‘The mayor, Bill de Blasio, should immediately hire back all of the police who were fired without justification.

‘They were fired. I guess that’s part of ‘Defund the Police’ by the Democrats. They should hire New York City’s finest back.’

Meanwhile, nearly 20 percent of New York City’s hotels are being used to shelter the homeless in a widely criticized initiative that some say will ‘bankrupt’ the city and drive its wealthy residents out for good.

Since the start of the pandemic, 13,000 homeless people have been moved out of shelters and into hotels around the city. Currently, 139 of the city’s 700-odd hotels are being used.

De Blasio is paying the hotels $175 per person per night, according to sources who are familiar with the scheme, which puts the cost at more than $2 million a night.