Coronavirus US: Police bust another huge party in New Jersey

Police in New Jersey have busted another wild party which was thrown despite coronavirus restrictions in the state – with more than 300 people told to go home.

The Howell Township Police in Monmouth County said they also arrested the unnamed host of the event, which took place on Wilson Drive in the Ramtown section Sunday.

Howell police said they requested mutual aid from Wall, Brick, Jackson, Freehold, the Monmouth and Ocean County sheriff offices and State Police ‘in response to the dispersal of approximately 300 people in attendance at a ‘pop-up’ party’, according to a news release posted on Facebook.

Pictures released by Howell cops show mask compliance among the revelers to be mixed. It was unclear if social distancing was being enforced.

The images also showed the department called out K9 units to help in their response to the party.

Police in Howell Township, New Jersey, called for more cops to bust another wild party in the state during coronavirus restrictions that attracted more than 300 people and ended with all being told to go home. Pictured are revelers at the Howell festivities Sunday 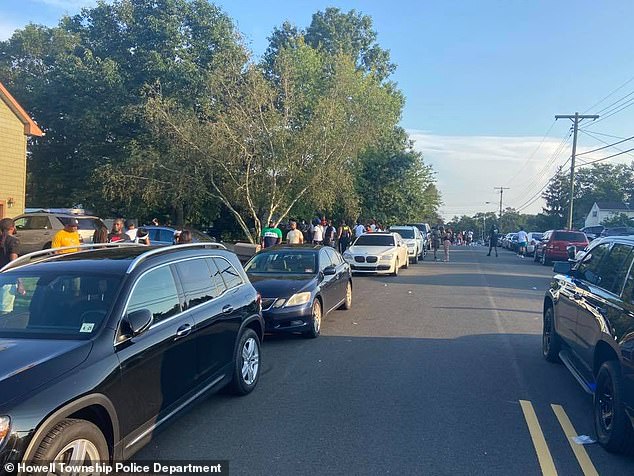 Howell cops said they also arrested the unnamed host of the event, which took on Wilson Drive in the Ramtown section (pictured) 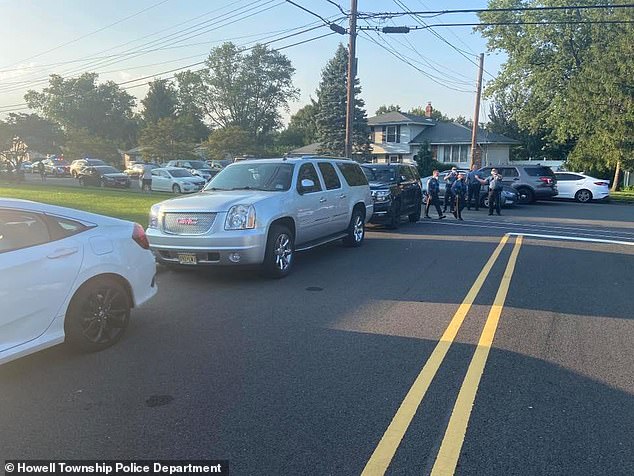 Howell police called in mutual aid from Wall, Brick, Jackson, Freehold, the Monmouth and Ocean County sheriff offices and State Police ‘in response to the dispersal of approximately 300 people in attendance at a ‘pop-up’ party’. Pictured are officers arriving on the scene 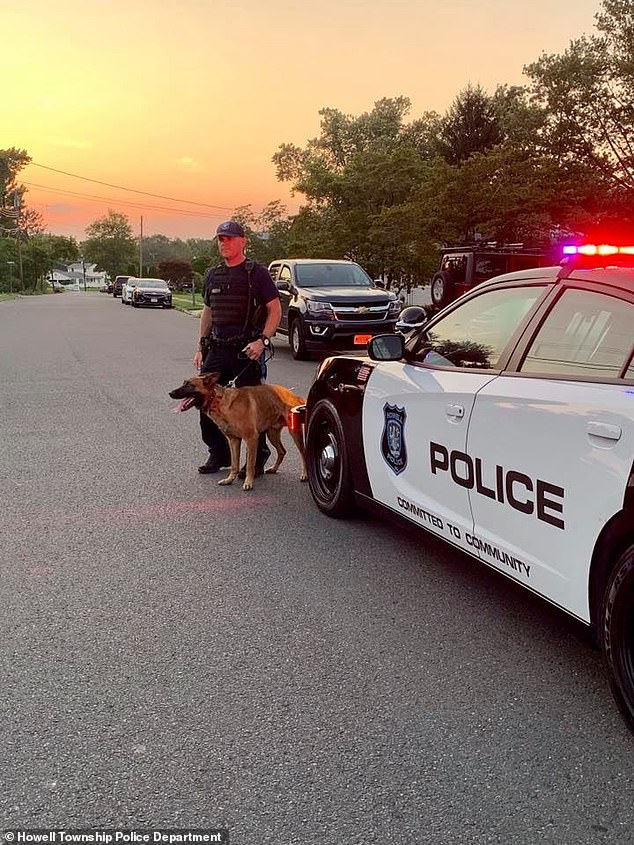 ‘Several patrol units will remain in the area to prevent others from arriving and/or returning and to monitor surrounding streets as there’s been reports of stragglers urinating on people’s property and vehicles,’ police said.

‘A majority of those who attended are not local,’ authorities added.

Many of the revelers were compliant when asked to leave, but some remained upset they were charged admission by the host to attend the wild festivities.

Gatherings for weddings, funerals, memorial services, and religious and political activities, which are protected under the First Amendment, are limited to 100 people for indoor events, or 25 per cent of a room’s capacity.

‘Whichever number is lower,’ the state’s website said. Outdoor gatherings are limited to 500 people and social distancing is required.

However, there are no limits for ‘First Amendment-protected outdoor activities, such as political protests of any persuasion or outdoor religious services,’ the state said.

The Howell party bust comes after local authorities put a stop to a massive pool party that took place at a Bergen County mansion Aug. 1.

The event, attended by hundreds and hosted in Alpine, was seen in footage on social media circulated by both the party promoter and party guests.

Folks wanting to go to the party paid to ride shuttle buses to the residence, where they stood in long lines to wait to get inside, NBC New York reported. 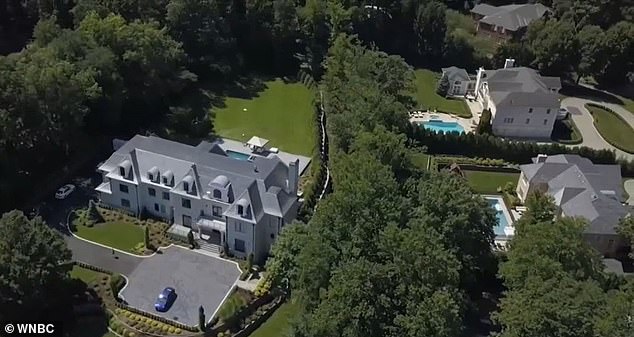 The Howell party bust comes after local authorities put a stop to a massive pool party that took place at a Bergen County mansion (pictured) Aug. 1

One person was taken away in an ambulance during the party.

The event was billed as ‘The Lavish Experience Pool Party’ in advertisements while aerial views of the property showed cabanas that people could use for a price.

One woman and her group paid roughly $1000 so that they could take a bus from Brooklyn to the party. She said social distancing was practically nonexistent.

There have been more than 187,000 confirmed cases of coronavirus  in New Jersey, with 16,000 people killed.

Across the US there have been more than five million cases, and 163,000 deaths.

New Jersey reported five additional deaths and 378 confirmed cases on Sunday as the transmission rates have been on the decline statewide. New Jersey saw seven straight days of fewer cases, but was still above a critical benchmark that indicated the outbreak was expanding, NJ.com reported. 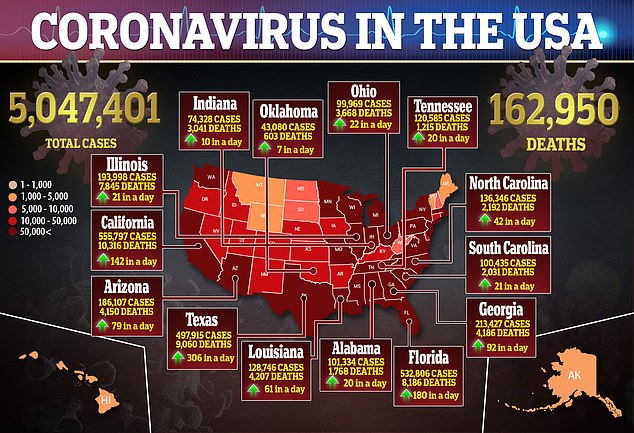 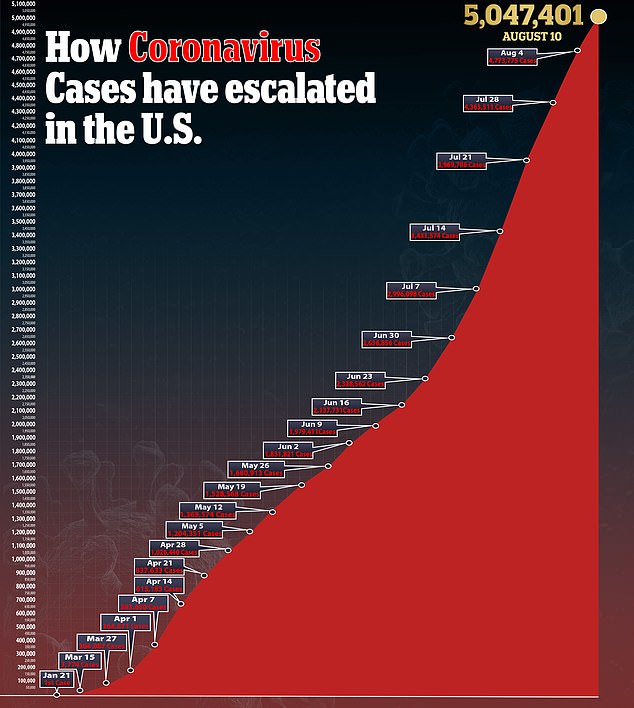