The fire started Friday night at about 8.30pm on the ninth floor of the jail – nicknamed ‘The Tombs’ – in Lower Manhattan.

FDNY Deputy Chief Joseph Schiralli said that inmates had started a trash fire and that two or three cells had been involved, ABC 7 reported. 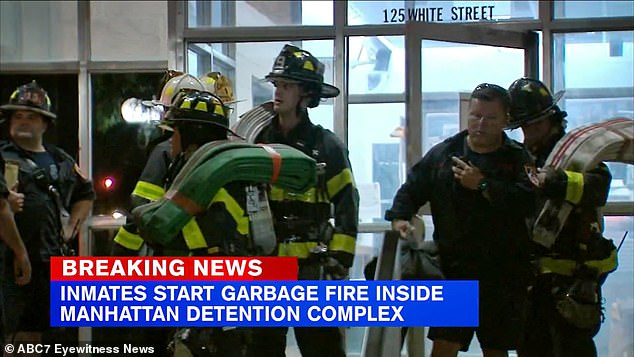 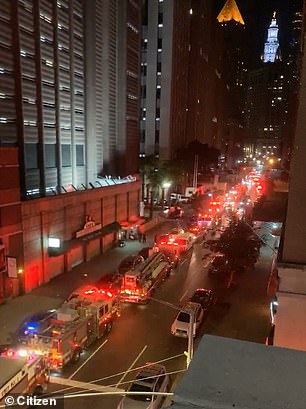 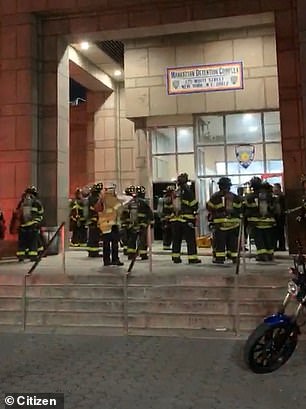 Fire trucks are seen on the street near the jail (left) while the FDNY responded to the fire, which started at about 8.30pm Friday night. Firefighters are seen outside the jail’s entrance (right)

Cells in the jail were said to have been occupied, but that corrections officers were able to evacuate the inmates housed on the ninth floor of the 18-story building.

The New York Post reported that inmates were put onto two NYPD Corrections buses and that the fire was put out at 9.45pm.

A corrections officer who had an asthma attack was reported to have suffered a minor injury and taken to a local hospital.

Video shared on the Citizen App showed a person in uniform being taken away on a stretcher.

A firefighter was also reported to have sustained a minor injury during the incident.

The Manhattan Detention Complex is one of four municipal jail buildings – all known as The Tombs – which have stood on the site over the years since 1838. 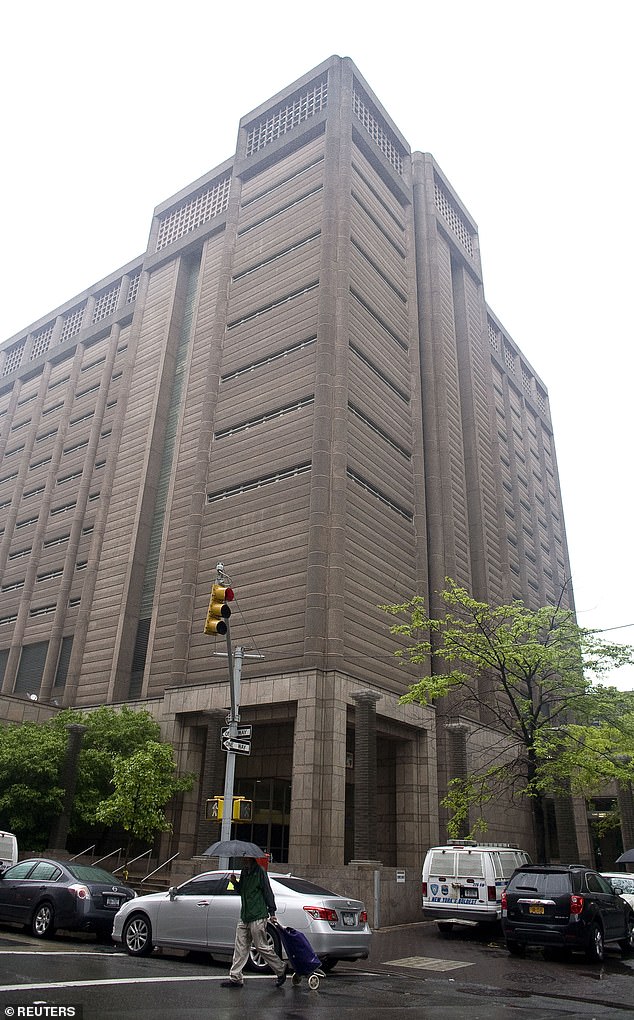