Colson Smith has spoken about how his staggering weight loss will cause continuity issues on Coronation Street when filming resumes.

The actor, 21, stunned fans earlier this month when he unveiled his slimmer figure on Instagram, with followers telling him he was ‘giving Adele a run for her money’.

However, Colson, who plays Craig Tinker on the ITV soap, joked he will have to wear a fat suit after claiming to have lost 10 stone during lockdown. 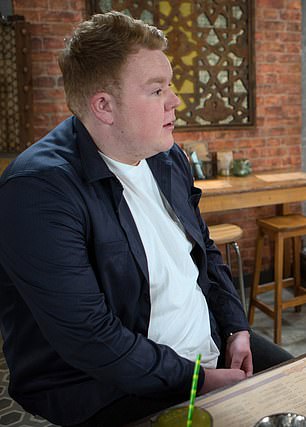 ‘I’ll need to wear a fat suit!’ Colson Smith has spoken about how his staggering weight loss (left and right in 2018) will cause continuity issues on Coronation Street when filming resumes

ITV bosses pulled the plug on production on March 23, but filming is soon to resume after Emmerdale forged the path for soaps to start a phased return.

Colson told The Sun: ‘We are in direct continuity, but I’ve almost lost about ten stone since we left work so I’m not sure that [my hair] is going to be the biggest of their issues.

‘I might be wearing a wig and a fat suit when we go back. Now we go to a purple shampoo, which almost makes it a platinum sort of colour, which basically takes the ginger pigment out. 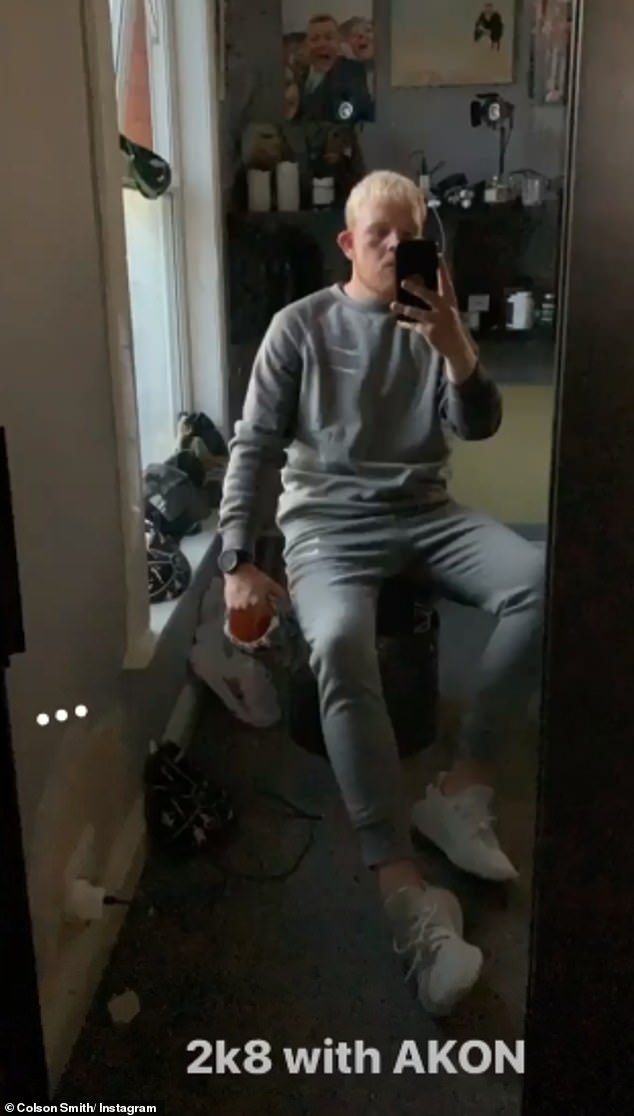 Looking good: Colson once again showcased his epic weight loss as he shared a new snap on Instagram stories earlier this month 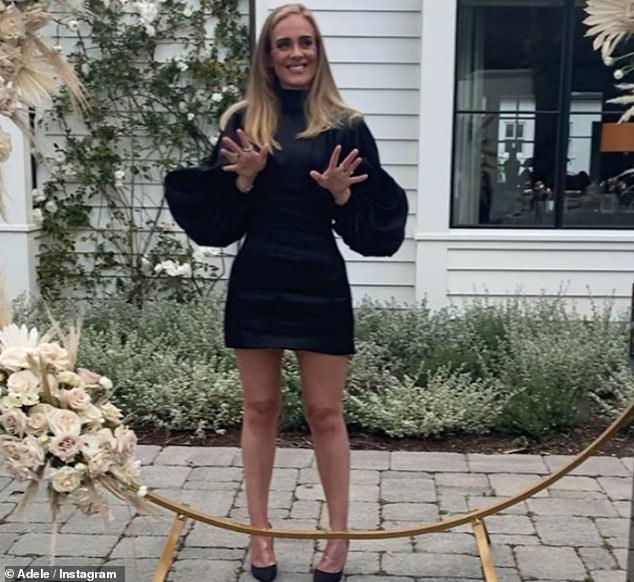 Impressive: Adele wowed fans earlier this month, when she uploaded an Instagram (pictured) after shedding seven stone and fans told Colson he was giving the singer a run for her money

‘So the yellow-ness will go, and I will have a head of blonde hair, which I technically do now.’

Last month, Colson revealed he suggested his weight-loss storyline to the show’s bosses.

The star’s character Craig had been trying to trim down on the ITV soap, and Colson has admitted the fitness plot was his brainchild and he has been keeping it going during the coronavirus lockdown.

He said on Good Morning Britain: ‘When you go up and suggest a storyline where your character goes on a bit of a transformation the one thing in the back of my head is, “Oh, I’ve got to do that as well”. 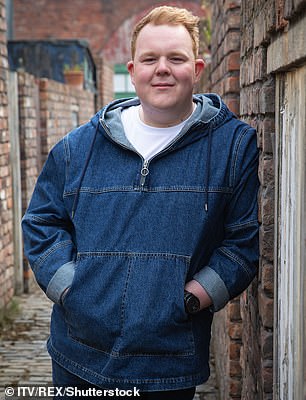 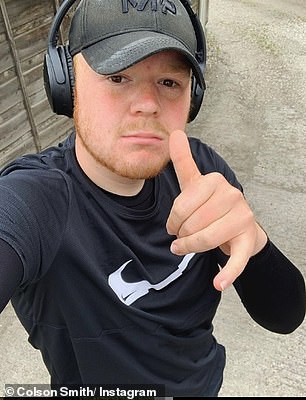 Lean machine: In March, Colson remained determined to keep up with his fitness regime as the U.K entered lockdown

‘While we’re not seeing the Street at the moment, I’ve kept Craig Tinker’s fitness journey going behind closed doors.

‘So when we’re back we’ll be ready to see what Craig has been up to.’

Despite the coronavirus lockdown, Colson is still having his breakfasts and lunches delivered, and he has been putting in the hours exercising at home.

Then and now: Colson pictured at a five-a-side football match in 2018 (left) and having completed a 5k run in April (right)

He added: ‘I wish I had a gym. I’m quite lucky in a way that when I prepared for this storyline I said to myself I’d make it as easy as I can for myself.

‘I sat down with a life coach and we worked through everything I can do to make it as easy as possible.

‘I have breakfast and lunches delivered, and they are still being delivered now.

‘So I don’t have to think about cooking, I can just eat.

‘And in terms of the gym, I’ve kept in touch with the gym I go to in Manchester because they’re putting loads of training programmes on their app.

‘I’ve done the odd Joe Wicks PE, and then it’s just making the most of situation.’ 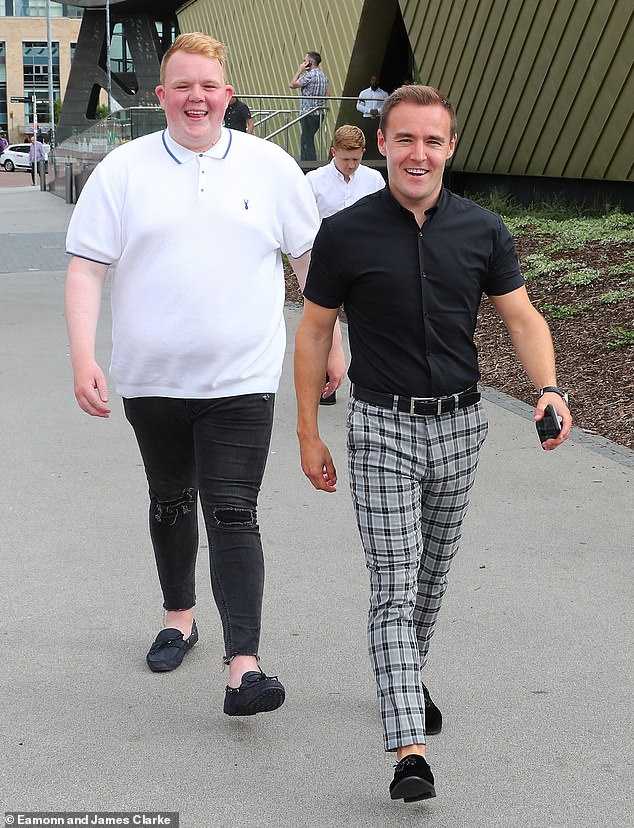 Open: Colson has been very happy to discuss the changes he has made to his lifestyle on social media (pictured back in 2018 with his co-star Alan Halsall, who plays Tyrone Dobbs)