Cory’s back in the race! Booker says he’s now raised enough money to see him through to November debates after warning he was on verge of dropping out unless he could raise $1.7m by Sept. 30

New Jersey Sen. Cory Booker revealed Sunday that even though he’s just shy of his $1.7million donation goal, he has still reached the required donor threshold to qualify for the November Democratic presidential debate.

During a CNN State of the Union interview Sunday morning, Booker said that ‘We have nearly 35,000 donors who have been helping us make this goal. We’ve raised $1.5 million plus. We’ve actually already crossed the threshold to make the November debates of 165,000 unique donors.’

He then added that ‘The surge and the momentum is great, but yeah, I still need help.’

Sen. Cory Booker said in an interview Sunday that he has raised enough money to take him through to the November debates, despite not yet having hit his $1.7million fundraising goal 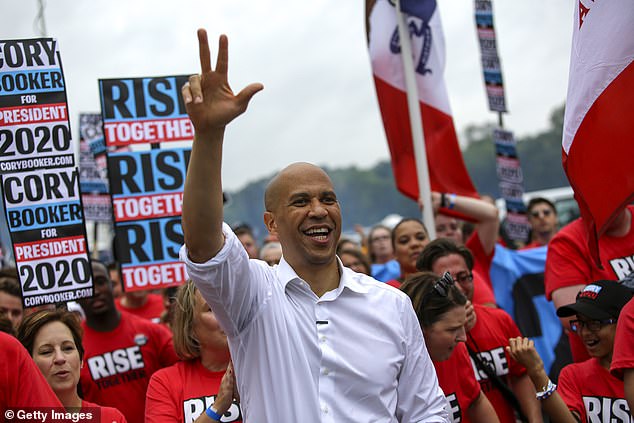 Booker’s campaign said that if he didn’t reach his goal by September 30, he would drop out. Booker is pictured here on September 21

The news that he has now raised enough cash to participate in the debates comes just one day after fellow New Jersey native, Jon Bon Jovi, put his name on an email sent to Booker supporters, asking for donations to help the senator reach a $1.7million goal.

Bon Jovi’s email, which was sent out Saturday and signed by the rocker, is part of Booker’s campaign’s final push to raise funds before the Federal Election Commission’s quarterly financial reporting deadline for presidential candidates, according to ABC News.

Bon Jovi’s email read that the county is ‘deeply divided in a way we haven’t been in a long time.’

He wrote that ‘I believe we need to respond with a strong call for unity and a renewed sense of shared purpose. I can’t think of anyone better than Cory Booker to rise to the challenge.’

Bon Jovi called Booker ‘the right leader for this moment.’ 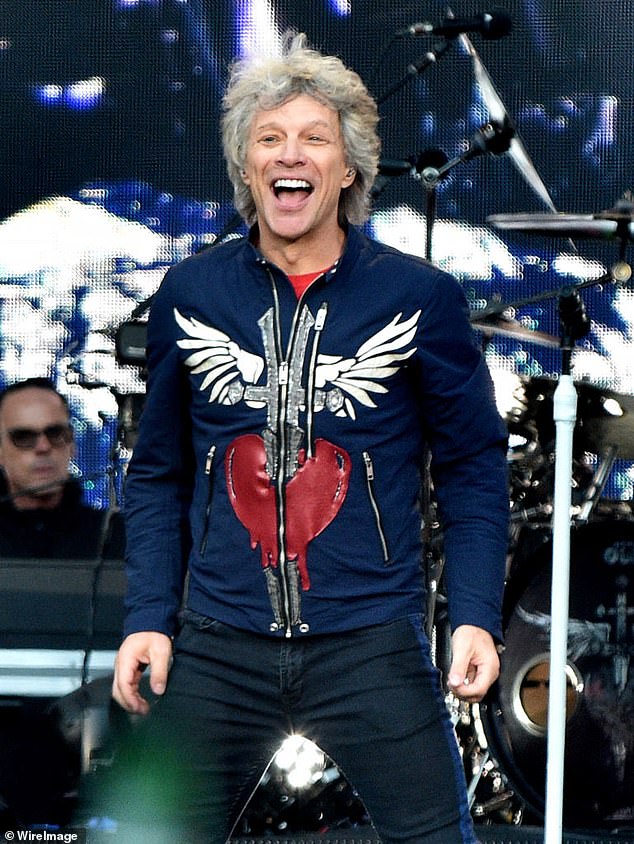 Jon Bon Jovi (on June 19) put his name on an email sent to Cory Booker supporters Saturday, asking them to contribute to his campaign fund as part of the senator’s final fundraising effort 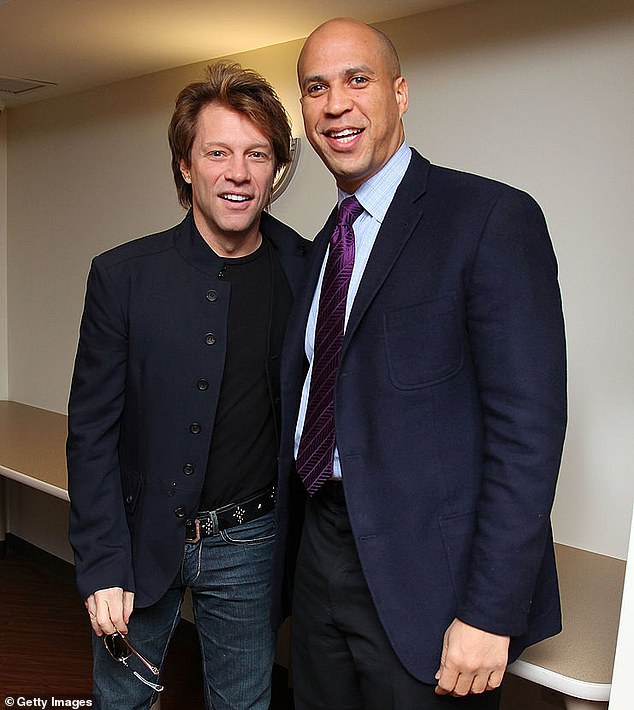 Bon Jovi (left) said he believes Booker (right) is the ‘right leader for the moment’ and noted that they are friends. The New Jersey natives are pictured here in December 2009 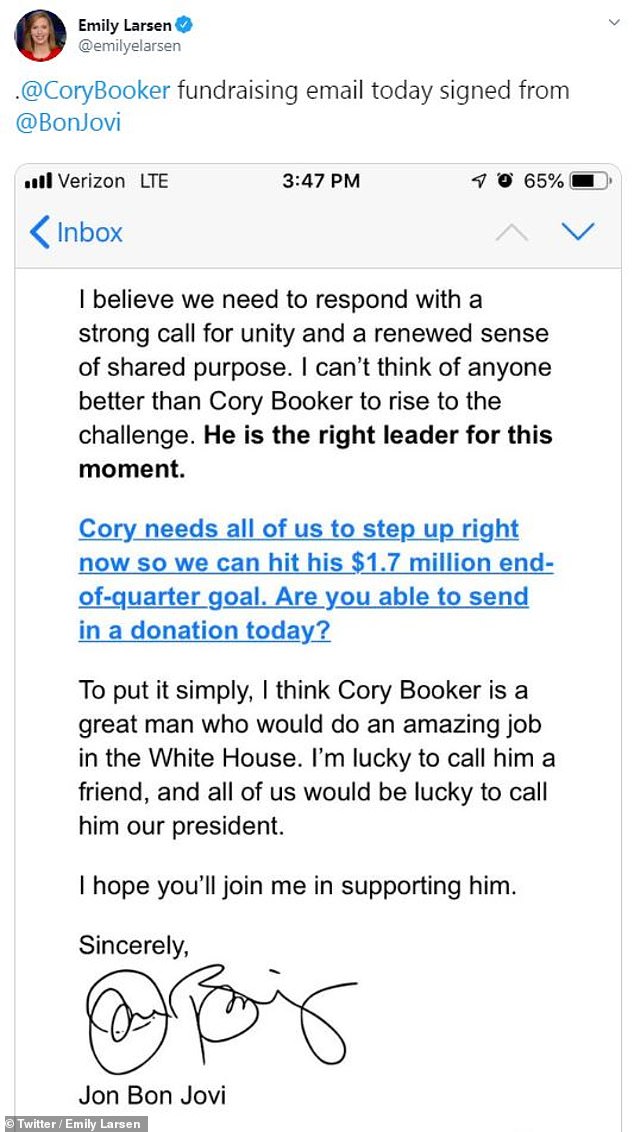 ‘To put it simply,’ Bon Jovi concluded, ‘I think Cory Booker is a great man who would do an amazing job in the White House. I’m lucky to call him a friend, and all of us would be lucky to call him our president.’

This isn’t the first time that Bon Jovi has helped Booker raise money for his campaign.

In August, Bon Jovi and his wife, Dorthea, hosted a fundraiser for the senator at their East Hampton home. They also donated $2,800 each to his campaign, the maximum allowed by the campaign at this stage of the race.

Booker’s campaign had said on September 21 that he needed to raise that amount by September 30, otherwise he’d withdraw from the race.

The self-imposed fundraising goal, Booker said Sunday, was key if he wanted to stay in the race ‘with the trajectory to win the nomination.’

‘I’m in this to win it. It’s not a vanity play. I’m not sticking around for ego,’ Booker said, noting that ‘I’m not going to be in this primary unless I have a viable path to victory. We have that right now. But in the fourth quarter we’re going to need help and I’m hoping people will help.’

Beyond hitting fundraising goals, the DNC also has a polling threshold that candidates need to meet.