The mother of the late Cory Monteith has paid tribute to his former Glee costar Naya Rivera following her death at age 33 from an accidental drowning.

Ann McGregor spoke highly of the actress who was more like family after Naya’s body was recovered in Lake Piru on the seven year anniversary of Monteith’s passing.

McGregor, whose son died at age 31 on July 13, 2013 from an accidental drug overdose, shared two snaps of Naya with Cory as she remembered their firm friendship.

‘Cory loved you so so much’: The mother of the late Cory Monteith has paid tribute to his former Glee costar Naya Rivera following her death at age 33 from an accidental drowning

The fact Naya’s body was discovered on the same day as the anniversary of her son’s passing did not go unnoticed by McGregor, who shared just how painful the date has been for her for the last seven years.

‘For the last 7 years the 13th of July has shattered our hearts beyond repair. There aren’t enough words to describe the pain we are feeling, we are truly heartbroken at the loss of @nayarivera.

‘Naya, Cory loved you so so much. He cherished your friendship more than you will ever know. From the laughs you shared, to the strength you gave him when he needed it the most. Cory truly adored you.

‘He was in awe of your incredible talent, the way you gave everything you had to each performance; the slap in the auditorium was one of his favourite stories to share. You once said Cory was like a member of your family; you will always be a part of ours. We’ll carry you in our hearts forever. We miss you. Friends reunited for eternity. 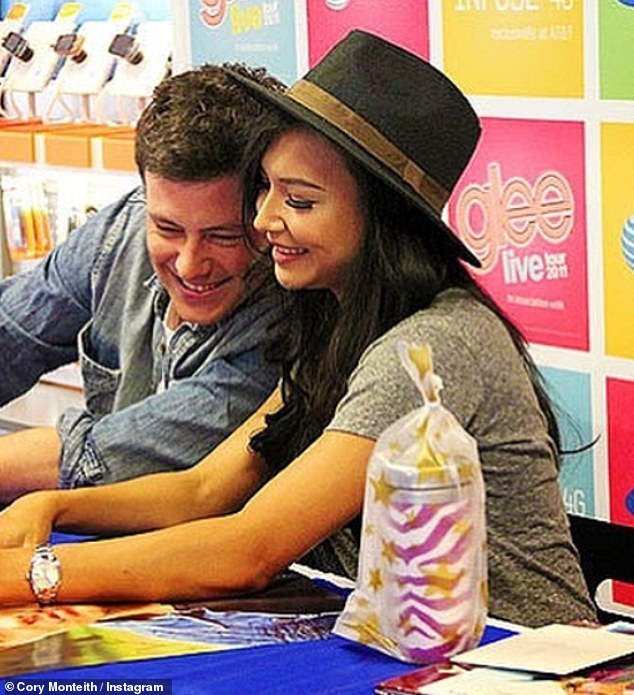 Fond memories: The Glee costars shared a smile in one of the throwbacks McGregor shared 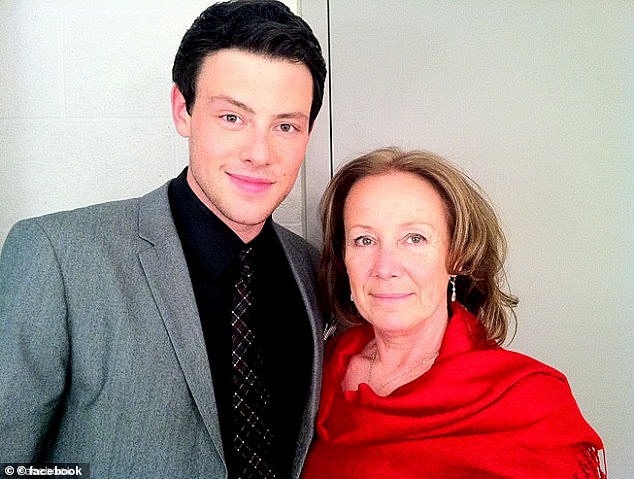 ‘We send all our love and strength to your beautiful boy, your family, friends and fans.’

Tributes have been pouring in for Naya after the actress’ tragic death following a day at the lake with her four-year-old son, Josey.

Naya vanished July 8 on Lake Piru after taking a pontoon boat out on the water with her Josey.

Josey was later found alone, sleeping on the boat, by another group who noticed it drifting. 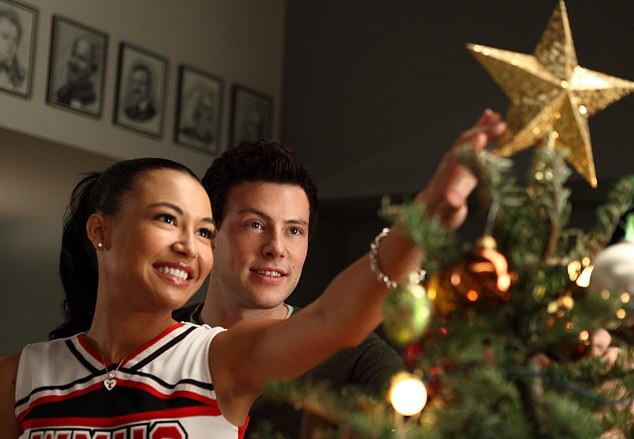 Firm friends: Cory and Naya were also friends outside of their roles on the small screen 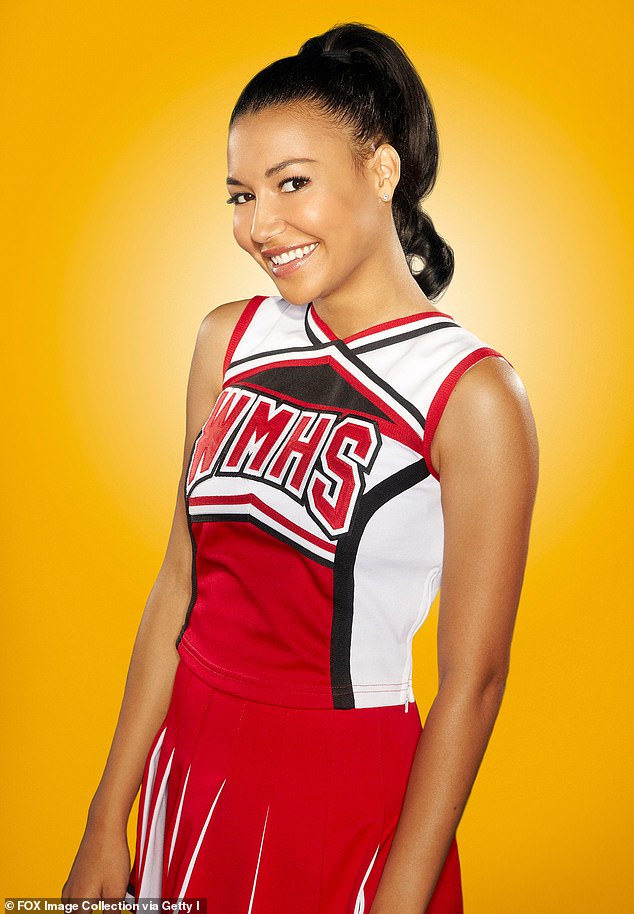 An adult-sized life jacket was also found on the boat, and statements from Josey to police that Naya had disappeared under the water led them to conclude that she had drowned.

On Monday, Ventura County Sheriff Bill Ayub announced that her body had been found floating in the lake by divers.

He speculated, based on the conditions and Josey’s statements, that she had helped the boy to get back on the boat but had run out of energy to save herself in the current.

‘It would be speculation to say at this point. There are a lot of currents on the lake that appear particularly in the afternoon,’ he explained.

‘We believe it was mid-afternoon when she disappeared, the idea perhaps being that the boat started drifting, it was unanchored, and that she mustered enough energy to get her son back onto the boat, but not enough to save herself.’ 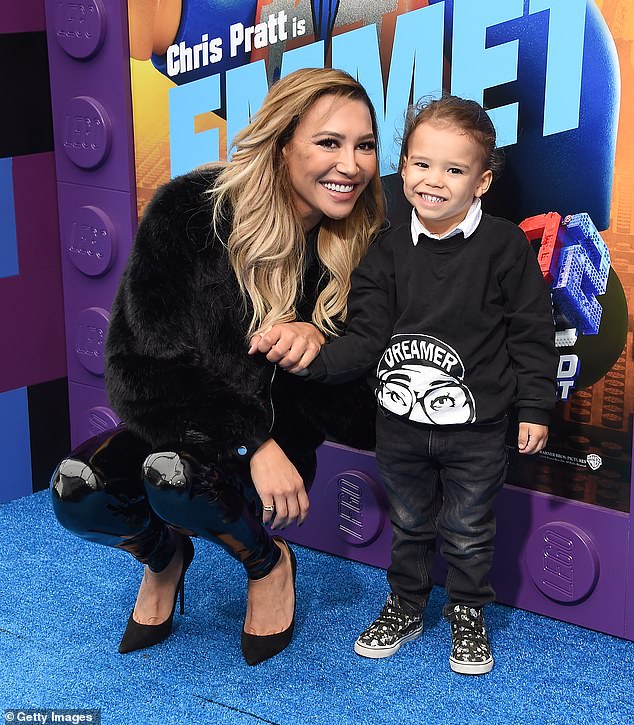 Tragedy: Naya vanished July 8 on Lake Piru after taking a pontoon boat out on the water with her four-year-old son Josey (pictured February 2019)