A common anti-inflammatory drug can prevent serious complications caused by the novel coronavirus and improve survival odds in patients, a new study suggests.

Researchers found that those given colchicine had lower levels of proteins in the blood that are a sign of heart injury and of a protein made by the liver as a marker of inflammation.

What’s more, patients who received the medication increased the chance of surviving by nearly 10-fold.

The team, from the University of Athens in Greece, says colchicine could help the most severely ill patients eventually be discharged from the hospital.

Researchers gave half a group of coronavirus patients colchicine (pictured), a drug commonly used to treat gout, and the other half a placebo 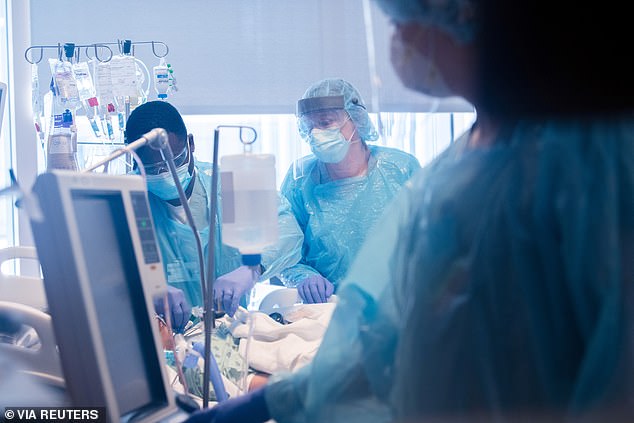 Patients receiving colchicine had lower levels of proteins that are a sign of heart injury and inflammation. Pictured: Medical staff members are seen at the Northwestern Memorial Hospital in Chicago, Illinois, May 2020 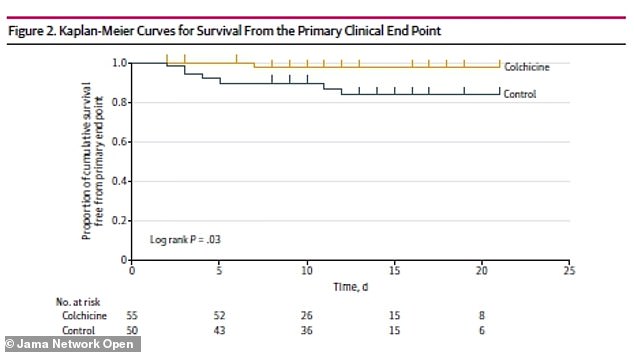 Colchicine is most often used to treat gout, a complex form of arthritis that causes pain, swelling, redness and tenderness in the joints, most often in the big toe.

Scientists theorize the anti-inflammatory effects of the drug may prevent cytokine storms, which occur when the body doesn’t just fight off the virus but also attacks its own cells and tissues.

For the study, published in JAMA Network Open, the team looked at 105 coronavirus patients across 16 tertiary hospitals in Greece.

Between April 3 and April 27, half the group were given two doses of colchicine per day and the other half were given a placebo.

Researchers compared levels of cardiac troponin and C-reactive proteins in the two groups.

Cardiac troponins are a group of proteins found in skeletal and heart muscle fibers that help detect heart injury.

Levels were 0.0112 nanograms per milliliter (ng/mL) in the control group and 0.008 in the colchicine group.

Meanwhile, C-reactive proteins are made by the liver and levels in the blood increase when there is a condition causing inflammation somewhere in the body.

Normal levels are typically below 3.0 milligrams per deciliter (mg/dL). 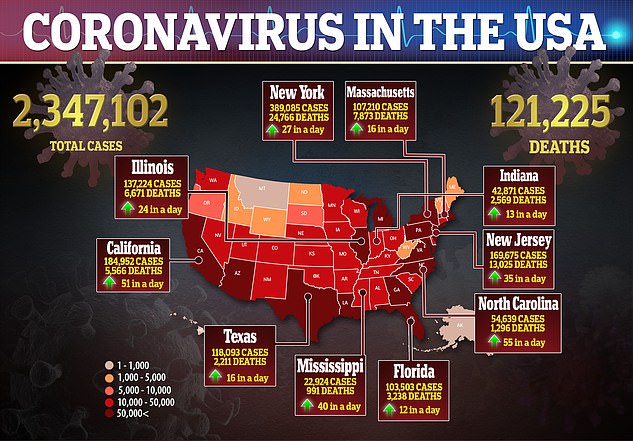 Patients were also more likely to die in the control group with 14 percent dying who didn’t receive colchicine compared to 1.8 percent who did.

‘In this randomized clinical trial, participants who received colchicine had statistically significant improved time to clinical deterioration compared with a control group that did not receive colchicine,’ the authors wrote.

‘The hypothesis-generating findings of this study suggest a role for colchicine in the treatment of patients with coronavirus disease 2019.’

In the US, there are more than 2.3 million confirmed cases of the virus and more than 121,000 deaths. 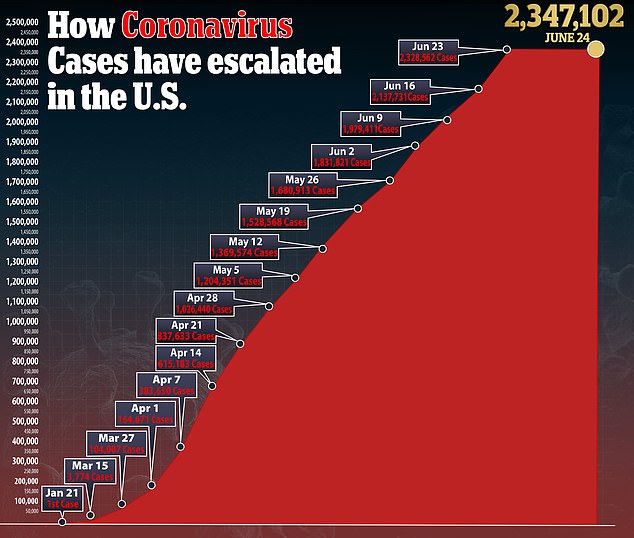