Hands off!: The Budget brought a tax break for savers – but some may not benefit.

It was dubbed the Budget for savers.

At the dispatch box George Osborne said: ‘With our new Personal Savings Allowance, 17million people will see the tax on their savings not just cut, but abolished.’

But perhaps not quite 17million. A number within that group might be about to see their Budget giveaway quietly snaffled by their bank. Here’s why.

Savings tax in its current form is paid directly by banks or building societies at a rate of 20 per cent.

The effect is that an account offering 2 per cent actually pays you 1.6 per cent once the tax has been taken.

The bank pays the tax to HMRC on your behalf.

From April 2016 basic rate taxpayers will be able to earn £1,000 of savings interest in a year a pay no tax at all.

The current complicated system of allowances and tax forms that corrects the rate you pay according to your other earnings (low earners pay no savings tax, high earners pay more) is to be largely swept away next year thanks to the Budget changes.

It means the rate you see advertised next to an account will, for almost everyone, be the rate you actually get. It should mean account-holders end up with more.

But there is a risk that some will see the benefit due to them from the tax cut eaten up by their bank.

They are customers with Halifax Reward Accounts.

The Reward Account pays holders £5 for every month they deposit £750 or more, stay in credit and pay in two different direct debits.

The payment is termed a ‘reward’ but the taxman sees it the same as any other interest, and savings tax is payable on it.

That means, at present, Halifax is actually giving account-holders £6.25 each month, but £1.25 is sent direct to HMRC to cover savings tax.

Now, what happens next April when savings tax in its current form is abolished?

If the tax is no longer due, surely the amount being used to pay it should go back to the saver and those £5 rewards should jump to £6.25? 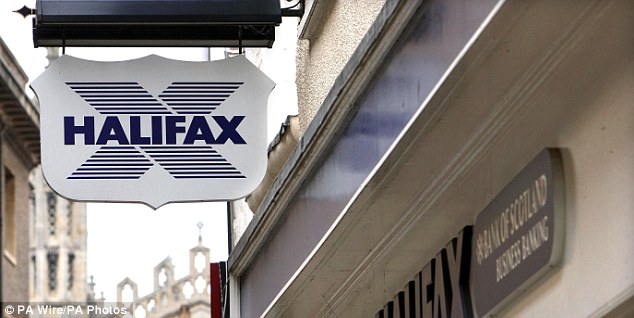 Matter of fax: The bank is still working out what to do about the savings tax cut.

When I asked what Halifax will do about the tax cut, a spokesman told me: ‘There are currently no plans to change the Reward Current Account but our focus remains on ensuring we give our customers extra.’

The bank said it is reviewing the new legislation and that it is too early to decide what it will do about the Reward Account.

It added that the account is aimed at current account customers, not savers – although I don’t think the thousands who have taken these accounts precisely because returns on savings accounts are so pitiful would agree.

Customers of other banks that offer rewards shouldn’t face this problem.

For example, the Santander 123 account pays customers interest of 1, 2 or 3 per cent depending on their balances. However, these figures are gross. Account-holders actually get 20 per cent less than that thanks to savings tax.

When the tax is no longer payable, it is reasonable to assume Santander will simply pass this on – unless they want to renamed it the Santander 0.8, 1.6, 2.4 Account.

In fairness to Halifax, the comparison between it and other banks is not perfect. In one sense it has been more straightforward than others by advertising a £5 reward that customers actually get, rather than 3 per cent interest that is before tax.

At no stage has it boasted it was giving customers the £6.25 gross amount.

However, I fear it will have a tough time explaining that it is not passing on the tax cut in full. After all, this was a giveaway for savers, not banks.