Could London’s protected views of St Pauls and the Tower of London be under threat?

Developers are calling for London’s strict rules on protected views to be scrapped in order to tackle the city’s housing crisis.

The protected views system was first introduced in 1938 and ensures that views of historical buildings like St Paul’s Cathedral and the Palace of Westminster are protected.

But critics claim that these ‘sightlines’ are preventing more than half a million homes being built in the city.

This map shows the 13 protected views in London that are under threat from new developer plans. Developers think the protected views are contributing to the housing crisis

There are 13 protected views in London that limit the heights of buildings nearby.

However, there are some exceptions, such as the Shard – although developers and London officials long debated whether to allow its construction, as its presence would impede views.

These views include a spot in Richmond Park that is said to be the hedge Henry VIII gazed through to receive a signal about whether his second wife Anne Boleyn had been executed.

Eight of the ‘sightlines’ are views of London’s iconic St Paul’s Cathedral, including a spot at the summit of Parliament Hill.

However, the protected views have long been controversial and now some campaigners believe their special status should be removed.

The Office for National Statistics recently said that London needs 844,000 more homes to meet the demands of its rising population. 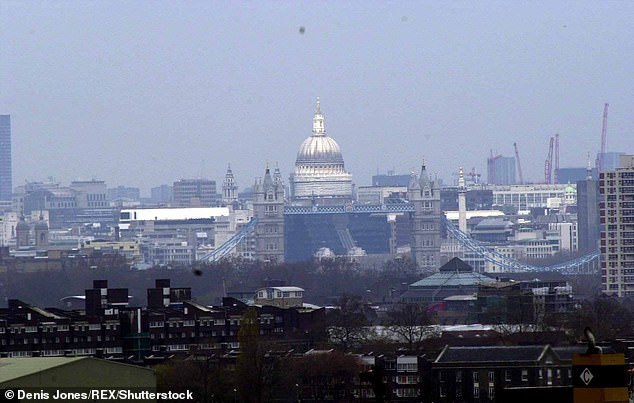 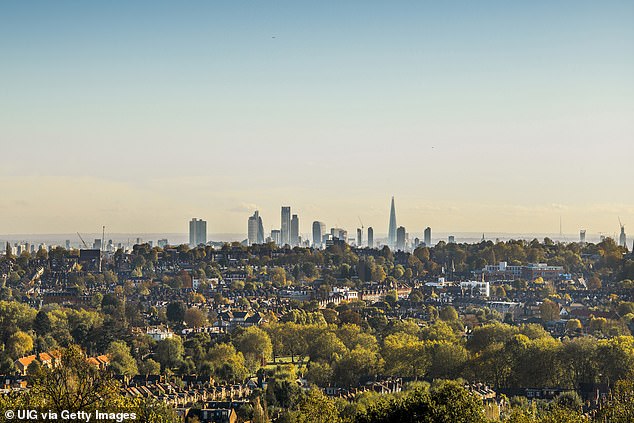 A view of central London from Alexandra Palace, north London 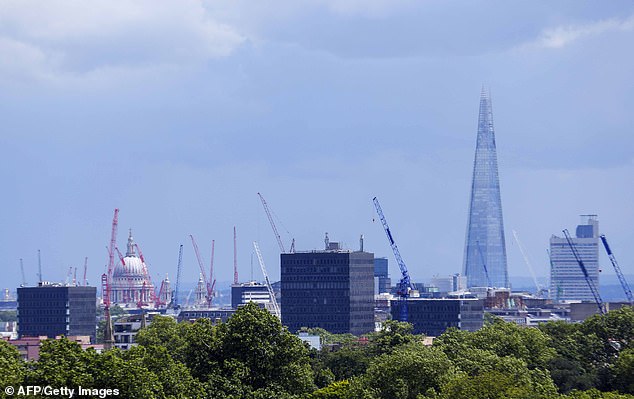 A view of the Shard, photographed from Primrose Hill in north London

Jasmine Whitbread, chief executive of London First, a campaign group, told the Times: ‘The only way we’re going to tackle the problem is by building more homes. It’s time to take another look at London’s protected views.’

Global firm NBBJ believe that removing the status for the 13 spots could improve the housing issue by creating 500,000 new homes.

The protected views still have their supporters, however, with some pointing out the significance of St Paul’s Cathedral during the World War.

Others also point out that if the rules were relaxed, expensive and exclusive apartments would price people out and attract rich foreigners instead.

Emily Gee, planning director of Historic England, also told the Times that the view of St Paul’s was important as a symbol, particularly during the Second World War.

‘Everything was focused on protecting that mighty monument,’ she said. ‘As long as St Paul’s stood, the nation’s morale would withstand the war.’

Professor Peter Rees, at the Bartlett School of Planning, London, added that scrapping protected views would not lead to new homes and would do little to alleviate the crisis.

What are London’s 13 protected views?

The protected views system was first introduced in London in 1938 and ensures that views of historical buildings like St Paul’s Cathedral and the Palace of Westminster are protected.

Here are the 13 views that are protected under the system: