Could you profit from Moneyball shares that others don’t like?

Avon Rubber and Games Workshop are among a number of undervalued ‘Moneyball’ companies identified by wealth manager Brewin Dolphin.

The firm has highlighted businesses that do not appear to have brilliant investment cases at first glance, but could be unlikely growth opportunities for investors.

They are considered ‘Moneyball’ companies due to their likeness to the baseball players selected for the Oakland’s A’s team back in 2002, which eventually saw them enjoy a surprise winning streak in the American League.

Rather than relying on the Oakland scouts’ experience and intuition, the team’s general manager used ‘sabermetrics’ to choose players with his limited budget.

He used statistics to look at players’ performance, beyond the usual factors that scouts focus on that don’t necessarily reflect ability.

The team went on to play better than ever and won a record-breaking 20 consecutive games.

This events of this story were told in Michael Lewis’ novel Moneyball, which was later turned into a movie biopic of the same name, starring Brad Pitt. 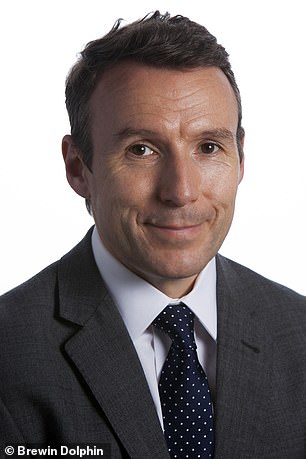 In the same way, Brewin Dolphin has identified companies that are overlooked for reasons that don’t necessarily reflect their fundamentals – such as having ‘boring’ products, operating in esoteric markets, or simply not being well-known.

John Moore, senior investment manager, said: ‘Aside from the rise of technology stocks, areas of growth have been relatively hard to identify for investors.

‘The UK market has not had the rebound that some other indices have enjoyed, largely because of its spread of constituents at the top end of indices – oil and travel companies, for example, remain near the lows of earlier this year.

‘Appearances can be deceiving and looking beyond the surface could help investors spot unlikely opportunities for growth – particularly in the challenging economic environment brought about by the Covid-19 pandemic.’

The manager said he looks for businesses with solid cash generation, profitability, and manageable levels of debt from a financial perspective.

While more difficult to find, he also strives for a driven management team which, when combined with the other factors, could provide the ability and finances to succeed.

He added: ‘There are some UK names that continue to deliver strong results and have seen their share prices grow substantially, despite the investment case sounding a bit dull.

‘While they might not be in the most glamorous sectors or make ground-breaking products, they are still brilliant businesses.’

Based in Wiltshire, Avon Rubber is a specialist manufacturer of respiratory equipment for the military, law enforcement, and fire services markets.

It also produces milking equipment for dairy farmers and last year bought a ballistics protection business from US conglomerate 3M. Avon Rubber is a constituent of the FTSE 250 index and has returned a staggering 389.56 per cent over 10 years.

Moore said: ‘Avon Rubber was best known for its tyre business, which supplied Formula 1 at one point – but it has been much lower profile after selling that division in the 1990s.

‘It decided to focus on some of its relatively unglamorous markets, such as milking and respiratory masks, which has only seen the business go from strength to strength.

‘The acquisition of the ballistics protection business has added to its offering and now it is on the verge of joining the FTSE 100.’ 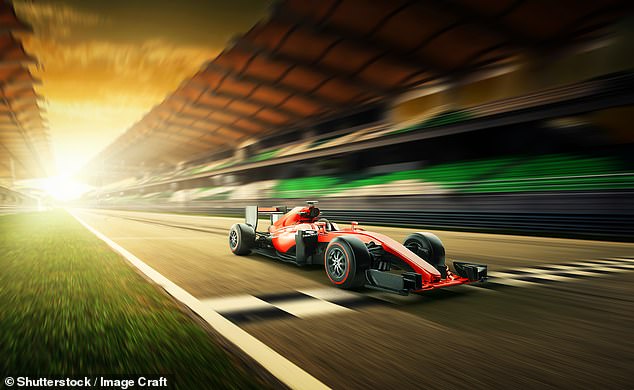 Avon Rubber was best known for its tyre business, which supplied Formula 1 at one point

Moore believes Avon Rubber sells products that end markets want to buy and that is what puts it in a great position.

In 2019, the company’s revenues rose to £179million and operating profit was up to £31million. In its last update, Avon said it should meet full-year expectations and its shares sit at record highs, so there are certainly opportunities for growth to be had.

A more widely-known name, most people will have heard of Games Workshop, or at least walked past one of its stores in towns and cities across the UK – they may even have seen them abroad, as it operates in 23 countries worldwide.

It is best known for its Warhammer series of games and collectible figurines. Like Avon Rubber, it is a constituent of the FTSE 250 and has returned 446.13 per cent over 10 years.

Moore added: ‘The Games Workshop story has been incredible in recent years, with mammoth returns on its share – to the point where it is among the best performing stocks in the world.

‘Most adults may be scratching their heads about the appeal, but there is a global fanbase for the company’s games, figurines, and other products, which have made it highly successful. 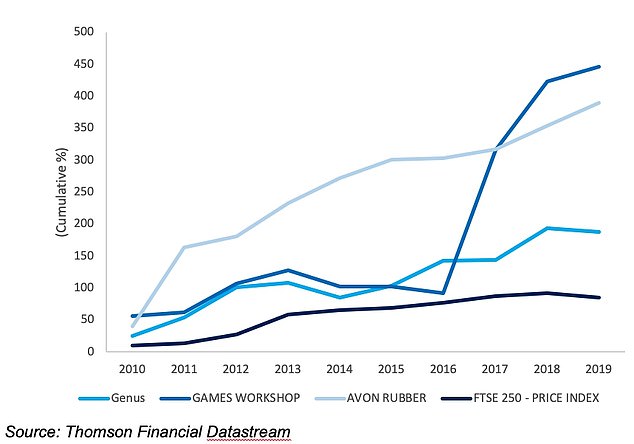 Basingstoke-based Genus is at the forefront of the animal genetics business and has been a beneficiary of rising demand for pork in Asia, along with breeding changes in dairy and beef cattle.

A key driver of demand for its product has been the desire for greater efficiency and sustainability in the production of milk and meat.

Genus’ shares have returned 188.05 per cent over the past decade, with revenue and profits rising last year.

Moore said: ‘Genus was spun out of conglomerate Dalgety in the late 1990s and was almost forgotten about due to its size and poor investor sentiment.

‘However, management has used a strong base of intellectual property and taken a patient, long-term approach, which has steadily built the now recognised global leader in its field.’

Investing through a fund

It’s possible to invest directly in these companies, but many investors can gain exposure and spread their risk through investment trusts.

One trust that looks to capture these types of opportunities is BlackRock Throgmorton, which aims to deliver long-term capital growth and an attractive total return by investing in UK small and mid-cap companies.

Avon Rubber and Games Workshop are among its top holdings.

‘It is not easy to identify or be patient with “moneyball” stocks individually and the risks can often be high given their size and typical focus on a narrow segment,’ said Moore.

‘Investment trusts like BlackRock Throgmorton are a great way to gain exposure to smaller companies that perhaps don’t have the biggest profile or operate in relatively niche areas.

‘It also offers the benefit of being able to spread risk, rather than having all your capital in a single business.

‘It has holdings in a range of potentially high-growth businesses, taking away the extremes that can sometimes come with investing in them.’