In recent decades, it’s China that has pushed hard and sold its mass-produced goods around the world.

But now one of the biggest online shopping websites is giving British businesses access to sell to its 800million-strong Chinese consumer market.

Alibaba Group’s Tmall Global claims there is a strong demand for British products in China and has announced the UK and Ireland edition of the ‘Go Global 11.11 Pitch Fest’ – a virtual event in which business founders get to pitch their products to a judging panel, Dragon’s Den style.

Attendees at the 11.11 Global Shopping Festival make use of the magic mirrors

Tmall Global says this could be the opportunity a small business needs to recover from any potential losses suffered during the pandemic.

David Lloyd, general manager of UK, Nordics & The Netherlands, Alibaba Group says: ‘Given the dramatic shift to online shopping and the continued strong demand for British goods in China, a digital strategy and a China strategy are now essential to fuelling the recovery and growth of British businesses after this challenging year.

What is Pitch Fest?

The deadline for submission is on 16 July 2021 and the Pitch Fest will take place virtually between the 17-31 July.

We had 103m Chinese customers tune into our livestream launch

In the lead-up to last year’s 11.11, Welsh beauty tech brand SmoothSkin broadcast a livestream which had more than 103million views.

It was one of the top ten brands globally selling into China during 11.11 and was placed seventh.

Boyd says: ‘It’s important to go in with eyes wide open because if you are successful in China you scale more quickly than other markets.

‘You have to have the structures in place to cope with that growth.

‘It’s a very competitive market and moves very quickly and if you don’t have the structure for that you are likely to fail.

‘It’s a dynamic environment from a customer and marketing perspective.’

The winners will then be eligible to take part in this year’s 11.11. Global Shopping Festival after being fast-tracked and launched on Tmall’s cross-border marketplace, Tmall Global.

Winners will also go on to work directly with the Tmall Global Team and receive marketing advice and tools to boost brand awareness.

It’s not clear how many British and Irish businesses will be accepted this year.

Tmall held a similar event in the US where American businesses owners pitched their products.

Out of the 100 that took part, only nine were selected by the judges.

Lloyd says: ‘We don’t have a target this year. Not everyone can be successful.

‘We want to receive a lot of applications and hopefully they’re good enough that we almost have too many.

‘The point is if we set an artificially high target, we may struggle to meet that and possibly add brands that aren’t quite ready.

‘Or if we set too low a target, we may then get a range of fantastic applications.’

But not all are seasoned participants of the festival – 2,600 participated in last year’s 11.11 for the first time.

British brands tend to do well in China and the 11.11 festival which starts on China’s Singles Day – an unofficial holiday and start of a shopping season – is a very lucrative event. Singles Day or Double 11 celebrates people that are not in relationships.

As the name suggests the 11.11 festival, which starts on the Singles Day, lasts 11 days. In 2020 during that period $494million worth of goods from UK businesses were sold. 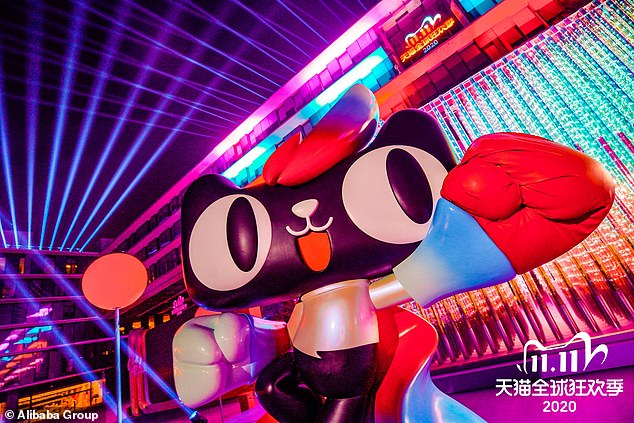 The Tmall Cat featured at the 2020 11.11 global shopping festival event

Selected brands will also be pitched to famous Chinese influencers, such as Austin Li Jiaqi (aka Lipstick King) or China’s star saleswoman Viya – potentially attracting millions of follows and millions in revenue.

Influencers could (Chinese and other international ones) could then go on to promote the products themselves.

Lloyd says: ‘These influencers are paid for by the brand but the cost is variable and often based on a sales percentage.’

All brands, whether accepted or not, will receive follow up one-to-one consultation with a Tmall Global expert.

They’ll also be given a bespoke report on the market opportunity with advice on how to grow their brand globally and in China.

Tmall Global was launched in 2014 and claims it is the largest cross-border e-commerce platform in China.

Lloyd says that there are a wide range of product categories that tend to do well with Chinese consumers, including fashion, accessories, beauty, personal care, electronics, home, food and beverage, health and wellness, baby and maternity toys and pet products.

While the consumer reach is enormous and there’s a great potential to make a lot of sales, being present on the shopping mall style website is not cheap.

So, while the competition is aimed at SMEs it’s likely that more established SMEs will be successful on the platform. 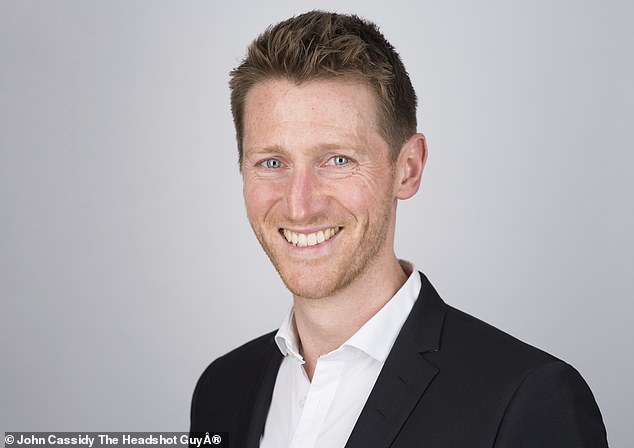 The deposit acts like an insurance and is only refunded if a company decides to no longer take part in Tmall.

That’s provided it’s not needed to settle disputes. Lloyd explains: ‘We will take a small deposit from brands. If there is ever a dispute between brand and buyer and if we need to, we’d look at if we could use it to settle it.’

Tmall also takes a commission for sales conducted via the platform. Lloyd says: ‘We take a sales commission – it’s not fixed but number hangs around five per cent.’

We will take a small deposit from brands. If there is ever a dispute between brand and buyer and if we need to, we’d look at it we could use it to settle it

The other things businesses will have to consider when doing business through Tmall and selling to China is the marketing and local partner costs.

The marketing budget will be used to promote the digital store within Tmall and the suggested investment  for this is about 20-30 per cent of GMV.

Businesses will also have to consider local partner costs which will be needed to pay for a representative on the ground – referred to as the ‘Tmall Partner’.

While TPs are not compulsory they are highly recommended by marketplaces, like Tmall, as they believe it’s necessary to have local experts to help boost the store’s performance among Chinese consumers who could move onto the next trend swiftly.

It can be an expensive exercise to launch on Tmall and promote products in China.

But Simon Boyd, sales director for SmoothSkin which sells products on Tmall points out: ‘If you were looking to scale business in a European market and a retail partner there the costs are significantly higher than working with Tmall.

‘It’s possible to work with strong distribution partners and great TPs in China.’

Lloyd says that language barriers pose no problem when it comes to dealing with TPs but he advises business owners to be hands on.

‘There’s less of a cultural and language barrier. The TPs are becoming so experienced in dealing with international brands, so they have a great deal of English brands so that is pretty manageable.

‘You still have to invest in it. You have to actively manage it and it’s not a question of find a product, get a TP and let it run.

‘You are putting all your success in other people and it can work but those who actively manage are more successful. They tend to ask questions back and forth and are responsive to the market.’

Then there’s the challenge of appealing to the Chinese consumer. Lloyd explains that Chinese consumers are different to British consumers because they prefer to shop online instead of malls and have grown up with social media and smartphones.

But they’re open to most British products even if they are something that originated in China – like tea.

Lloyd says: ‘You wouldn’t think selling tea to china would be possible. It shows you the possibility of the market.’

‘You have to think of it as a marketplace and that this is your web presence in China. It’s not something to leave alone. It’s a living thing you have to nurture.’

Criteria for entry into the Go Global 11.11 Pitch Fest

Tmall Global says business must have the following to be eligible for evaluation in the pitch:

· E-commerce ready (i.e., must have a unique product code (UPC) on each product, as well as images and detailed product descriptions).

· Dedicated personnel to work with Tmall Global team for setup and selling into China.

· A minimum annual turnover of £3million.

· The capability to export.