Could YOU tell a £38 Chardonnay from a CLONED bottle at half the price?

Revolutionary scientists are creating exquisite wines for half the price but could you tell the difference between a £38 bottle of Chardonnay and a £19 Frankenwine?

US company Replica Wines, is changing the way wine is created by using both science and expert sommeliers in order to clone some of the US’ most loved tipples.

The aim is to create a 95 per cent match and create wines that are indistinguishable to your favourite wines, while costing significantly less.

The Prisoner vs. the Pickpocket, could an expert wine sommelier tell the difference between the two?

In a test set up by The Times, renowned sommelier Andrew Bell, was put to the test to see whether he could tell the difference between the original and Replica Wine’s creations.

In downtown Manhattan, two glasses of wine stood side by side on a table, both were full-bodied reds with lots of dark fruit and notes of cinnamon and cardamom.

But one of them was a popular and expensive California red called The Prisoner and the other was an impostor: a clone concocted in a Colorado laboratory by Replica Wine.

The firm adds in essences and grace notes to make it resemble something grander. By this method, Replica Wine is busy making copies of the most popular wines in the world, giving them cheeky names such as Knockoff or Pickpocket, selling them for half the price and boasting that no one can tell the difference.

Mr Bell, who has worked in the wine industry for 35 years stuck his nose in each glass and then took three long sips, but could he tell The Prisoner from the fake? Or were they on the brink of a revolution in the wine industry, in which so much that is held sacred about a vintage and its connection to the earth in a particular sunlit valley was about to be swept away?

Forgeries are now sold in 49 states, in Canada and Puerto Rico and there are plans to bring them over to Britain.

The men behind Replica Wine sound like revolutionaries. ‘There is a sort of ‘let them eat cake’ mentality to the wine business,’ said Ari Walker, a wine merchant who co-founded the company with a healthcare and food science entrepreneur named Kevin Hicks. The finest vintages ‘are just not accessible to everybody’, he said. ‘We want to democratise these flavours.’

While some horrified oenophiles have called his creations Frankenstein wines, Mr Walker is confident that he stands on the right side of history. He is also confident that he cannot be sued as many supermarkets make generic versions of foods all the time.

The idea of knocking off wine began with a bet. He and Mr Hicks operate a laboratory in Colorado that performs chemical breakdowns of mass-market products such as baby food and sun cream. They also run a wine business.

‘Our lead scientist at the time said, ‘I bet I could make a method to track taste and aroma in wine,’ said Mr Walker. The laboratory developed a method of identifying nearly six hundred ‘micro-components’ in a wine, he said.

Replica Wine ‘reverse engineers’ the wine it works with in order to clone expensive plonk.

The lab the company it works with, Ellipse Analytics, has analysed nearly 2,000 wines and over 60 chemistry markers, amassing the largest alcohol flavor profile database in the world.

Ellipse Analytics is in the process of implementing a testing panel that contains 560 “analytes” or chemical compounds that can be identified and measured including aromas, flavors, mouth-feel, color/tint, purity, and structure.

Although the company leverages key scientific insights to create its master forgeries, they said its winemaking is grower-centric with a focus on craft, integrity and purity.

Ellipse Analytics and Replica aspire to a 95% match and create wines that are indistinguishable to your favorite wines before the wine is passed to Replica’s Chief Wine Officer Brett Zimmerman, a Master Sommelier.

As one of fewer than 300 individuals in the world to earn the wine industry’s highest certification, Brett’s highly trained palette is the final test in quality assurance. If he does not think the wine tastes amazing, and nearly identical to the wine that inspired it, it is not bottled.

Connecting the data to particular tastes and aromas posed an even greater challenge. Studying The Prisoner, which sells for $40-$50 (£30.44- £38.05) a bottle, they sought to understand how specific data points caused ‘its opacity, its alcohol content, its richness on the palate, caused by a high glycerine content, the influence of oak on the nose and in the back palate’, said Mr Walker.

Mr Walker hired a famous winemaker named Ed Killian to help to source the bulk wine they would blend as a base; then they would introduce natural additives and tinker with the sweetness and acidity.

Mr Walker argues that these same techniques are used, quietly, by vintners all over California. ‘The science provides a map so we know if we are close,’ he said.

Their forgeries are now sold in 49 states, in Canada and Puerto Rico and there are plans to bring them over to Britain.

‘We have been doing really well with it,’ Anthony Infantino, general manager of a wine store in New Jersey, said. A sign informed customers that Pickpocket had been made to taste ‘just like The Prisoner’ but ‘for half the price!!’

Orginally, Mr Infantino had mixed feelings about selling it.

‘Some of this stuff, you are paying for the name. Those guys who made The Prisoner worked their asses off.’

The makers of The Prisoner sold the brand for a reported $40 million in 2010; it changed hands again in 2016, bundled together with four lesser known wines, for $285 million. Replicating it was ‘a dirty move’, Mr Infantino said. ‘But in the same breath it’s a genius move.’ 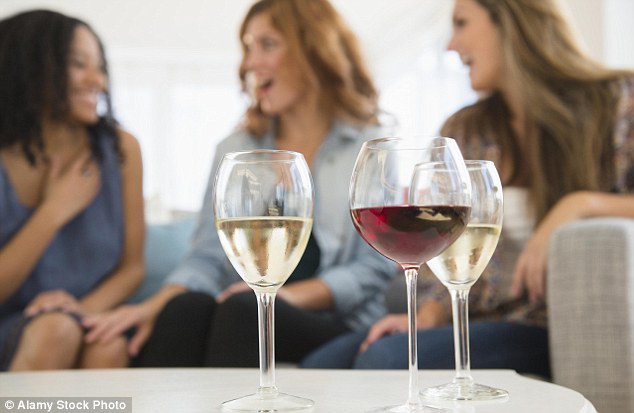 After a blind tasting of The Prisoner and Pickpocket this week, Mr Bell, the New York sommelier, acknowledged that they were ‘nearly identical’. ‘There is a whisper of sharp acid I’m getting in the second wine,’ he said. ‘Nobody would do this on purpose.’ That wine, he decided, was The Prisoner and he was right.

Hours later, they reconvened in a steak restaurant for a second blind test of a popular chardonnay called Kendall-Jackson and a Replica called Knockoff.

One of them, he said was flat, quaffable plonk, with lots of tropical fruit. The other, he said, had a soul. ‘If I’m wrong, it’s a freaking stellar knock-off.’

He was wrong. He shrugged. ‘The knock-off is a better wine,’ he said. But he was deeply troubled.

‘Knockoff, Pickpocket, they are cheeky names because they are thieves. They are stealing a consumer’s ability to experience a wine that was grown in a place they have yet to visit. This is virtual reality in the world of oenophilia. It breaks my heart.’