Transgender bathers have today been given full access to use Hampstead Heath’s iconic Ladies’ Pond following a controversial consultation.

The City of London Corporation has officially adopted a new gender identity policy which means anyone can access the female facilities if they identity as a woman.

But the plans for one of the country’s most iconic outdoor ladies-only swimming ponds have been met with a backlash from some campaigners.

Others have questioned why the council gave the motion a green light despite disregarding nearly 19,000 of responses to its equality survey. 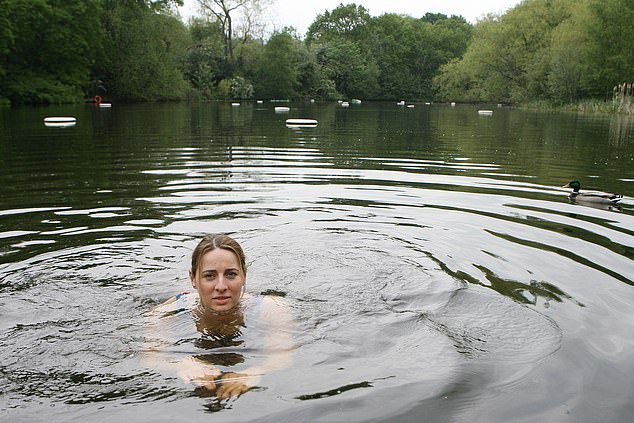 The Kenwood Ladies’ Pond (pictured), was officially opened in 1925, although swimmers had been using it for centuries

The policy – which has been welcomed by the Kenwood Ladies’ Pond Association (KLPA) – comes after an online survey consultation on attitudes to gender identity received nearly 40,000 responses.

But 18,459 were disregarded as invalid, on the basis that those respondents did not answer any questions other than to identify themselves and declare the reason for their interest in the survey.

The survey, undertaken by the City Corporation, showed around 12,390 of the remaining 21,000 respondents agreed that trans people should be able to access services relating to their gender identity.

The council said the move will ensure a ‘robust and consistent approach’ to gender identity.

But some women have expressed concern the policy will put their safety at risk in female-only spaces.

One woman said in response to the survey: ‘This is opening-up opportunities and safe spaces for women to any man who claims to self-ID as a woman.

‘Statistics show that women are at risk of male violence.

‘This includes genuine transwomen – these transwomen with GRC and cis women need safe places and not to have misogynistic self-ID advocates trying to erode their rights and safe spaces.’

One Muslim swimmer said she could no longer use the pond, and another activist argued it would ‘open up safe spaces to any man who claims to self identify as a woman.’ 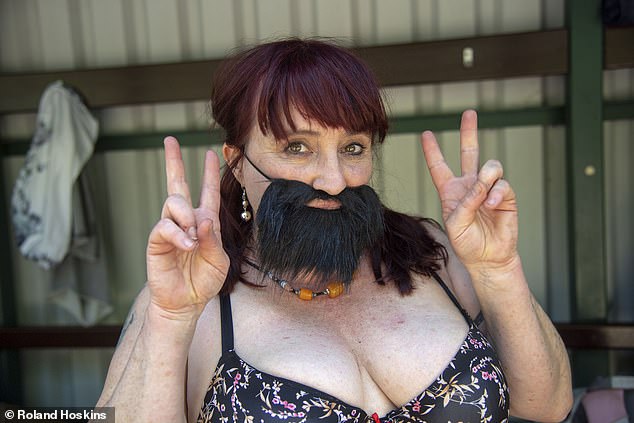 Last year activists (including this woman), staged a demonstration at the Men’s Pond on Hampstead Heath, dressing as men to make their point 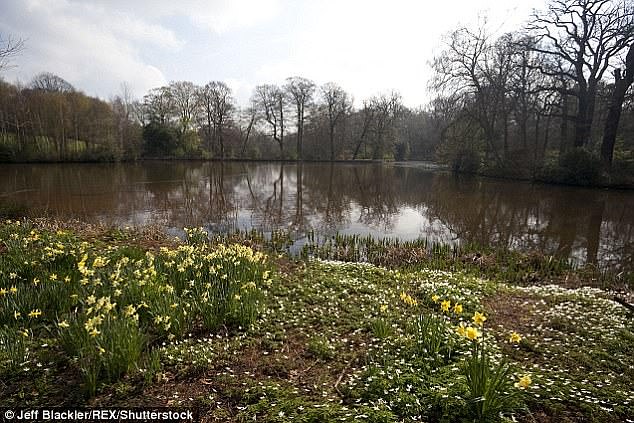 One Muslim woman said she would no longer be able to use a woman only pond or changing room.

She said: ‘I will no longer be able to use women only pool and changing area if men are allowed in.

‘My nieces are not allowed to be uncovered around men and will not be able to learn to swim. Muslim girls are put at risk and discriminated against by this change.’

A KLPA spokesperson said: ‘We welcome the CoLC’s gender identity policy which reflects the requirements of the Equalities Act.

‘The Ladies’ Pond is a single sex space and the KLPA is committed to helping to create there an inclusive environment for all women, including transgender women, which is free from discrimination, harassment or victimisation.’

But some respondents said access should be restricted ‘based on biological sex’ and that the dignity of women and girls should be ‘prioritised’.

Some suggested that ‘people must complete transitions first’ before using female facilities.

But supporters said it was essential than trans women have a safe place to go.

One said: ‘I am happy to share services for women with those not born into female bodies.

‘I think their safety would be more compromised in male spaces than mine would be by having trans women in a female space with me.’

Women’s Space UK, an organisation that campaigns to preserve separate spaces for the gender, questioned whether the survey was legitimate.

In a statement they said: ‘The issues we raised, that a proposal of this magnitude is being carried out via Survey Monkey and that it was initially only available on Twitter.

‘Survey Monkey is not an appropriate platform to use to collect responses for a survey of this kind as it is open to multiple completion by single individuals.

‘Neither is it a reliable, secure or inclusive way to undertake a survey which will potentially affect millions of London citizens and visitors to the City.

‘The way the questions have been framed which is confusing and obstructive The terminology used which repeatedly conflates the terms ‘gender’ and ‘sex’.

‘This is both confusing and alarming given that ‘sex’ is a protected characteristic under the Equality Act.’

They also tweeted: ‘These were our concerns with the validity, scope and design of the survey carried out in relation to gender identity last year.

‘Many women agreed with us and responded in their 1000s – only to be ignored. Some equality policy.’ 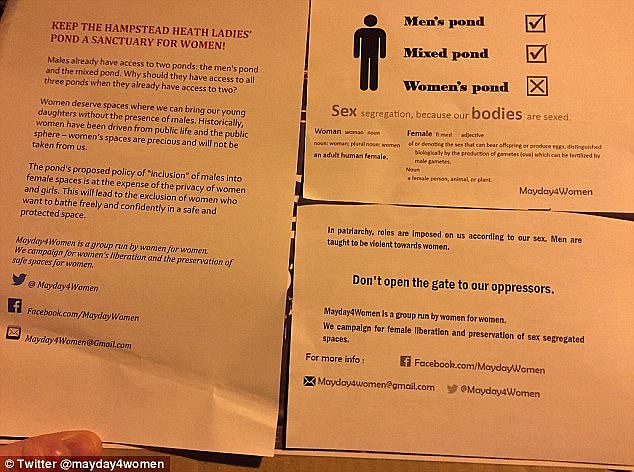 However, one 22-year-old who identified as ‘Agender’ said: ‘Transgender people just want to be treated like human beings.

‘We are not dangerous, contagious, or doing anything to bother anyone.

‘Not allowing us access to the recourses we need such as proper bathrooms is hurtful both on an individual level and to a large group of the people you serve.’

Edward Lord, chair of the establishment committee, which leads on the City Corporation’s workforce and inclusion policies, said: ‘This policy will ensure our public services do not discriminate against trans people.

‘We support a wide range of service users and we want to ensure they can all feel comfortable accessing and enjoying our facilities.

‘All communities should be fully respected, and equality and basic human rights upheld.

‘We aspire to be a leader in diversity, equality and inclusion.

‘We are committed to building and supporting a strong, sustainable and cohesive society in the capital and beyond, and this policy will take us one step further towards realising this vision.’