Council bosses have apologised to villagers after blundering workmen demolished the wrong playground.

Officials have now been forced to install second-hand equipment in the play area – which has stood since 1930 – after the originals was destroyed by mistake.

Families whose children love the Fryer Crescent recreation ground in Haughton-le-Skerne, Darlington, County Durham, were woken by a terrible noise from the field.

They were stunned when they rushed out to find a council crew busily demolishing the play equipment with angle-grinders. 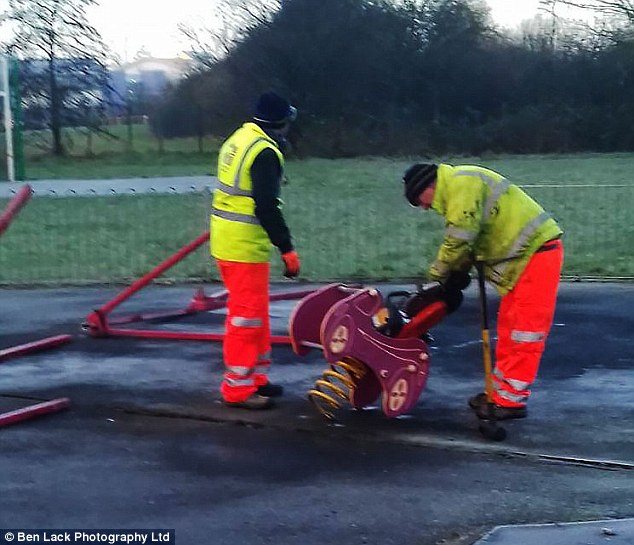 Swings and a rocker were all reduced to scrap before residents were able to alert councillors to halt the destruction.

Ironically, work to demolish the climbing frame had only just started but the council jobsworths said they had to carry on for health and safety reasons.

Resident John Thompson said: ‘When I came up to the workmen they told me they had instructions to remove the equipment.

‘I had not been told anything about it, so I contacted our councillors and the council’s play area manager who was here very quickly and stopped work. 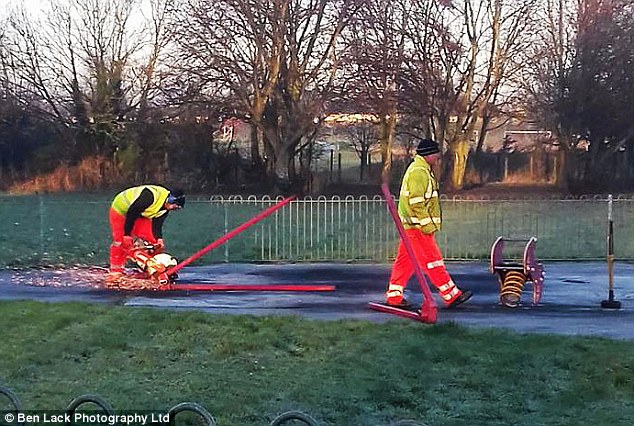 ‘The workmen had removed the swings and a rocker and had started dismantling the climbing frame, so for safety reasons they had to continue removing that.’

A Darlington Council spokesman told MailOnline: ‘It was an error on the part of the team that had been tasked with taking out some play equipment that was to be taken out of use.

‘They went to the wrong play area and removed equipment that had not been slated for removal.

‘The playground they were supposed to remove equipment from was in Pensbury Street in Darlington. 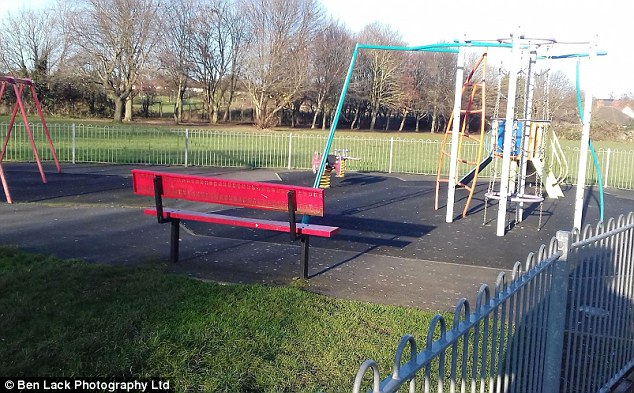 ‘The error was realised quite quickly after it happened. Working with the local community steps have been taken to put right what went wrong

‘We’ve been able to keep costs to a few hundred pounds by making use of existing equipment and using our own in-house labour.

‘The initial error happened back in December and the playground is in the process of being fixed now.’

Looking on the bright side, Mr Thompson say they have gained a new climbing cube, a tea pot lid roundabout will replace the swings and dish rocker will be installed.

The recreation area dates back to 1930 when local grocer Frederick Fryer gifted the seven-acre plot to the parish council for use by the village’s children.