The television presenter has described how the author of A Brief History of Time ended up ‘p****** himself’ laughing when she accidentally headbutted her dance partner.

In an interview on The Chris Ramsey show, Riley revealed how her self-confessed ‘weirdest day ever’ kicked off when television chef Ainsley Harriott cooked her three Christmas dinners as they filmed The Gadget Show. 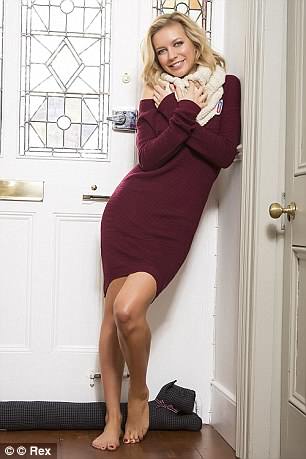 Comedian Jimmy Carr then sent her a message telling her he was going out with Hawking and his family in Birmingham and that she should join them, as the professor was a big fan of Strictly Come Dancing, which she was filming at the time.

She said: ‘Weirdest day ever! I was filming The Gadget Show. So in the morning Ainsley Harriott cooked me three Christmas dinners – in October – and then Jimmy Carr messaged saying he was going out with Stephen Hawking and his family and friends, who are good mates.’

Riley said she duly headed down to Birmingham while training for Strictly, and brought her boyfriend Pasha Kovalev – but when she arrived she felt she ‘had to dance’ for the theoretical physicist. 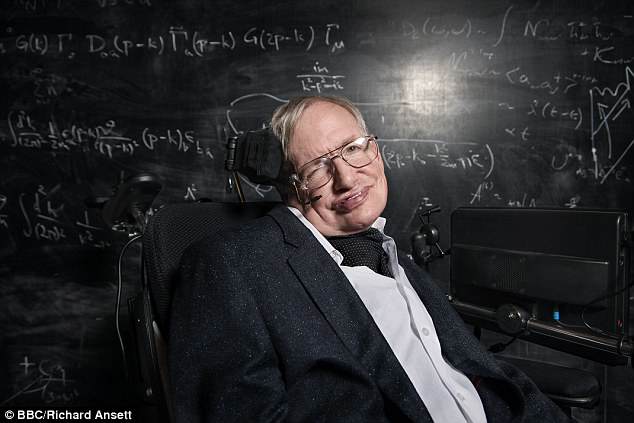 She said: ‘He put the music on. I went to do the dance, and three beats in I accidentally head-butted Pasha. We have it on video somewhere.’

She recalled that Hawking and the group were ‘p****** themselves’ laughing after the dance to Maneater went wrong.

Professor Hawking passed away earlier this month at the age of 76.