An English countess is set to reveal how her dream 10-year marriage to a Russian Oligarch nicknamed ‘Putin’s Banker’ turned into a nightmare.

Cameras followed Alexandra Tolstoy and Sergei Pugachev over five years for a documentary about their privileged lifestyle, but as they were filming things began to fall apart.

Alexandra, 45, has three children with Sergei, who was once worth £10billion and known as Vladimir Putin’s banker.

The TV presenter and author – who had been married once before – says she was ‘besotted’ with the businessman when they first met.

But the relationship took a bad turn when Sergei got on the wrong side of the Russian government. They claim he owes the state $1billion.

‘When I met Sergei it was electric and I fell so in love with him,’ Alexandra – whose family is related to War & Peace author Leo Tolstoy – told The Mirror.

‘I’d never felt such a connection to someone, it was such a love affair.’

She added that he made her feel safe and protected, meaning she could spend as much time as possible with her children.

However Sergei fled London in 2015 and exiled himself in the South of France, claiming he was facing death threats.

Alexandra visited him in Nice a year later to find his behaviour had completely changed – forcing her to take her children and leave the man she had loved. 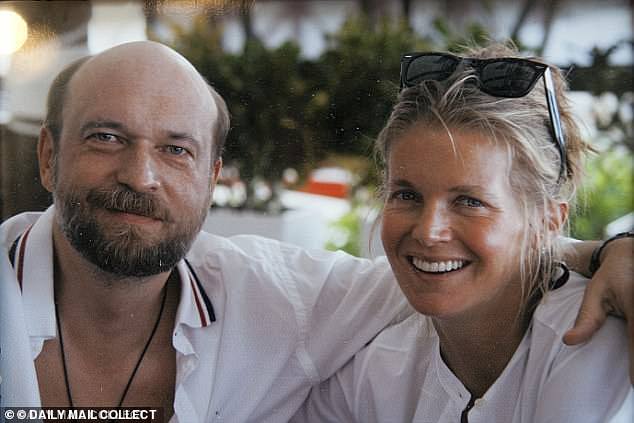 Alexandra, 45, (right) has three children with Sergei (left), who was once worth £10billion and known as Vladimir Putin’s banker

It marked a stark contrast to the year before when the family had spent time together at their different houses in Chelsea, France and St Bart’s in the Caribbean.

Sergei, now 57, accuses Alexandra of stealing their children – who he has not seen for four years – and turning them against him. This is something which she denies.

In the film, he says he will not pay back the money Russia says he stole and that powerful friends helped him leave the UK to get to safety.

He also claims that Russians threatened to cut off his son’s fingers and that Alexandra is a KGB spy. 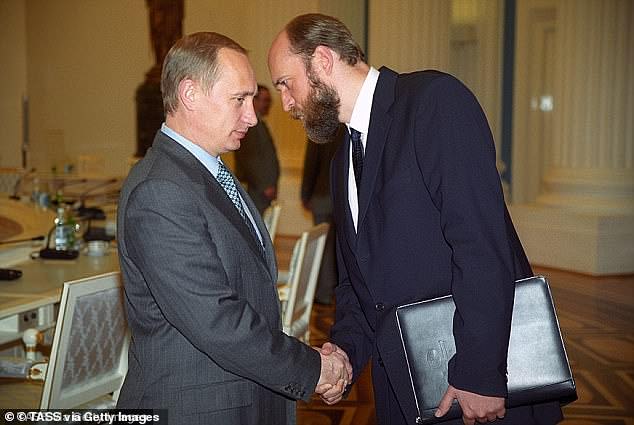 Sergei Pugachev with Vladimir Putin. Sergei claims that Russians threatened to cut off his son’s fingers and that Alexandra is a KGB spy

Sergei added that he thinks Alexandra only ever wanted him for his money but that he would like to be reunited with their children.

‘I love my children,’ he says. ‘I hope they will stay with their father.’

Since their split, Alexandra has returned to her former job leading riding trips and now lives in a cottage in Oxfordshire near where she grew up.

She says she is optimistic about the future and now looks back on her old ‘vulgar’ lifestyle – which involved collecting designer shoes and handbags – with regret.

The Countess and the Russian Billionaire, BBC2, April 8 at 9pm.