This is the shocking moment a county lines drug dealer and four other teenagers mowed down an aspiring music producer in a stolen BMW before hacking him to death.

Lord Promise Nkenda, 17, was with two friends when the stolen BMW roared towards them in what police believe was a case of mistaken identity.

CCTV footage shows how his two friends managed to dive out of the way, but Promise was thrown up onto the bonnet as the black BMW ploughed into a wall.

Despite the impact, the teenager was able to jump off the hood and run away and down the road in Canning Town, east London, the Old Bailey heard. 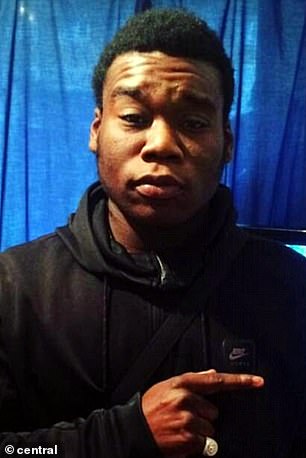 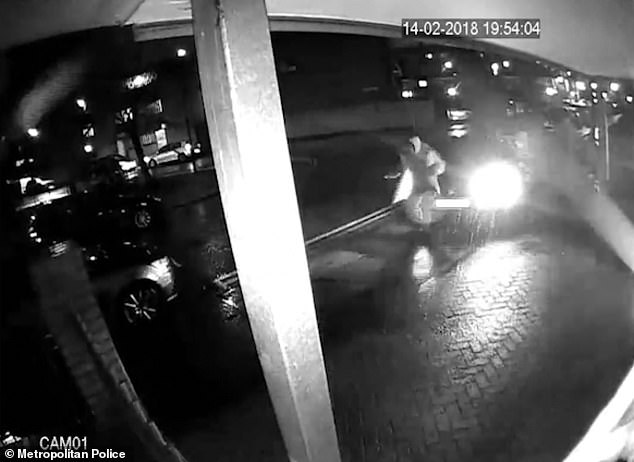 CCTV footage shows how his two friends managed to dive out of the way, but Promise was thrown up onto the bonnet

But the BMW followed him before the four teenagers inside jumped out and chased Promise down an alley, stabbing him 15 times in the head, face, chest, arm and thigh.

Ephraim Idris, Anton Muir, Ishaq Abdille, Shemar Dawes, all 18, and a 15-year-old who cannot be named, each denied murder but were all convicted after a six-week trial.

Abdille and Dawes were detained for life with a minimum term of 18 years.

Idris, who was cleared of the murder of another 17-year-old six months before, was handed a minimum term of 16 years.

Muir was sentenced to at least 17 years and the 15-year-old, who was 14 at the time of the murder, was given a minimum of 14 years.

It emerged today Idris stood trial for the murder of college student Duran Kajiama, 17, who was stabbed to death in Dagenham, east London, in November 2016.

Idris was cleared of murder by a jury while another youth, 17, was convicted of manslaughter on the grounds of diminished responsibility and jailed for 12 years.

As a result Idris was wearing an electronic monitoring tag at the time Mr Nkenda was killed. 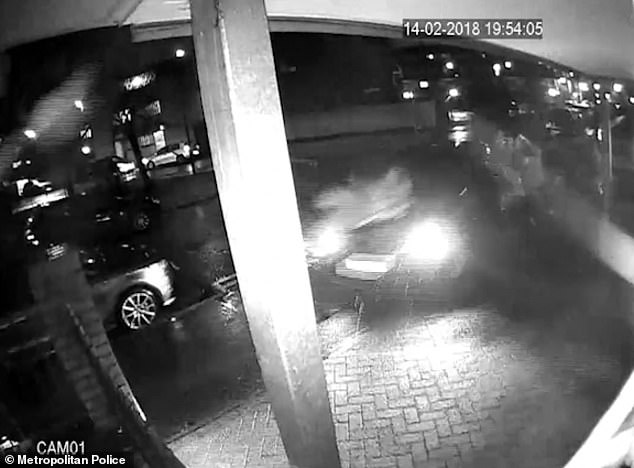 Despite the impact, the teenager was able to jump off the hood and run away and down the road in Canning Town, east London , the Old Bailey heard 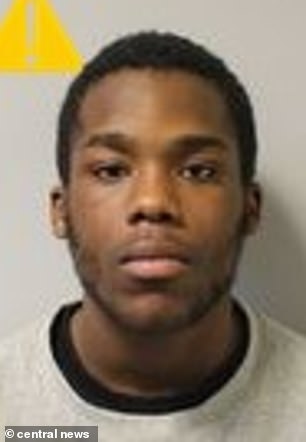 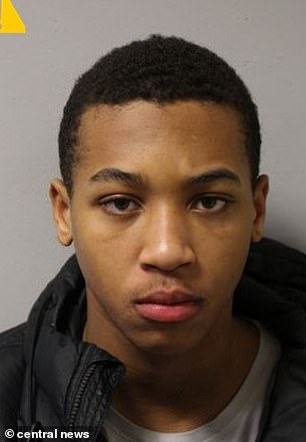 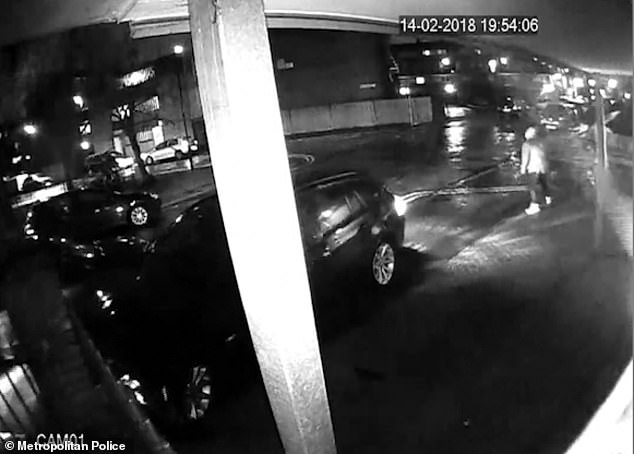 Shortly after the car hit a wall, it reversed and followed Promise to an alley, where those inside jumped out and stabbed him 15 times in the head, face, chest, arm and thigh

‘Idris became involved in selling drugs, he was convicted of what is now known as county lines supply of drugs down in Exeter,’ said Alan Kent, prosecuting.

‘He would appear to have been a victim of mistaken identity because there is no evidence to connect him with any of these defendants at all.

‘There would appears to be a significant degree of planning or pre-meditation. They turned off their mobile handsets in order to avoid detection by cell site data.’

The prosecutor said the attackers had taken at least one knife to the scene and had worn disposable gloves in an attempt to hide their fingerprints and DNA. 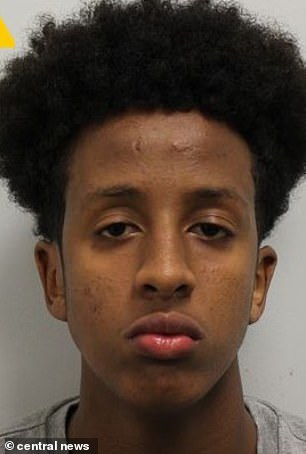 Ishaq Abdille (pictured) was one of five people convicted of murder

Mr Nkenda’s brother, Patrick Nkenda, told the court: ‘He was my baby brother and a gift from God.

‘I am still in a state of disbelief that this has happened – I keep expecting to wake up from this endless nightmare.

‘This incident means that, not only have we had Promise taken from us, it has destroyed our family.

‘Promise died in a sustained and frenzied knife attack – he died, cold and alone, in the street.

‘We feel empty and numb, a part of us all died alone with Promise on that east London street.’

Mr Nkenda told how his mother suffered a stroke shortly after hearing that her youngest child had been killed by ‘a pack of animals’.

Police and paramedics battled for half an hour to save him, but the teenager was pronounced dead at 8.38pm.

After the ambush, the killers returned to the BMW, which had been stolen in a ‘car-jacking’ less than two hours before the murder, jumped in and sped off.

When the car crashed a second time on Victoria Dock Road, the five ran off towards Tolgate Road and split off into two groups to continue their getaway.

Idris admitted being in the vicinity of the murder scene after his tag was recorded in a nearby road but denied playing any part in the attack.

But Idris’ DNA was also found on a sheath matching a knife that bore another sample matching that of Promise.

Muir was in phone contact with Idris and the youngest boy in the hours leading up to the killing and also admitted being at the scene after call records put him in the area.

A bag containing a quantity of cannabis, an Oyster Card registered to the 15-year-old and a drinks carton bearing his fingerprint were retrieved from the stolen car.

He also admitted being present at the scene but similarly denied acting as part of the group which murdered Promise.

The teenagers, all from east London, will be sentenced later today.