A county lines drugs gang who flooded one of Britain’s most deprived towns with heroin and crack cocaine were jailed for more than 37 years yesterday.

Operating under the brand name ‘Bugsy Malone’, the eight-strong gang moved into Grimsby from Manchester to target the most vulnerable in society.

The gang of seven men and a woman operated for a year in the seaside town and used telephone lines – called ‘Bugsy lines’ – to sell the drugs, Hull Crown Court heard.

The gang set themselves up with business phones to advertise cut-price deals by text message. They printed business cards too.

The gang were part of a growing problem across Humberside, its chief constable said, with others ensnaring children to do their dirty work.

Chief Constable Lee Freeman said a dedicated team had identified 11 children who were being exploited by criminal gangs. Six of them have been removed from the county to ‘keep them out of harm’s way’.

There was no evidence the Bugsy Malone gang had been using children but prosecutor Richard Thyne described the operation as a classic ‘county lines business model’.

Mr Thyne said the gang, like similar outfits, moved from a big city to a coastal town where they were not known to local police.

They used threats and promises of drugs to lure vulnerable people to give them use of their homes as bases to sell Class A drugs to local addicts.

Six of the gang were jailed for a total of 37 years and four months yesterday by Judge Mark Bury at Hull Crown Court. They all admitted conspiring to supply Class A drugs, including heroin and crack cocaine.

The other two – brother and sister Billy Griffin, 28, and 25-year-old Lauren Griffin – went on the run last on Friday as they were about to appear in court on the same charge.

Judge Bury said the six members of the gang he sentenced had all been motivated by money.

He added: ‘The operation was a reasonably sophisticated one. You had home-made business cards and business phone numbers.’ 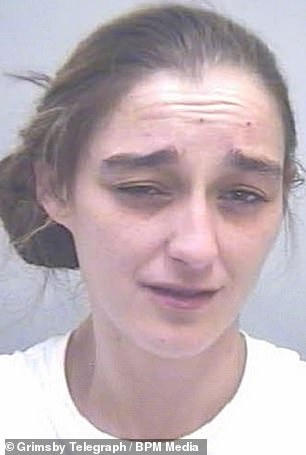 Brother and sister Billy Griffin, 28, and 25-year-old Lauren Griffin – went on the run last on Friday as they were about to appear in court on the same charge

He jailed one of the ringleaders Robin Griffin, 31, who also admitted a separate drugs offence, for nine years and nine months. Griffin smiled and shouted to relatives in court ‘see you later’ as he was led away.

Lee Hughes, 30, was jailed for seven years but asked the judge to repeat the sentence before sneering: ‘That’s all right.’ 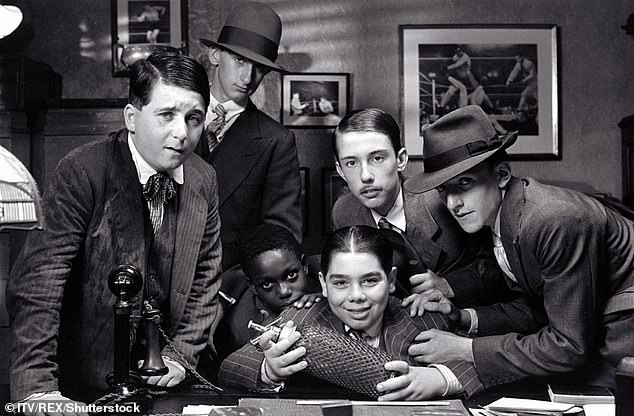 The cast of musical Bugsy Malone. Mr Thyne said the gang, like similar outfits, moved from a big city to a coastal town where they were not known to local police

They also found cash, including £1,000 in a plastic tub which had been flung from a car during a police chase.

John Brady, 29, was jailed for five years. Liam Oxley, 31, was jailed for two years four months. All the defendants were from Manchester, apart from Oxley, whose home in Louth was taken over by the gang.