A Baltimore couple is facing dozens of animal abuse charges after a police raid at their home discovered 74 dead cats and nearly 150 more living in deplorable conditions inside a make-shift unlicensed animal rescue center.

Garriott J. Cox, 53, and Pamela Arrington, 51, were indicted on 63 counts of aggravated animal cruelty, animal cruelty and failure to provide food, drink, and care on November 4.

The couple, who run Colony Cats of Bird River from their home, had been under investigation since September after Baltimore County Animal Services (BCAS) received numerous complaints from the Maryland SPCA about their trap, neuter, vaccinate and release business.

Two later searches of their property at 10322 Bird Lane Road would recover a staggering total of 221 animals – 74 dead and 147 alive – which were all being housed in ‘foul conditions’. 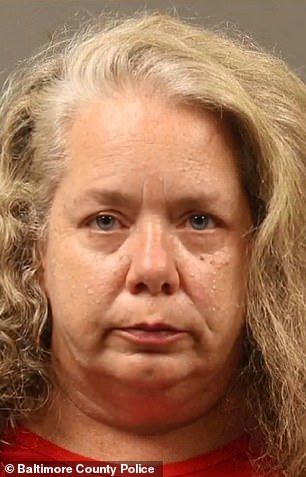 Garriott J. Cox, 53, and Pamela Arrington, 51, (above) were indicted on 63 counts of aggravated animal cruelty, animal cruelty and failure to provide food, drink, and care on November 4, shortly after 221 animals – both dead and alive – were removed from their home in Middle River

According to a police report observed by DailyMail.com, Arrington would regularly bring cats to the Maryland SPCA to be checked over and diagnosed by vets, who later voiced their concerns to BCAS.

In their letter, the vets described the various cats and kittens as being in terrible conditions with a ‘foul indescribable odor’, adding that Arrington sometimes smelled of the odor herself.

‘She has also brought us a few kittens who were in incredibly bad shape and refused our medical services and offer to have these sickly kittens admitted into our shelter program, stating she could offer better care of them,’ the Vets said, as reported by CBS.

Meanwhile, BCAS has received separate reports from concerned residents living near Arrington and Cox, who said a foul odor emanating from their house could be smelled ‘from down the street’.

The residents voiced concern regarding how many cats and other animals she was harboring inside her property, believing the issue could be a ‘potential hoarding situation’.

An investigation was launched after the initial complaint, and on September 24, officers went to the couple’s home-come-rescue center to examine the property.

The officers, greeted by Arrington, entered the home through a side-door by the home’s garage where they were ‘immediately met with very high levels of cat urine smell and ammonia,’ the police report shows.

‘My eyes and nose immediately started to burn and run and I had trouble speaking while in the garage,’ Animal Services Officer Franczkowski’s report read.

Franczkowski noted the garage had only a small opening for ventilation with air purifiers, and the garage floor appeared to be lined with dog crates, a cat condo, traps and transfer cages, housing as many as five cats in each one. 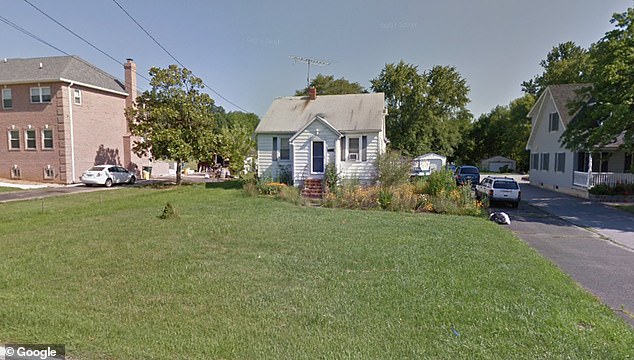 The couple, who run Colony Cats of Bird River from the property, had been under investigation since September after Baltimore County Animal Services (BCAS) received numerous complaints from the Maryland SPCA about their trap, neuter, vaccinate and release business

Many of the cages were uncleaned with more feces than litter in their trays, officers said. Some cats either had no water in their bowls, or not bowls at all.

One of the cats, housed in a tiny cage, was also leukemia positive but was not housed away from the other animals.

Although Colony Cats of Bird River and Beyond is established as a non-profit organization, neither Cox nor Arrington had not applied for a Holding Facility License through Baltimore County, the police report noted.

For the number of cats the pair had inside the home, a Holding Facility License is legally required. 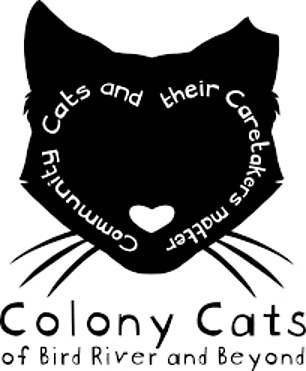 Although Colony Cats of Bird River and Beyond is established as a non-profit organization, neither Cox nor Arrington had not applied for a Holding Facility License through Baltimore County, the police report noted.

Based on their findings, Animal Service Officers went to the home on Bird Road with and executed a search and seizure warrant for the garage on October 9.

The officers described seeing large piles of trash and debris as they arrived, but what they found inside the garage was far worse.

As they passed by the cage – stacked two stories high – the cats inside thrashed around and climbed up on the walls of the containers which officials say is a tell-tale sign they were suffering from starvation.

Many of their trays had more feces in them than they did litter, investigators said.

Ultimately, they found there were 76 live cats being housed in the small cages, with approximately half of them suffering from some kind of illness, including conjunctivitis, infections, leukemia, ulcers and upper respiratory infections.

Their search of the garage also discovered 15 dead cats, some of which had been stored in white Styrofoam boxes which had been placed on top of cages with live cats in them.

‘While they were executing the search warrant on the outbuildings, detectives started to see cats in the window of the house. And every time they looked up, it was a different cat they would see,’ Baltimore County Police spokeswoman Officer Jennifer Peach said.

‘They did more investigating to build more probable cause to get a search warrant for the house.’

Days later on October 17, police returned once more having obtained a second search warrant for the home on the property. 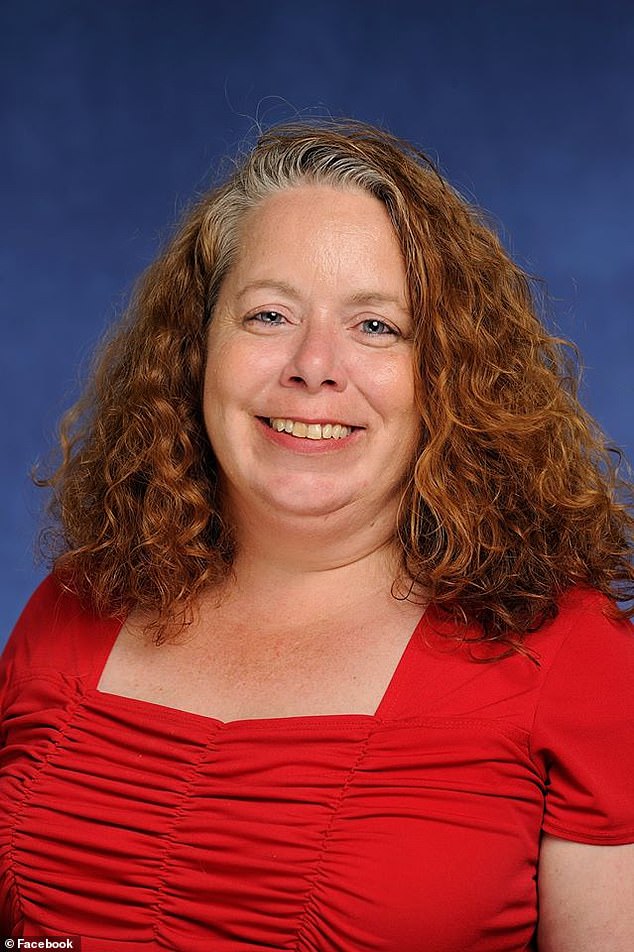 A letter written to authorities described the various cats and kittens as being in terrible conditions with a ‘foul indescribable odor’, adding that Arrington sometimes smelled of the odor herself

Having spent ‘several hours’ inside the home, officers recovered a staggering 74 live cats, and 59 dead ones, along with a live bird and two live dogs which had been kept in cages in the master bedroom.

The inside of the home was covered in animal feces and urine, officers said, with one detective nothing the kitchen was ‘abysmal at best’, with debris, animal feces and loose cats running around, along with dirty dishes in the sink and cobwebs on the wall.

On several occasions in the report, detectives and other responding officials describe feeling sick or having trouble speaking because of the stench of chemical odors throughout the property.

However, the recovered bird, police noted, was in a clean cage with fresh paper in the bottom of the cage with food and water present.

‘This is significant because it demonstrates that the owners of the animals, Cox and Arrington, have the ability and knowledge to care for animals correctly,’ the police report read.

Cox and Arrington were both jailed briefly last Monday. Cox was released Tuesday, and Arrington Thursday after the pair both posted their $50,000 bail.

On Monday, Baltimore County Police Cpl. Shawn Vinson said the two are planning on filing a lawsuit against police in an effort to have some of the living animals returned.

‘We might be in a situation again where we have to go in there again and rescue more animals if they are allowed to go back to them,’ he said.