Couple buy £250,000 three-bedroom ‘dream’ home only to find driveway is too narrow for BMW

A couple who bought their ‘dream’ new build home only to discover they could not park and get out of their BMW on the very narrow drive say they have endured ‘six months of pure hell’.

Saika Ali and husband Muazzam purchased their three-bed property in Great Barr, north west Birmingham, for £250,000 back in November.

But seven months after moving into their detached new-build they’re still waiting for their impractical 8ft-wide driveway to be amended to fit their standard sized car.

Like fellow neighbours Zena and Paul Jones, the Ali family could not physically get out of their car because the driveway was too small.

Neither Saika Ali (right) or husband Muazzam could get out of their BMW when parked in the 8ft (2.46m) drive

It measured a very narrow 8ft-wide (2.48m) when they moved in – and neither Saika or Muazzam could get out of their BMW.

The married couple said they have also been forced to sell their Toyota Yaris because of not being able to use their drive.

‘This was meant to be our dream home but it’s turned into a bloody nightmare,’ explained salesman Muazzam, aged 43.

‘The drive has been a complete waste of space. A dead space, you can’t get out of your car because you’d hit the wall.

‘It’s too small, we’ve paid a hell of a lot for this house; our first home together because we were renting for two years.

‘We were really excited to move in. 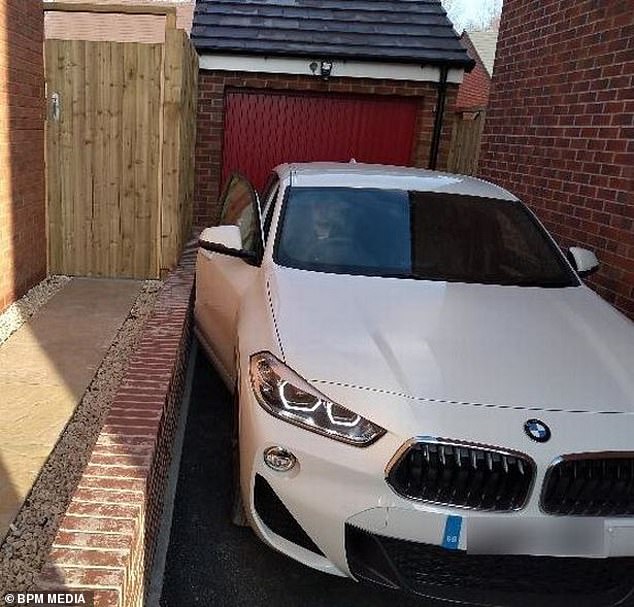 Saika Ali and husband Muazzam purchased their three-bed property for £250,000 back in November but found they could not fit their BMW comfortably in the drive

‘It’s taken well over half a year to get to this stage we’re at now with the drive all dug up.

‘We’ve got a garage at the back as well but we can’t even get our car in there, what’s a garage for?

‘What they should have done is move the garage forward but it’s at the back and takes up a proportion of our garden.

The property on Booths Lane is situated within the new Fore Meadows housing estate in Great Barr.

The estate is run by developers Taylor Wimpey after replacing the former Great Barr golf driving range in 2015.

Building work is currently ongoing with construction due to finish in September.

Once finished, Fore Meadows will comprise of 249 two, three and four-bedroom homes. 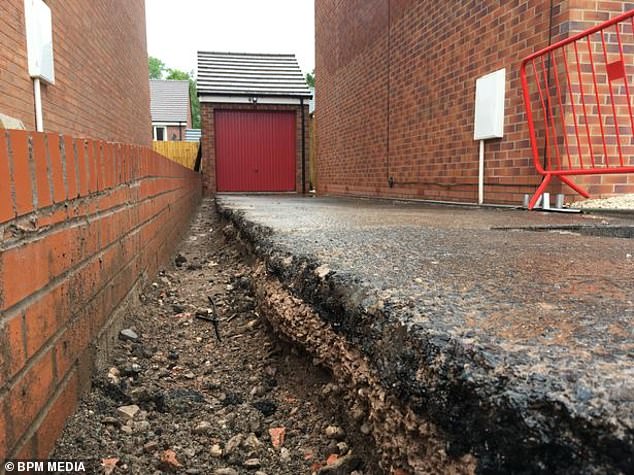 However, couple Saika and Muazzam are far from happy.

‘It’s been a complete disaster to tell you the truth, six months of pure hell,’ explained Saika, 43.

‘I’ve had to take 20 days off work to sort out issues with building work. My day rate is £200 and I’ll be seeking compensation.

‘But it’s the lack of communication; you’ve got workers trespassing on my property doing building work as early as 7am.

‘Yet they’re starting work without telling me what it is they’re doing – this is my house now, we own it. It’s shocking.

‘We’ve just both had enough now, seven months and we still haven’t got a driveway.’ 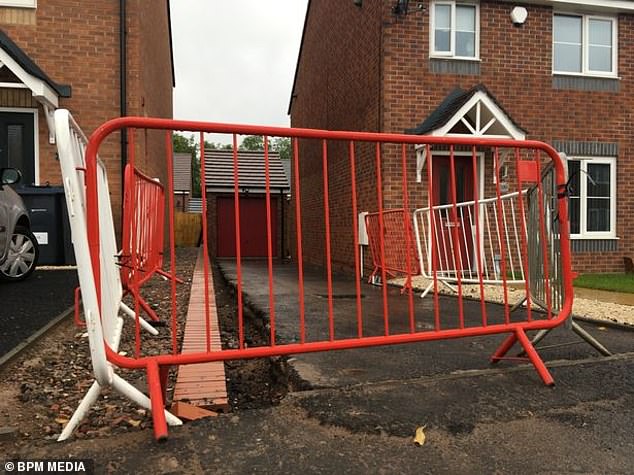 Muazzam added: ‘I wouldn’t buy a new-build, no way. I get that there will be a snagging list but it shouldn’t be like this, no way.’

Housing developer Taylor Wimpey said it is due to amend Mr and Mrs Ali’s driveway in the coming days.

Building work is ongoing to widen the driveway to an improved 2.7 metres but the Alis still claim this would not be wide enough.

A spokesman for Taylor Wimpey said: ‘We are very sorry that Mr and Mrs Ali have experienced issues with the driveway at their new home.

‘Remedial works to resolve these issues are currently underway and we would like to apologise for any inconvenience these works may cause.

‘We are fully committed to working with Mr and Mrs Ali to resolve this matter as soon as practicably possible.’