A couple has claimed an employee at a daycare playground told them to leave the premises because they are gay.

Victoria Torres said she and her girlfriend, Tuyen Nguyen, were at Treehouse Adventures in the Savannah Mall, in Savannah, Georgia, with Torres’ five-year-old nephew when the incident happened in mid-June.

Torres told WSAV that while they were watching her nephew play, she put her arm around Nguyen’s shoulder. Soon after, a Treehouse Adventures chaperone came over and told the couple to stop because the children at the playground were uncomfortable. 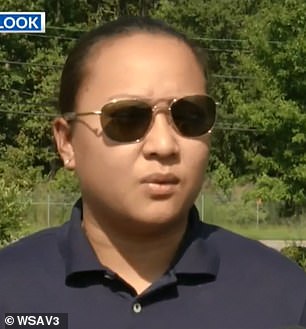 When Torres and Nguyen refused to comply, they then argued with the chaperone and ultimately left the facility with the nephew.

‘It was not only embarrassing, it was hurtful,’ Torres said. ‘You’re just being yourself…it’s never happened to me before.’

Nguyen added that ‘there were plenty of couples there,’ but that they were singled out, even though they ‘were just sitting there reading a magazine.’

‘To explain to my nephew what had happened and why people do that and why you’re not accepted everywhere you go… it’s hard,’ Torres added.

Treehouse Adventures owner Ben Saborio has apologized about what happened, but is claiming that the fact that the couple is gay had nothing to do with their being told to stop being affectionate with each other.

Saborio said the playground has a strict policy against public displays of affection, which is made clear on a laminated sign posted near their front door. 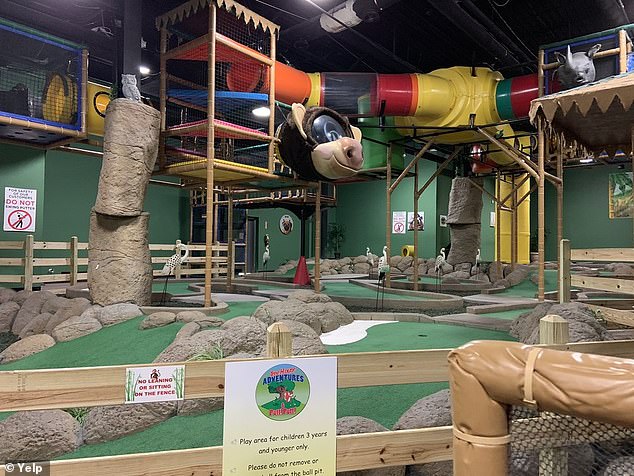 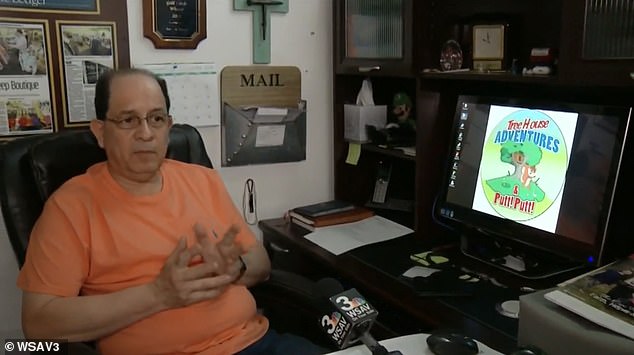 Treehouse Adventures owner Ben Saborio said the couple was not discriminated against. The playground’s public apology stated children had complained about the couple’s PDA

The sign, which he showed WSAV, states patrons should ‘Please Refrain from ALL Kinds of public display In the Tree House Establishment of any kind of Affection, Hugging, Kissing, Touching, ETC. if not being shown towards the children! This is a kid’s zone and we like to keep it P.G.’

Saborio said the sign was posted after an incident occurred prior to the one involving Torres and Nguyen.

According to the Treehouse Adventures’ public apology, obtained by the news station, the company said on the day of Torres and Nguyen’s incident, the facility was also hosting a field trip of 23 children.

‘That was a really really tough situation. I really struggled. It wasn’t easy. But I welcome anybody. I don’t hate anyone,’ Saborio said.

Torres and Nguyen were said to be unhappy about the fact that Saborio didn’t approach them directly, but chose to have an employee talk to them instead.

Saborio said that he was concerned about his language barrier and that because his wife wasn’t at the facility at the time, he was ‘afraid to approach them and say something wrong that would be offensive.’

Torres and Nguyen have hired an attorney.