Couple do their gender reveal via cheese filled burger

A Minnesota couple will always have a soft spot in their hearts and a growling in their stomachs for the cheese filled burger at a St. Paul restaurant.

Eric and Aly Nelson are expecting their second child and wanted to continue the tradition of finding out the sex of their baby by way of cheese.

Instead of pink and blue cupcakes or balloons, Eric and Aly went to the Nook restaurant in St. Paul, Minnesota, and asked their server – for the second time – if they could get their Juicy Lucy burgers filled with the type of cheese that matches the sex of their baby.

Aly Nelson and son Jack learn that Aly is pregnant with a girl, based on the cheese in her Juicy Lucy during an August 2017 meal at the Nook in St. Paul

It would be yellow cheddar for a girl and white pepper jack for a boy.

Two years ago the couple were surprised with white pepper jack cheese and appropriately named their baby Jack.

At the appointment, the doctor wrote down the sex of the baby without them seeing, and placed it in an envelope.

Eric and Aly then went to the Nook, handed the envelope to their server and explained that they would have two Juicy Lucys, according to the Star Tribune. 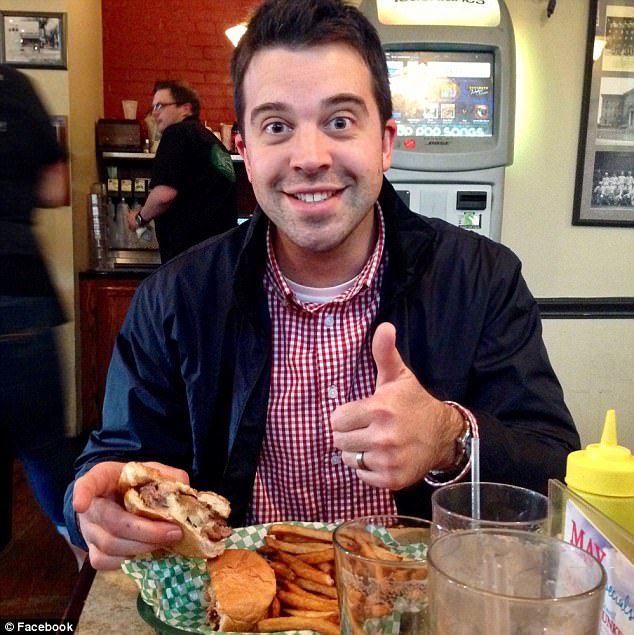 ‘That was literally the first time in my serving career that this happened.’

‘Peeking into the envelope was a big responsibility. I was actually a little nervous.’

‘I was just shocked. It was a cool way to do things,’ Peter Hankee, a server at the Nook, told the Star Tribune.

Eric said that he’s always looking for an excuse to get a burger and that he wanted to do his own version of a gender reveal. 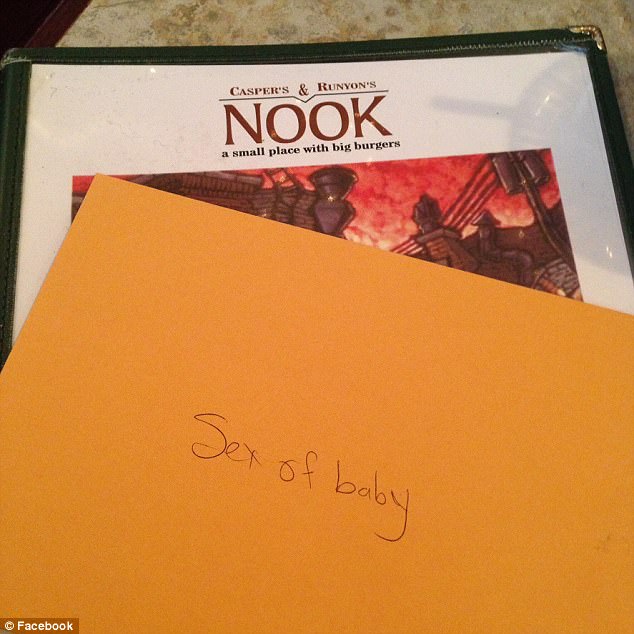 This was the couple’s second time doing their gender reveal at the Nook. The first time, they bit into a Juicy Lucy filled with white pepper jack cheese which revealed they were having a boy

This time around, the couple’s yellow cheddar filled burgers revealed that they would be having a girl.

Peter was excited to do the reveal honors this time because he wanted it to be a girl.

For prospective parents interested in the idea, Eric said that it’s best not to mess with a good idea.

‘Hopefully nobody’s going to turn their cheese blue or pink.’

‘That would totally ruin it,’ Eric told the Star Tribune. 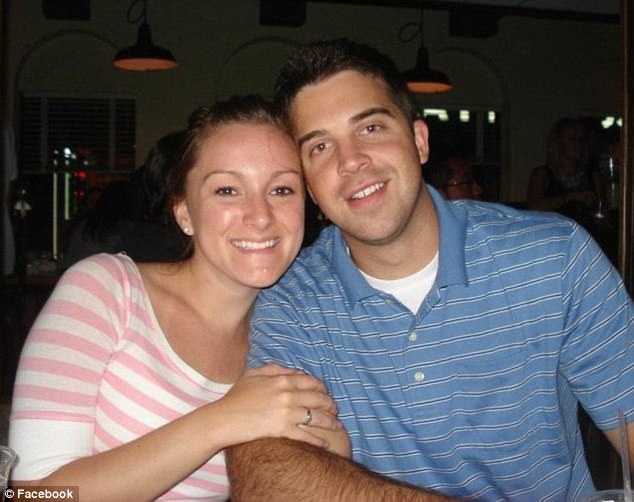 Eric said that prospective parents interested in the idea shouldn’t mess with a good idea. He said: ‘Hopefully nobody’s going to turn their cheese blue or pink’