A couple who spent £13,000 on buying and renovating an old van to begin a new life together on the road have now started a van conversion business after discovering they enjoyed decorating vans more than travelling.

In order to cut costs, the duo purchased a van and converted it into a mobile home rather than paying out for planes and hotel rooms.

Grace and Charlie bought their first Ford transit van in June 2019 for £8,000 and then spent a further £4,850 transforming it into their new home.

Grace Robertson, 28, (right) and Charlie Hughes, 28, (left) from Hastings, East Sussex, have set up their own van renovation business after learning their craft during a £13,000 project to create their own mobile home 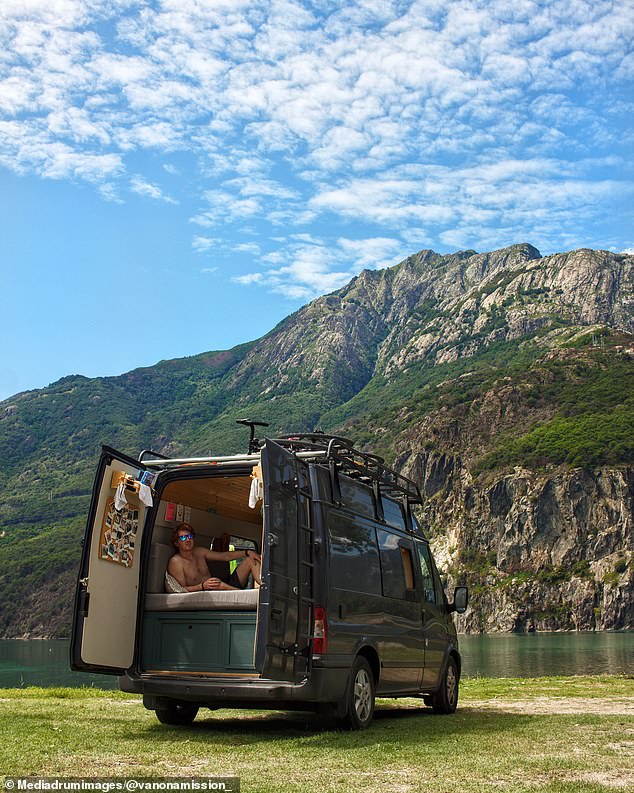 Grace, a former marketing executive, and Charlie, a camera assistant, have always known they wanted to ditch their nine-to-five jobs in favour of a life on the road 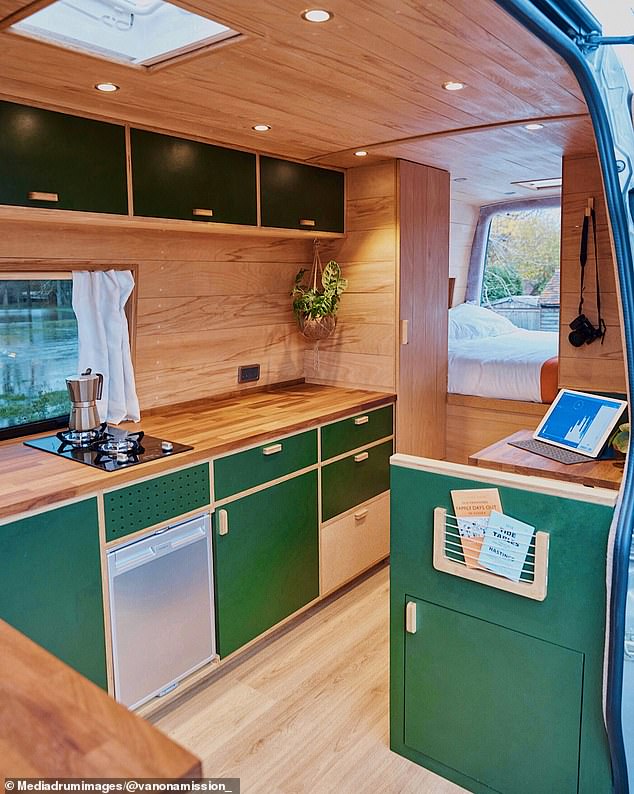 Since transforming their van the couple have visited 16 countries and covered 10,000 miles.

Neither Grace nor Charlie had any DIY experience before working on their van, except from some product design work Grace had completed at college.

‘We knew we didn’t want to be working in our current jobs for the rest of our lives and we were desperate to get out and see the world,’ Grace said. 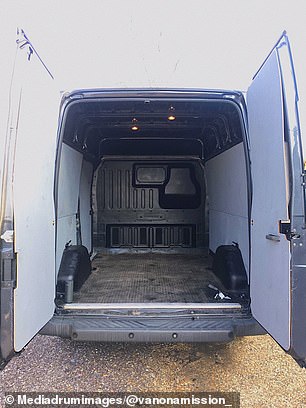 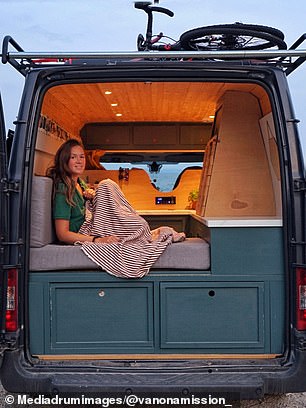 Before and after: The Ford transit van that Grace and Charlie converted for £13,000 to allow them to begin their new life on the road 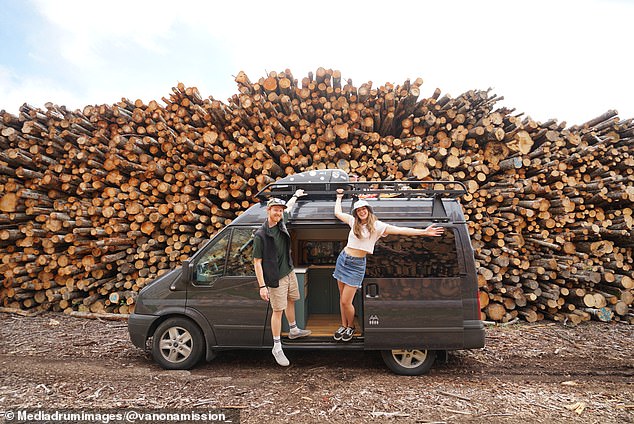 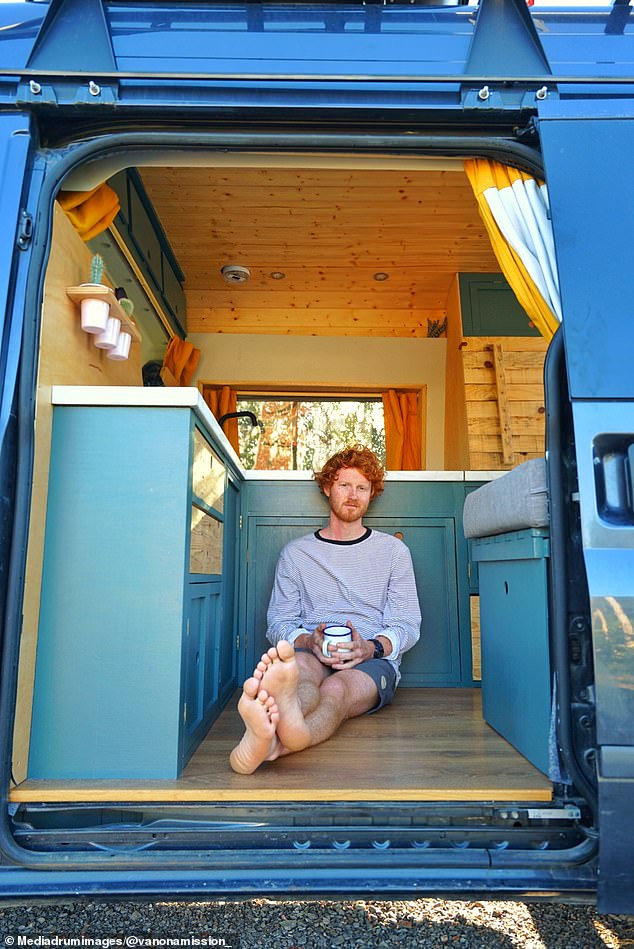 Since completing their van renovation, Charlie and Grace have visited 16 different countries and covered 10,000 miles

‘We’ve always loved the idea of just setting off and seeing where we ended up – and that’s basically what we did.

‘Charlie and I love a challenge and converting a van seemed like an obvious option to allow us to travel Europe.

‘Thirteen-thousand-pounds wouldn’t have got us anywhere near buying a house, so we decided to spend our savings on making memories instead.’

Grace and Charlie had to learn several DIY skills from scratch and threw themselves in at the deep end. 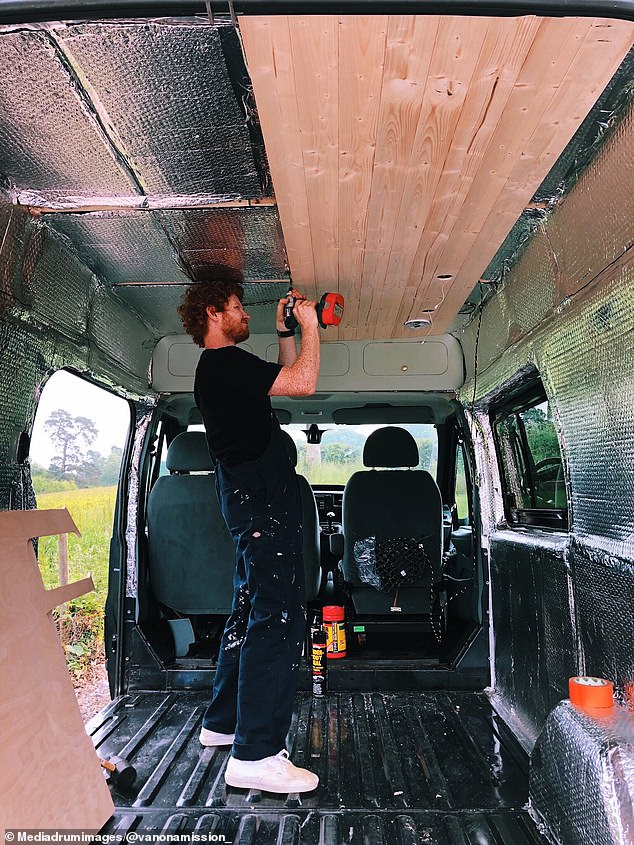 Before starting their van project, Grace and Charlie had almost no DIY experience, aside from some product design work Grace had completed at college 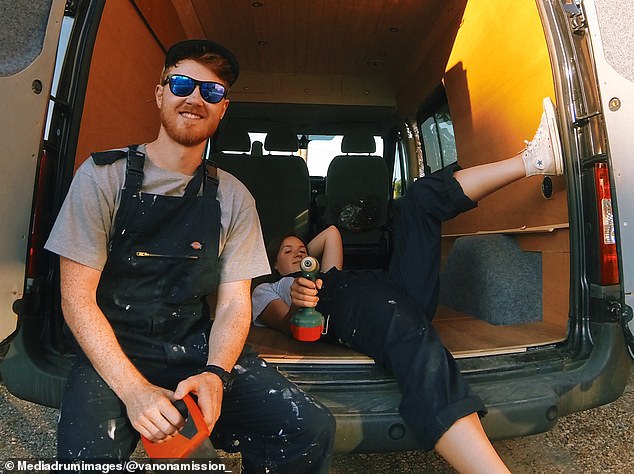 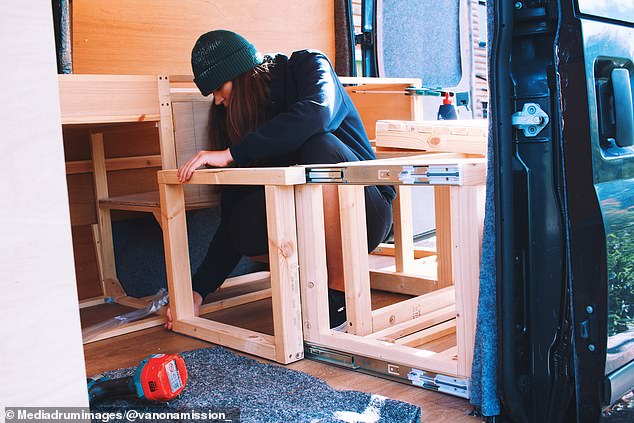 Grace said that £14,000 wouldn’t have come close to getting them a house together so they chose to invest the money into a mobile home so they could see the world

Charlie said: ‘Neither of us had done much woodwork so it was all new, but we had a vision of what we wanted. We gathered some tools from family and friends – and we couldn’t have done it without them.

‘Nothing in a van is straight or square which can be really tricky. You often learn things the hard way.

‘Keeping a spreadsheet of our costs proved to be helpful.’

The couple loved the process of renovating their van so much that they launched their own business, Van On A Mission, and help others achieve their dream life on the road. 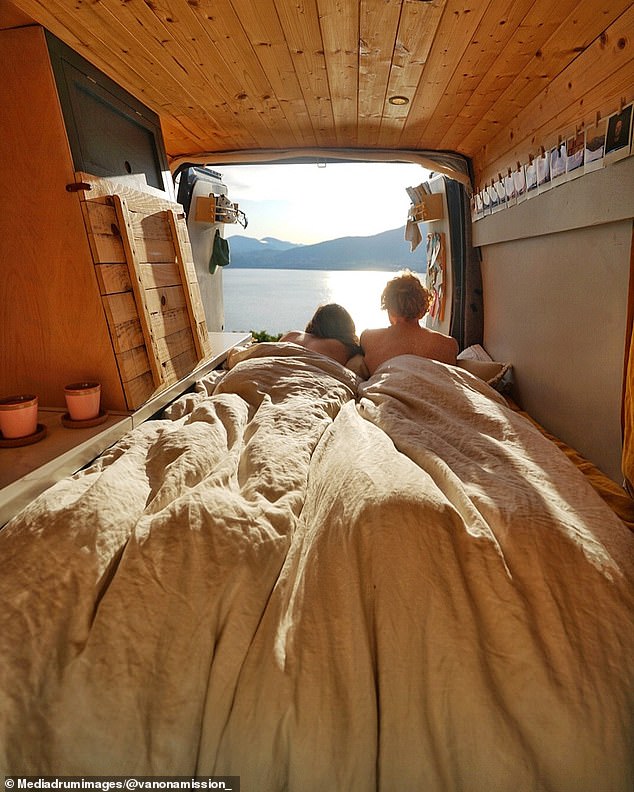 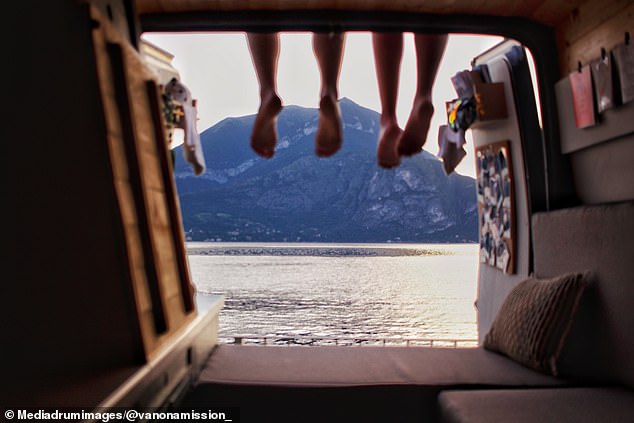 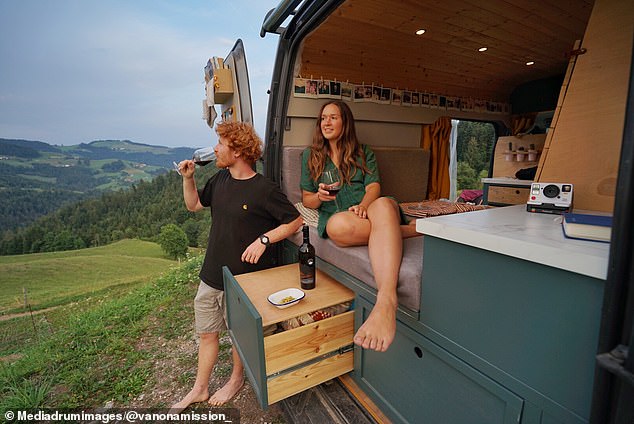 ‘Italy has been our favourite place to travel to so far. We spent seven weeks there. From the Alps to the clifftop villages of Amalfi, it was stunning.

‘We love travelling but we realised that we loved building the van even more. It led us to find a new career converting campers and we couldn’t be happier. 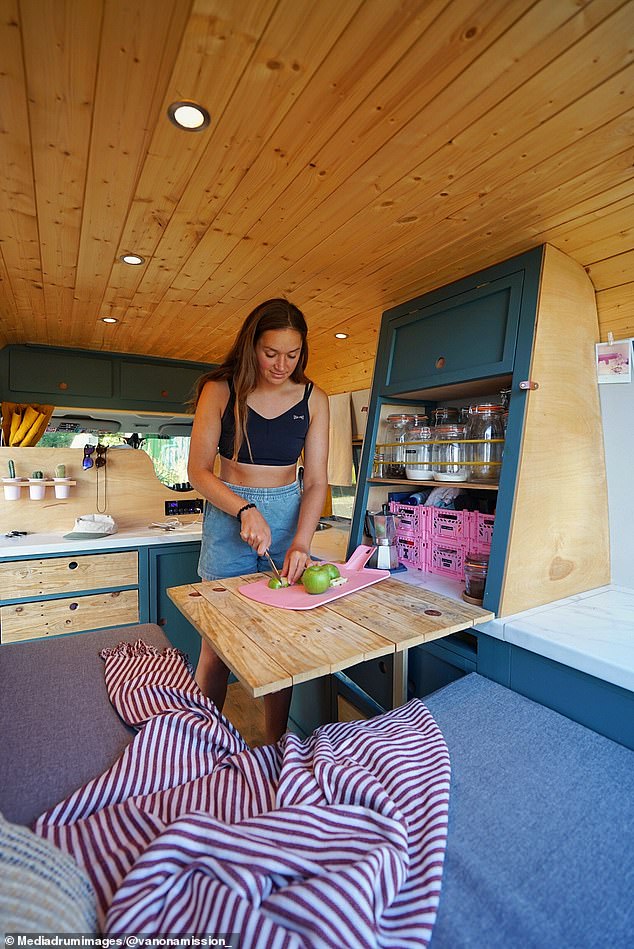 Grace and Charlie’s business, Van On A Mission, has just sold its first renovated van which sold the same day it went on the market 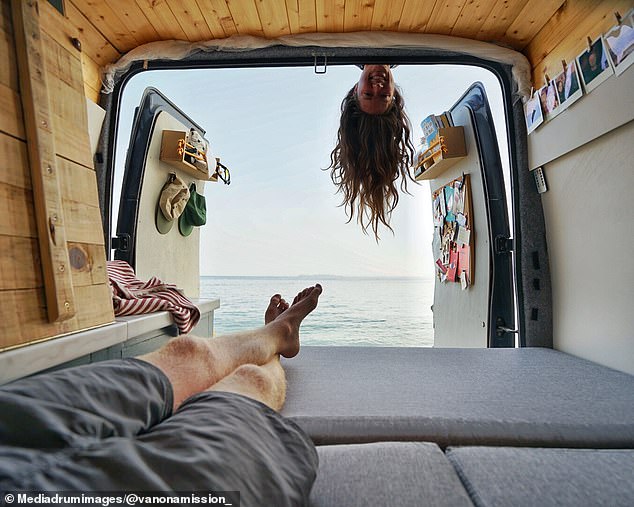 Of all the places that Grace and Charlie have visited, their favourite destination so far has been Italy, where they spent three weeks 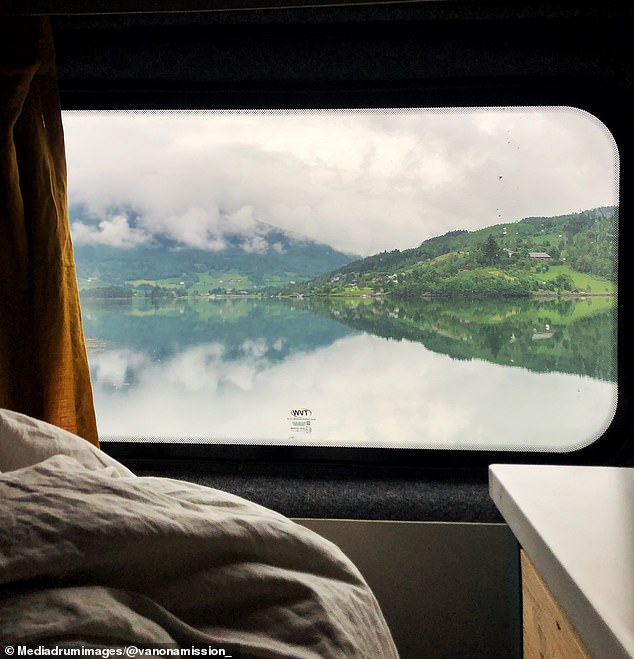 Grace said that if other people are hesitant about renovating a van for themselves, they should just go for it and work things out as they go

‘It helped us figure out what we wanted in life.

‘If you’re undecided about whether you should convert, we’d say just go for it. You work things out as you go.

‘When you strip back to having your home on your back and an open road in front of you, it can truly help you reach your potential and figure out the path you wish to take.’