A chef was left facing deportation after his visa request was wrongly declined and he had his passport confiscated.

Ryan Magnus, 36, lives in Nottingham with his wife but is able to remain in the UK indefinitely as she has lived here since 2001.

He moved from South Africa to Nottingham in 2016 after having a spousal visa granted for two and a half years.

Ryan Magnus, 36, lives in Nottingham with his wife but is able to remain in the UK indefinitely as she has lived here since 2001

Mr Magnus was hoping to extend his visa for another two and a half years before he can be granted indefinite leave to remain in the country like his wife, who is also South African.

Yet when applying for a new visa in July, he was refused one on September 7 because he had not provided an English language certificate following a rule change.

After being told the application was rejected, Mr Magnus’ passport was confiscated under section 17 of the Asylum and Immigration Act 2004 – to assist with removing him from the country.

Mr Magnus, who is a chef at Colwick Hall, said: ‘When I got a letter saying I wouldn’t get my passport back I was devastated. I felt like I was being treated like a criminal.

‘I made a slip up because I had completed the A1 English Language certificate and not the A2 one. I didn’t know the rules had changed in 2017.

‘I wanted to resubmit my application and take the test but with them holding my passport I wasn’t able to. I was trapped.’

The Home Office has told Magnus that his passport will be returned to him but he still needs to resubmit an application and complete and English test.

He added: ‘I will then have to wait one to two months for my application to be redone and my visa runs out on Friday, September 28.

‘I booked months ago to return to see my mum in South Africa so if this is stalled that will be more than £1,000 wasted and I won’t be able to see her. 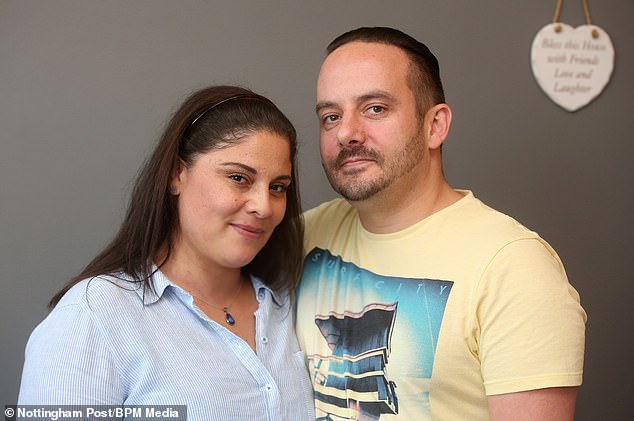 ‘We have spent so much money on these applications. We are supposed to be saving for a house but now we have just scraped together everything we have so that our family can stay togther.’

Mr and Mrs Magnus were childhood sweethearts who tied the knot three years ago, and have begun to built their life together in Nottingham.

However the fiasco surrounding Mr Magnus’s possible deportation from the country has raised doubt as to their future together.

Mrs Magnus, 36, a sales supervisor, said she has not slept since her partner’s passport was taken away.

She said: ‘I honestly don’t think I have slept since this started. He was basically told “no you can’t stay” and we’re keeping your passport to facilitate you leaving the country.

‘The emotional stress that has caused is so upsetting. It could tear our family apart and we have set up a life here.’

Mr and Mrs Magnus said they are trying to raise awareness of their case so that others in a similar situation do not fall into the same trap.

The couple set up a petition to get his passport returned and MP Chris Leslie has also backed the case.

Mr Leslie said: ‘In pursuing the issues raised in this case, I have made representation and am trying to help get his passport back so that he has a chance to stay in the UK with his wife without having to go back to South Africa.

‘I hope that the Home Office will respond quickly to this.’

A Home Office spokesman said: ‘We have spoken to Mr Magnus to apologise for the delay in returning his passport. His passport will be returned as a matter of urgency.’ 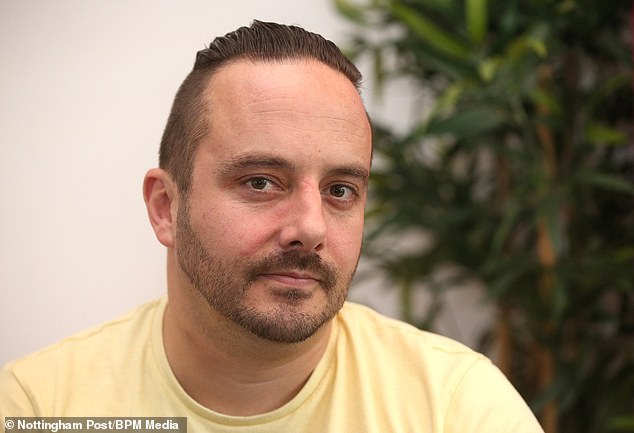