A Canary island-bound couple have been been given a £900 pay-off to miss their flight after a booking blunder meant the plane with empty seats was filled under new coronavirus guidelines.

The sun-seeking couple were preparing for take-off onboard the easyJet flight from Manchester to Lanzarote this morning when the cabin crew apparently announced there were too many passengers.

That’s despite there being eight empty seats on the flight, due to Covid-19 guidance from the European Union Aviation Safety Agency (EASA).

However, passengers say cabin crew told them there should have been nine empty seats, rather than eight, and that one or more holiday-makers would have to leave the plane.

In a bid to entice passengers to voluntary miss the flight, crew members offered £500 in compensation, a full refund, hotel accommodation and a seat on the next available flight – which two passengers accepted.

Today Easyjet has confirmed the flight was overbooked, that it had found a new flight for the couple and added their ‘sincere apology’ for the mix-up.

The sun-seeking couple were preparing for take-off onboard the easyJet flight from Manchester (pictured: easyJet aircraft at Manchester Airport) to Lanzarote this morning when the cabin crew apparently announced there were too many passengers 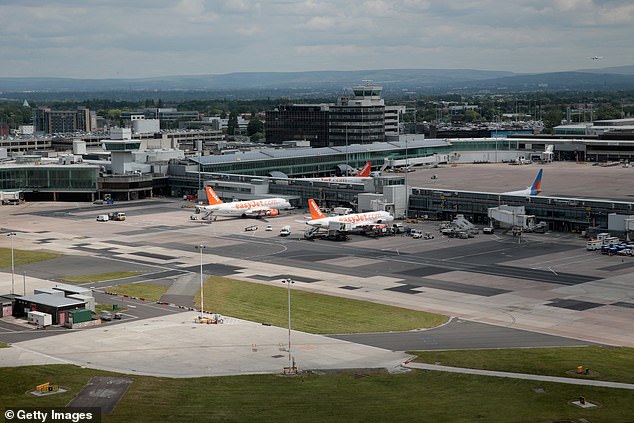 In a bid to entice passengers to voluntary miss the flight, crew members offered £500 in compensation, a full refund, hotel accommodation and a seat on the next available flight – which two passengers accepted 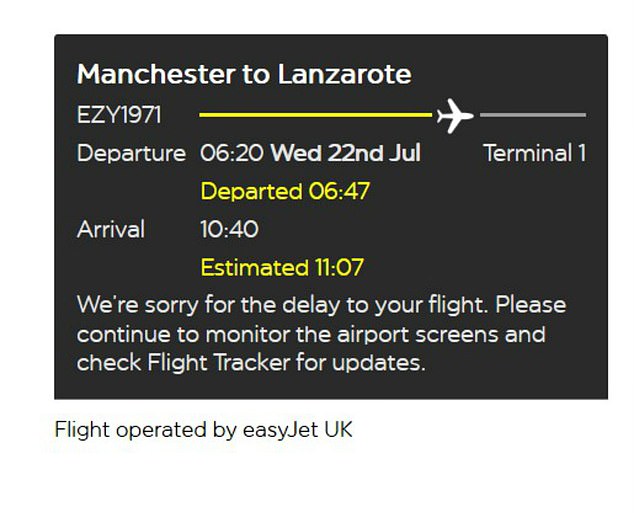 A spokesperson for the budget airline said: ‘easyJet can confirm that two passengers were unable to travel on flight EZY1971 from Manchester to Lanzarote as the flight was overbooked.

‘In line with our policy we sought volunteers who willingly agreed not to fly in return for 500 euros (around £450) each in compensation, alternative flights with another airline tomorrow, hotel accommodation and a full refund.

‘We would like to sincerely apologise for the inconvenience caused.’

The spokesperson said the firm was adhering to EASA’s Covid-19 guidelines which require all airlines to protect a number of seats – which it says varies by individual aircraft type.

The spokesperson added that, ‘like most airlines’, it was easyJet’s policy to overbook flights by a small number as around five per cent of customers did not show-up.

He said this took place where the firm could ‘confidently predict everyone who wants to fly should be able to’ and that easyJet did ‘not deny boarding to passengers in the majority of cases’.

The incident was documented by one Facebook user, Karen Appleton, who was on the flight – which was due to take off from Manchester Airport at 6.20am today.

Posting as the plane was delayed, by 30 minutes, on the tarmac, she said: ‘So sat on an easyJet plane with one too many on board and they’re asking if anyone is willing to get off. Good luck with that one.

In a series of comments, she later added: ‘We are still waiting and won’t go until someone gets off.

‘Apparently COVID regulations state they have to have nine spare seats and we only have eight. 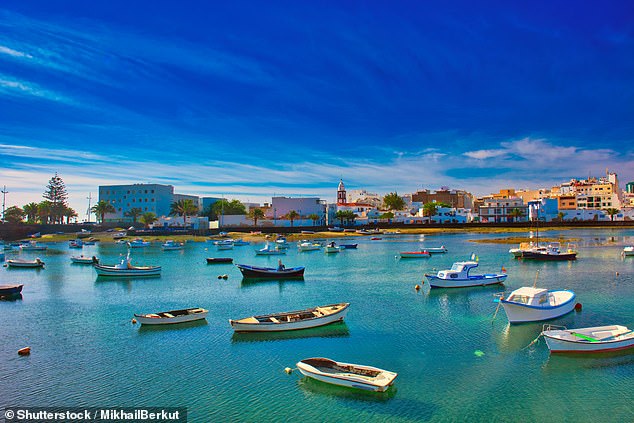 The couple were due to visit Lanzarote, one of the Spanish owned Canary Islands in the Atlantic

‘Fifteen minutes delay up to now and no one is volunteering to get off.’

Ten minutes later, she wrote: ‘So now promised a couple compensation, hotel and next available flight but they’ve got to ring the call centre to sort it out.

‘Don’t know whether to give them the heads up that their call centres are dire or hope they get sorted out.

‘Round of applause for the lovely couple who volunteered.. Not a great start for EJ.

Dozens of social media users took to the post criticising EasyJet for not realising the error earlier.

Sophie Clements wrote: ‘Surely they knew they had too many for the plane before this point.

‘Were they hoping someone would get lost in the departure lounge?’

However, some people saw the funny side and praised the couple who stepped forward.

‘Not sure I would put myself forward. Now hope you can all get away and have a fabulous holiday.’