An unemployed couple have been charged after they were busted stealing teddy bears and plaques from the Florida school shooting memorial.

Michael Shawn Kennedy, 37, and Kara O’Neil, 40, were arrested near the memorial at Marjory Stoneman Douglas High School in Parkland on Sunday night.

Witnesses told Broward County Sheriff deputies that they saw the pair at about 10.30pm stealing items meant to honor the 17 people killed in the shooting.

Teddy bears, plaques and pinwheels were found in the back seat of their car. 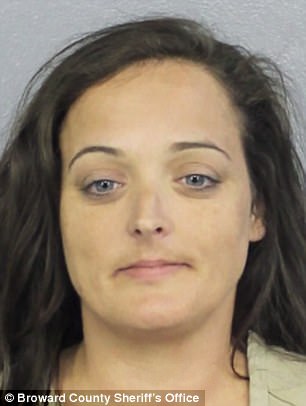 Michael Shawn Kennedy, 37, and Kara O’Neil, 40, were arrested at Marjory Stoneman Douglas High School in Florida on Sunday night for stealing items from the shooting memorial

‘The subjects had no permission or authority to remove items and damage the monument for the deceased,’ their arrest reports state.

‘The subjects were at the monument at an unreasonable hour and maliciously intended to damage the Marjory Stoneman Douglas High School monument.’

The couple’s car was found parked on the road, blocking the right-hand turn lane into the memorial.

Broward County Commissioner Michael Udine told the Sun Sentinel he was disgusted by the couple’s actions. 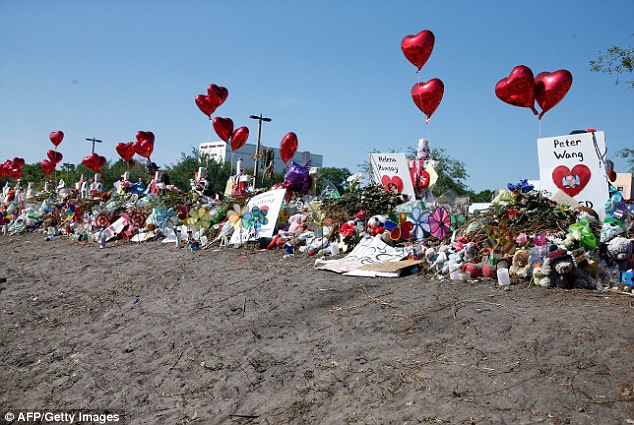 Witnesses told Broward County Sheriff deputies that they saw the pair at about 10.30pm stealing items meant to honor the 17 people killed in the shooting

‘It’s completely disgusting. It’s sickening to me, especially in light of the fact that everybody has tried to treat every aspect of this with so much dignity and respect,’ he said.

Kennedy, of Hollywood, Florida, and O’Neil, of Fulton, New York, were arrested on suspicion of removing or disfiguring a tomb or a monument.

Kennedy, who has a previous burglary conviction, faced court on Monday.

He tried to argue that the memorial for the shooting victims was neither a tomb or monument.