Couple towed after Google Maps sent them to a Scottish bog

A couple had to be towed to safety after Google Maps sent their Vauxhall Corsa along a quad bike track in remote hills in Scotland.

Their Vauxhall ended up deep in a bog in Dumfries and Galloway on Tuesday after following instructions on their Sat-Nav.

The ‘cold and muddy’ couple had to be rescued by Galloway Mountain Rescue Team who have now issued a warning urging drivers over the festive period to use their common sense and not rely solely on a Sat-Nav.

One image, taken by the team, shows mud splattered over the front of the vehicle with the front wheels stuck deep in the bog.

Another shows one member of the rescue team standing next to an ambulance wearing high visibility clothing and surrounded by thick mud and coarse grass.

Sharing the pictures on Facebook the rescue team wrote: ‘Just after 10pm last night, Galloway MRT were requested by Dumfries and Galloway Police Division to attend to a vehicle that had left the roadway, leaving two people stranded, beyond the Fleet Viaduct.

‘The police were concerned for the welfare of the two people, as their given location was not definite. 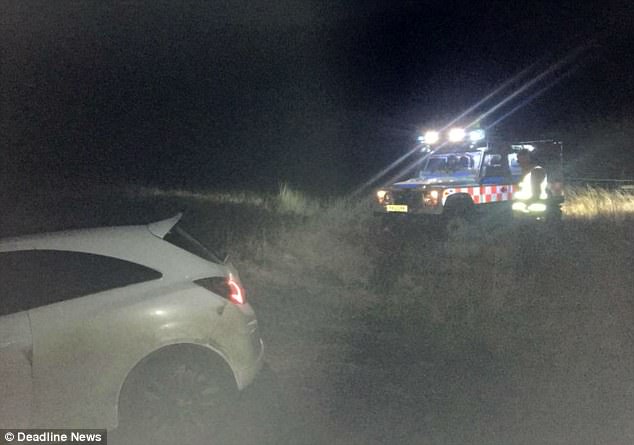 Galloway Mountain Rescue Team, who rescued the couple, have now issued a warning to other drivers over the festive period 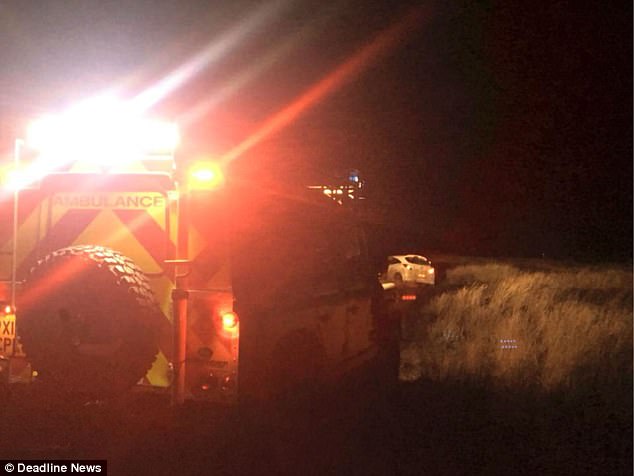 ‘After an initial search of various forest roads, we located a Vauxhall Corsa deep in a bog on the back of Cairnsmore of Fleet.

‘The forest track the vehicle was using turned into a quad bike track.

‘Three team members responded in Galloway Lima, our Land Rover, which easily recovered the vehicle with our winch and provided safety for the cold and muddy driver and passenger.

‘The two were checked over by team members, and were able to follow Galloway Lima out of the forest and down the main road, where our Police RV point was.

They added: ‘Moral of the story: Google Maps are great, but don’t always trust them!’