The Court of Master Sommeliers Americas has said it will stop addressing its top wine experts as ‘master’ after the practice generated accusations of racism.

The controversy erupted after black sommelier Tahiirah Habibi posted an emotional video on Instagram last week recalling how she was instructed to use the honorific while taking an exam in 2011.

‘They stuck with this rule for two days and it literally crushed me,’ Habibi recalled. ‘I passed the test, even with the trauma of that, but something died that day.’

Habibi said she was moved to speak out after the Court of Master Sommeliers published a statement condemning racism, which promoted her organization supporting black wine professionals, The Hue Society, without contacting her first.

Participants are seen at a Court of Master Sommeliers Americas event. The wine industry is facing accusations that it has long lacked diversity and inclusion 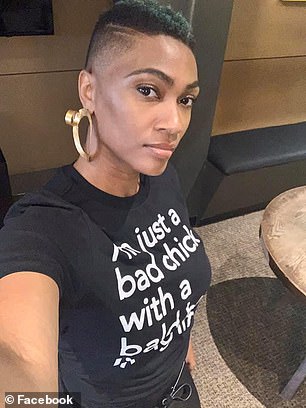 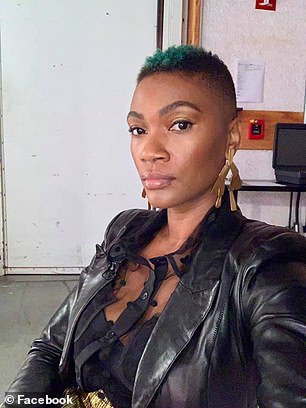 The Court has since published a revised statement that removes mention of The Hue Society and apologizes for the lapse.

Habibi said in her video that while her goal had once been to become the first black female master sommelier, her experience in 2011 prompted her to cut all ties with the organization.

Though she passed that introductory exam, she said she did not want to take higher levels, some of which would have involved serving wine in a simulated restaurant environment.

‘I just couldn’t imagine having to pour a glass of wine for someone while calling them ‘master,’ Habibi told the San Francisco Chronicle.

‘There was no point in attempting to go forward’ in the court, she continued. ‘I couldn’t deal with people who couldn’t see that that language was a problem.’

Master sommelier Devon Broglie, chair of the board of directors of the Court of Master Sommeliers, Americas, said he spoke with Habibi this week about the 2011 incident.

‘I expressed deep regret for the unwelcoming experience and the racism perpetrated then,’ he told the Chronicle.

The board ‘will move to officially end any use of ‘Master + Last name’ only,’ he added, saying that any references to ‘master sommelier’ must use the full term now. 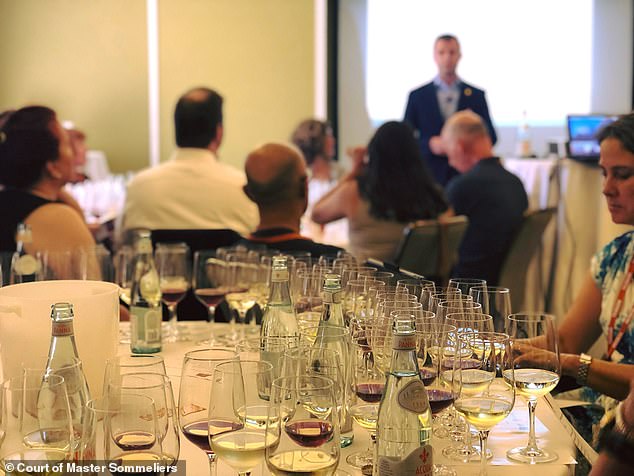 A Court of Master Sommeliers event is seen above. The group says it will no longer refer to master sommeliers simply as ‘master’ due to concerns about racism

On June 17, the day after Habibi posted her video, prominent master sommelier Richard Betts rocked the industry by renouncing his title and cutting ties with the court.

‘The recent global amplification of the long-ignored outcry for racial equality and social justice has elicited what feels to me like a complete lack of empathy from the CMSA; for me this was the last straw,’ Betts wrote in a Medium post.

Betts also expressed his lingering outrage over the court’s handling of a 2018 cheating scandal in the Master Sommelier Examination.

The grueling exam, which is the final test to become a master sommelier, requires candidates to identify wines based only on their appearance, taste and smell.

Since the organization’s founding in the U.K. in 1977, only 269 people have ever passed the exam.

In 2018, it emerged that an examiner had leaked information about the wines included in the test, and the results of all 23 people who passed were invalidated. 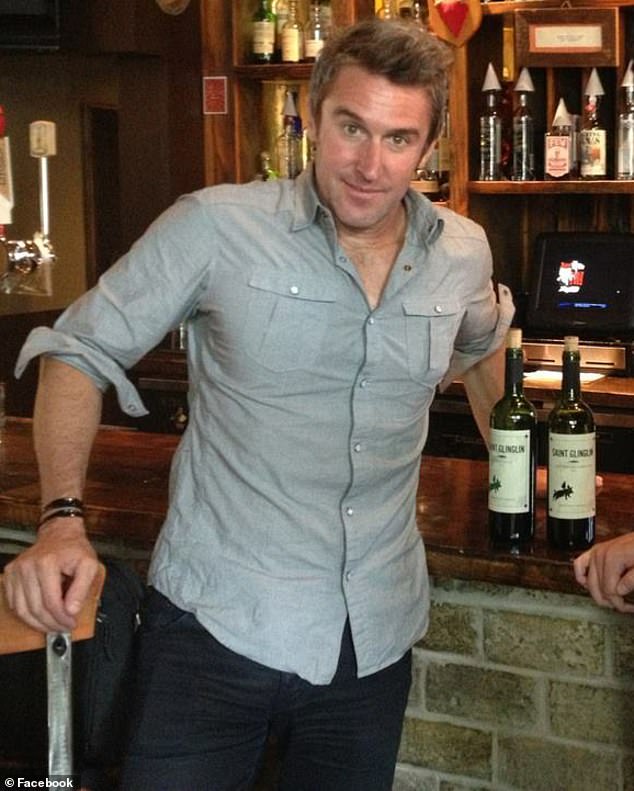 ‘If ‘preserving the integrity’ of some elite credential is the main priority, which in turn leads us to treat our candidates in an unfair manner, then I want no part of it,’ wrote Betts, who runs the Australian wine label An Approach to Relaxation with his wife, sommelier Carla Rza Betts.

Broglie, the group’s chairman, said that the court encourages disagreement from its members.

“It is unfortunate that (Betts) is using current events to publicly rehash his disagreement over the difficult decisions the board made in 2018,” he told the Chronicle.

On June 22, master sommelier Brian McClintic also renounced his title and blasted the court for issuing a statement denouncing racism that does not include the words ‘black lives matter’.

The group’s statement, first posted on June 7 and then edited to remove the reference to The Hue Society, condemns ‘racism, prejudice, and racially motivated violence in all its forms’ but doesn’t mention Black Lives Matter by name.

McClintic is one of the stars of the documentary movie Somm and the owner of Viticole Wine Club in Napa.

On Monday, the court published a new statement on Facebook that opened with the words: ‘Black Lives Matter.’

‘Sometimes it’s the words we do not say that have far greater impact,’ the statement continued. ‘Words have power. They represent our unified stand against racism and our pledge to drive diversity and inclusion in the wine industry.’