After bombs rained down on Coventry Cathedral in 1940, the city did not simply preserve the building’s skeletal remains — they were incorporated into a curvaceous new cathedral designed by Basil Spence and consecrated in 1962.

Spence used the same pink sandstone as in the original building and connected old and new with a soaring, columned porch.

Today, it is filled with tributes to Coventry’s industrial ties: the lectern is shaped like a motorcar’s grille; the tiny Gethsemane Chapel has a wrought iron crown of thorns hammered into shape by the Royal Engineers; and the Chapel of Industry features floor-to-ceiling windows designed to provide worshippers with views of the smoke-belching factories in which many toiled.

Historic treasures: Coventry Cathedral, which was designed by Basil Spence and consecrated in 1962

Spence’s decision to mix old and new is a reminder of Coventry’s ability to reinvent itself while carefully preserving its history.

When Time Team arrived in 1999, hoping to unearth the foundations of an 11th-century monastery, archaeologists discovered such a treasure trove that they extended their stay.

Head to Priory Place in the city centre to see what they unearthed — the perfectly preserved cathedral cellars have been described by Time Team presenter Tony Robinson (better known to many as Baldrick from TV’s Blackadder) as the most important monastic pieces of archaeology found since World War II.

Now, Coventry is gearing up for its turn as the UK City of Culture 2021. Quite right, too.

The crooked streets wobbling past the abbey’s exposed foundations make towns such as Stratford-upon-Avon look almost futuristic. On Spon Street, which dates from the 12th century, half-timbered houses squeeze up against one another, their crooked roofs giving the impression they’re fighting for space on an ever-decreasing plot of land.

Just yards away is Upper Precinct, believed to be Europe’s first pedestrianised shopping centre. It’s said that architect Donald Gibson modelled this open-air plaza, with its thick columns and wide boulevards, on the ancient Egyptian city of Tell el-Amarna. 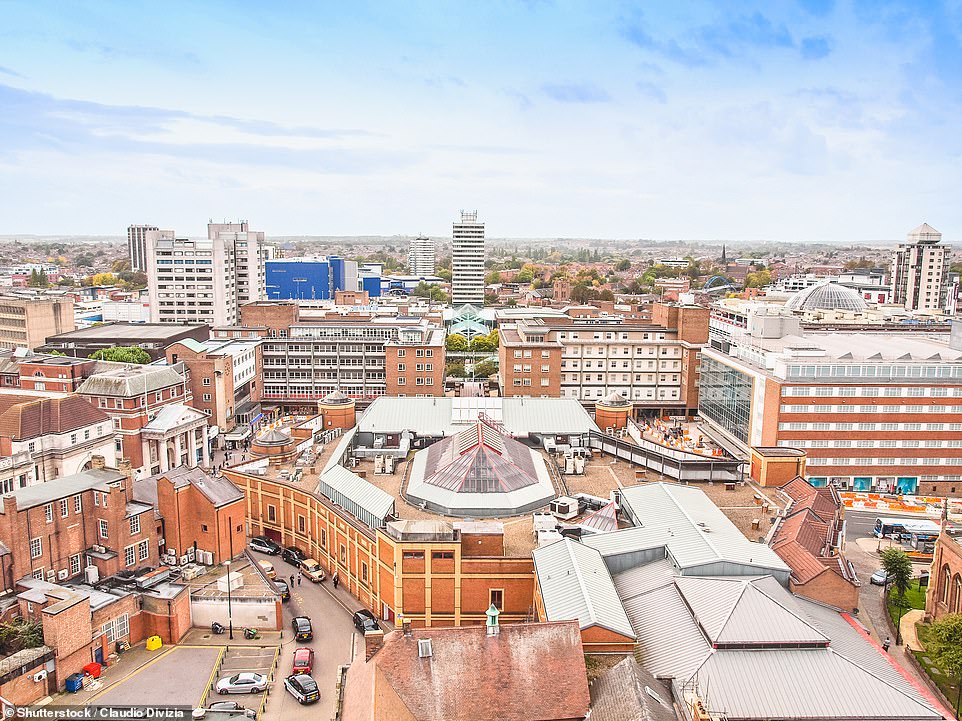 Coventry is gearing up for its turn as the UK City of Culture 2021. Quite right, too, says the Daily Mail’s Tamara Hinson, who visited the city

A local guide shows me the evidence: on one of the precinct’s columns is the symbol for Aten, the favourite God of Pharaoh Akhenaten, who built Tell el-Amarna.

It’s carved alongside the symbol of a loom, a nod to Coventry’s silk industry.

A visit to the nearby Transport Museum, where the vast majority of vehicles were made in this city, is a reminder of the place’s thirst for innovation.

More than 160 car manufacturers and 116 motorcycle manufacturers chose Coventry as their base, and exhibits range from a 1900 five-saddle tandem bike to the bubble-like City Wheels electric car of the 1980s.

One evening, I stumble upon the stone sarcophagus of Abbot Geoffrey of Coombe, murdered here in 1345.

He is said to stalk the hotel’s corridors at night, unable to bring himself to cut his ties with the city. I know the feeling.