An 18-second sliding doors moment between returned travellers in South Australian hotel quarantine sparked an outbreak of Covid-19 that has plunged Melbourne into another crippling snap lockdown.

SA Health released the findings of a report on Wednesday suggesting there were no protocol failures or high-risk events that could have caused the outbreak.

Instead, the report cited an exposure window of only a few seconds between the two guests – known as Case A and Case B – opening their doors to collect their meals.

Case A is a man in his 30s from Wollert in Melbourne’s north who arrived in Australia Covid-free before unknowingly catching the double mutant Indian strain in Adelaide quarantine.

Case A tested negative for the virus three times during his stay in hotel quarantine and returned to Melbourne on May 4, only to return a positive result on May 11.

The revelation comes as supermarket giants like Coles and Woolworths reinstate toilet paper purchase limits of two packets per customer in Victoria as panic buyers strip shelves of the essential item.

Victoria’s outbreak has grown to 26 cases and Acting Premier James Merlino said the list of potential Covid-19 exposure sites in the state has reached 150 locations.

The SA Health report found there was an 18-second gap between Case A and Case B opening their doors to collect their meals on May 3 at Adelaide’s Playford Hotel.

At that point Case B was contagious but had not yet tested positive to the virus.

‘A similar situation was observed again on the same day with a time lapse of less than 12 minutes.’

The report said Case A could have been exposed to contaminated air during those periods – made worse by the fact the pair were staying at the end of the corridor.

The position of their rooms in the hotel may not have allowed the ‘exchange of fresh air… despite adequate ventilation levels in the corridor,’ the report reads.

A poorly-ventilated hotel quarantine corridor was named as a potential cause of an outbreak of cases linked to a cluster in Parafield in Adelaide’s north last year. 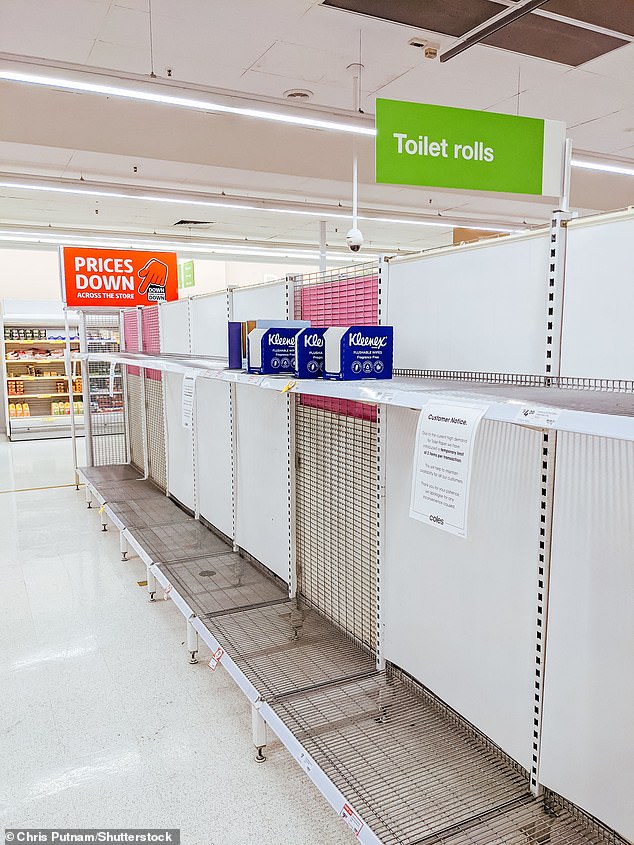 The new Melbourne cluster emerged on Monday when a man from Whittlesea mysteriously tested positive, the state’s first locally-acquired infection in nearly three months, and has already spiralled to 26 cases within a matter of days.

Authorities still do not know how the virulent Indian strain spread from the traveller to others in Melbourne.

It is likely to raise questions as to why a plane-load of people from a country riddled with Covid is landing in a city already struggling with its own outbreak of the strain. 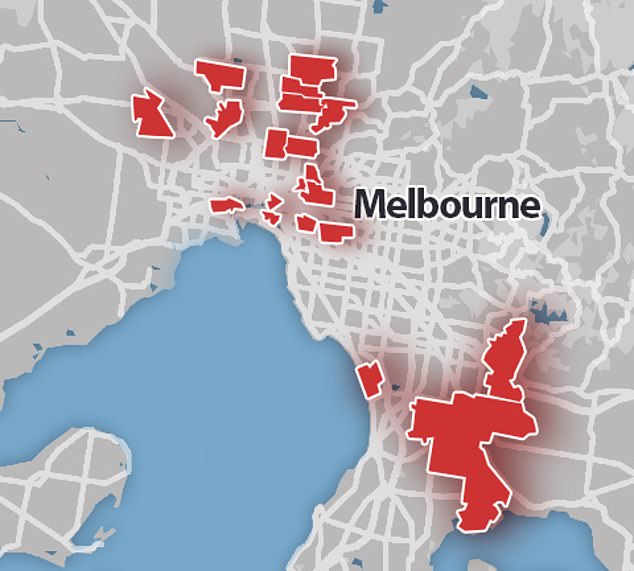 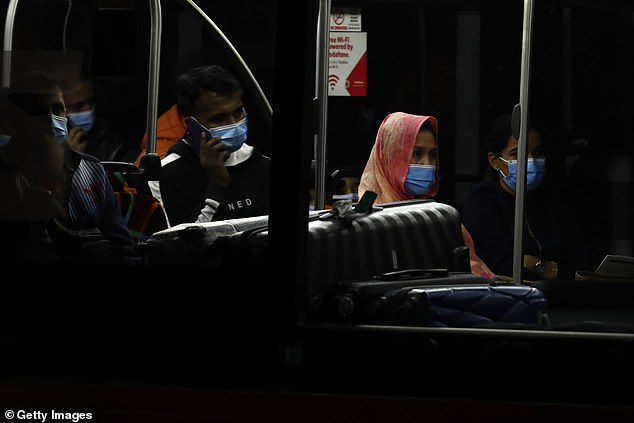 Flights from India had originally been billed to land only at the Howard Springs facility in the Northern Territory after a travel ban on the country lifted, far away from busy cities where leaks are becoming commonplace.

Planes from the country began to bypass the facility and land in major cities on Tuesday, with the first arriving in Sydney and its passengers put into hotel quarantine.

Mapping data from Melbourne’s Department of Health shows the majority of cases linked to the Whittlesea cluster are scattered in the northern suburbs of the city, as well as in the CBD and the southeast.

But on top of the 19 postcodes that have recorded at least one positive case, there are soon to be upwards of 150 public exposure sites spread all over Melbourne and in some regional areas including Bendigo. 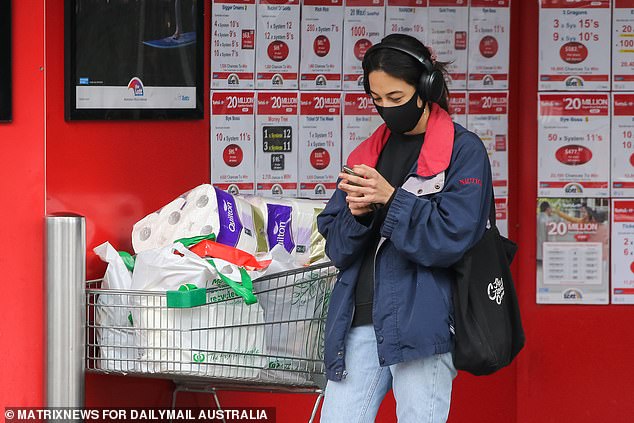 There were 11 new infections on Thursday bringing the total number of active cases of community transmission to 26 (pictured, a Melbourne shopper stocks up before the lockdown) 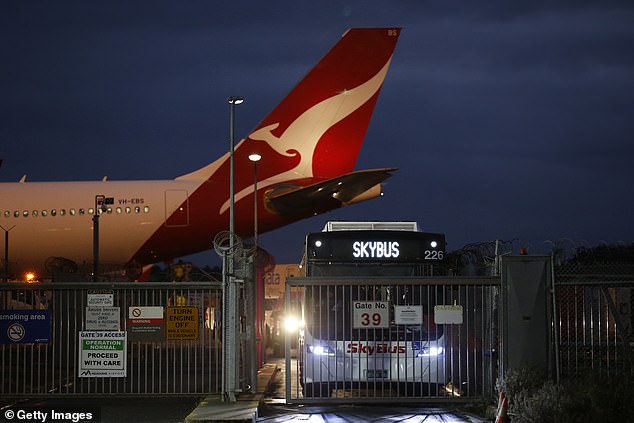 Returning travelers from Covid-stricken India are taken straight from the plane to quarantine in hotels on May 27, in Melbourne – despite the city being hours away from lockdown

Epping, in Melbourne’s north in the postcode of 3076, is the hardest hit area with eight active cases.

SHOULD FLIGHTS FROM INDIA STILL BE LANDING IN MELBOURNE?

Bundoora and Kingsbury with the postcode 3083, and also in the north of the city, has been struck with two cases.

Experts are concerned about the length of time between his arrival and the first new detected case on Monday, meaning the virus may have been out in the community for more than two weeks.

A snap lockdown was announced after the number of cases linked to the Whittlesea cluster rose from 15 to 26.

More than 117 public exposure sites including two stadiums have left 14,000 people forced to isolate so far, with supermarkets, bars and shops also on alert.

From midnight on Thursday Victorians are only be able to leave home for five reasons – to shop for food and essential items, provide or receive care, exercise, work or study if they can’t from home, and to get vaccinated. 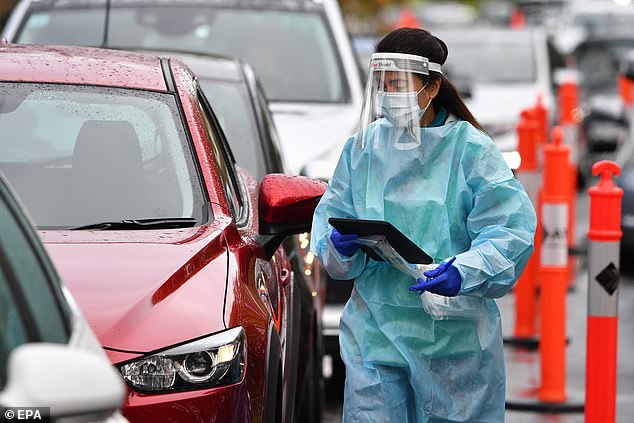 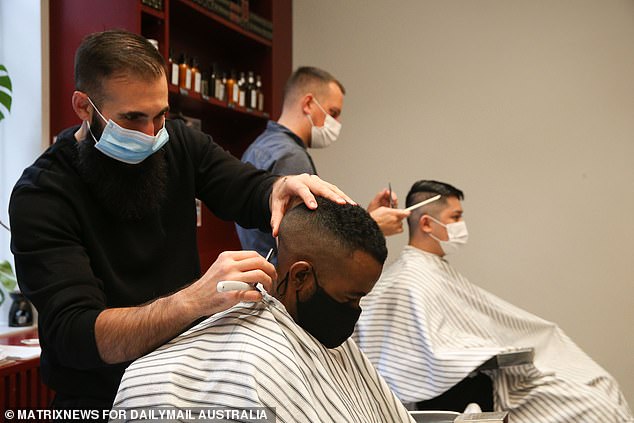 Men get their haircut at a barbershop in Melbourne hours ahead of the city’s lockdown, which will see all non-essential shops closed

The 5km travel limit has also been reimposed for exercise and shopping, as well as the compulsory use of masks both indoors and outdoors where social distancing is not possible.

All non-essential retail will close but essential stores such as supermarkets, bottle shops and pharmacies will stay open. Cafes and restaurants will only be able to offer take-away.

Childcare and kindergartens will stay open, but schools will close and turn to remote learning.