Covid-19 Australia: Melbourne businessman unleashes on Victoria lockdown and why it keep happening

A frustrated Melbourne restaurant owner has hit out at Victoria’s contact tracing and disastrous QR code rollout in an impassioned response to the state’s latest Covid-19 lockdown.

Lucas Restaurants CEO Chris Lucas on Monday morning though called the financial aid ‘a kick in the guts’ – before tearing into the state government with four burning questions about its handling of the pandemic.

The complaints focused on why Melbourne was repeatedly being locked down, why it has taken so long to enforce a uniform QR code system, administrative blunders by health officials and the speed of the state’s contact tracing system.

A health worker carries out a Covid-19 test at the Montague Street centre in South Melbourne on Friday. A Melbourne business owner has hit out at the Victorian state government’s handling of the pandemic and asked ‘Why is this happening again and again and again?’

Why is this (Victoria going into lockdown) happening again and again?

Why has it taken eight months to get a standardised QR Code system?

Why has it taken a week for the government to work out they had listed the wrong ‘hotspot’ supermarket?

Why is it that contact tracers constantly seem to be a week or two behind the eight ball?

Victoria only made it compulsory for hospitality venues to sign up to the state’s uniform QR code system from Friday, six months later than New South Wales.

‘Why has it taken eight months for us to get a standardised QR code system, when we could’ve very easily picked up the system from NSW or Queensland, almost a year ago?’ he asked.

‘Why has it taken almost a week for government to work out that they had told everyone that a hotspot supermarket was in fact the wrong supermarket?

‘Why is it that our contact tracers constantly seem to be a week or two behind the eight ball?’

Mr Lucas also hit out at the Victorian government’s tendency to send Melbourne or the whole state into lockdown over a few cases, whereas other states prefer localised restrictions in infected suburbs.

‘Why is it that the State Government constantly reaches out for the lockdown mechanism when states like NSW are able to quarantine properly, are able to cordon off small suburbs or areas of the city, and be able to keep the state still afloat?’ he said.

Residents in the northern section of Sydney’s Northern Beaches for example spent three weeks under stay-at-home restrictions over the Christmas period after a coronavirus outbreak.

His impassioned interview came as the state braces for an extension to the harsh stage three restrictions after an aged care worker tested positive for the virus. 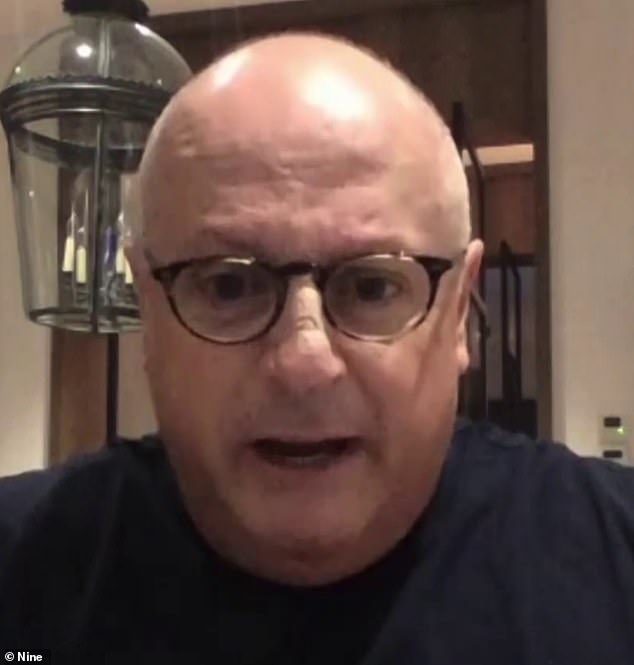 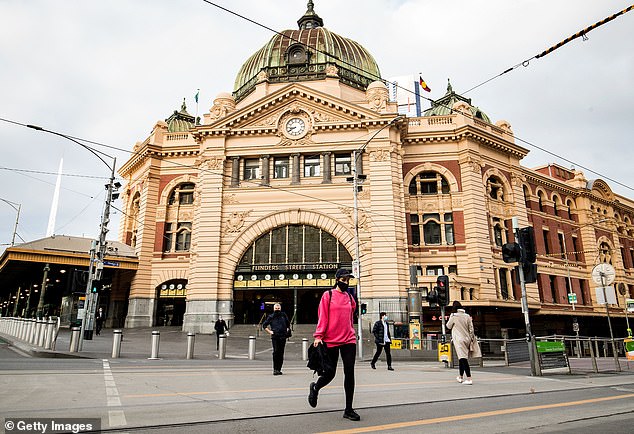 A small number of people cross the normally busy intersection of Flinders street and Swanston streets on Friday. The state is bracing for an extension to the harsh stage three restrictions

There are more than 40 Covid-19 infections in the latest outbreak, with more than 180 exposure sites listed by government officials.

The employee, who is in her 50s, was infectious for two days while she worked at the Arcare facility in Maidstone, before testing positive on Saturday.

Contact tracers have been scrambling work out how she caught the virus because she has no known links to Victoria’s other infections, which swelled to 40 after five more positive test results emerged on Sunday.

University of South Australia chair of epidemiology Adrian Esterman said the next 48 hours will be critical in determining whether vulnerable residents were at risk, and whether the state’s seven-day lockdown will be extended. 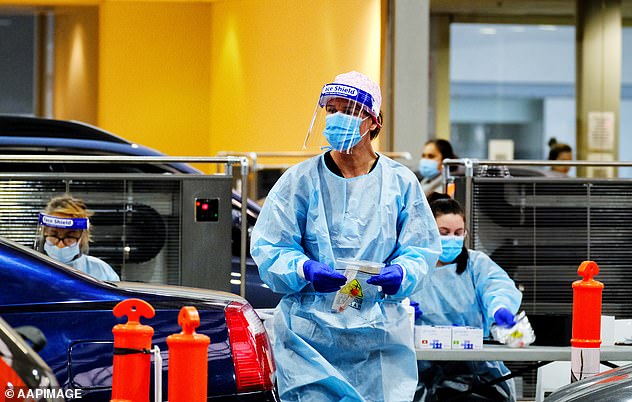 Victoria is bracing for an extended lockdown with 40 infected, more than 180 exposure sites, and another looming aged care disaster 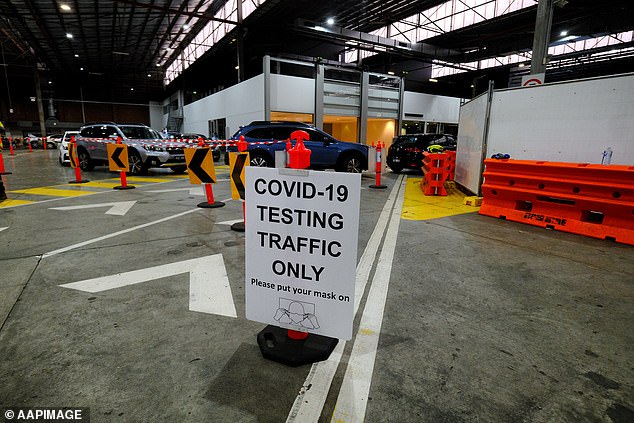 Pictured: A Covid testing site in Melbourne on May 28. The number of cases ballooned to 40 on Sunday

‘There is a very fine balance between things getting in or out of control … If we see more mystery cases on Monday then alarm bells will be ringing,’ he told the Herald Sun.

Australian Medical Association president Omar Khorshid said there was a ‘significant chance’ the lockdown would have to be lengthened.

‘We are very concerned with the Melbourne lockdown just due to the size of the number of people being contacted – last count was over 15,000 people,’ he said.

‘This isn’t going to necessarily trigger anything wider like last time, but the last thing we want is those who are older and frail to become infected,’ she  told The Project on Sunday night.