Victoria’s sixth lockdown is set to be extended by at least a week as a group of MPs push for Dan Andrews to concede a zero-Covid target is unrealistic and lift some of the harsher restrictions.

Senior ministers told the Herald Sun residents and businesses should hold little hope of coming out of the scheduled lockdown-lift on September 2, given the rate at which the virus is spreading.

Concerns were flagged on Saturday when wastewater tests found virus fragments in suburbs between Mordialloc and Seaford, suggesting there were undetected cases active in Melbourne’s southeast.

The state recorded 64 new Covid-19 cases on Saturday – with half of those infectious while in the community.

Of the 64 cases, four infections were identified in Port Melbourne, with Covid-19 response commander Jeroen Weimar directing anyone who attended the new tier 1 exposure sites to get tested immediately.

The health advice applies to anyone who attended the Port Melbourne Auto Mega Warehouse and Prestige Hand Carwash from August 21 to August 27 between the times of 12am and 11:59pm.

Hopes of Melbourne’s September 2 lockdown lift seem unlikely amid talks Senior Ministers are concerned with rate of which people are passing on the virus (pictured, people exercising at St Kilda during Victoria’s sixth lockdown) 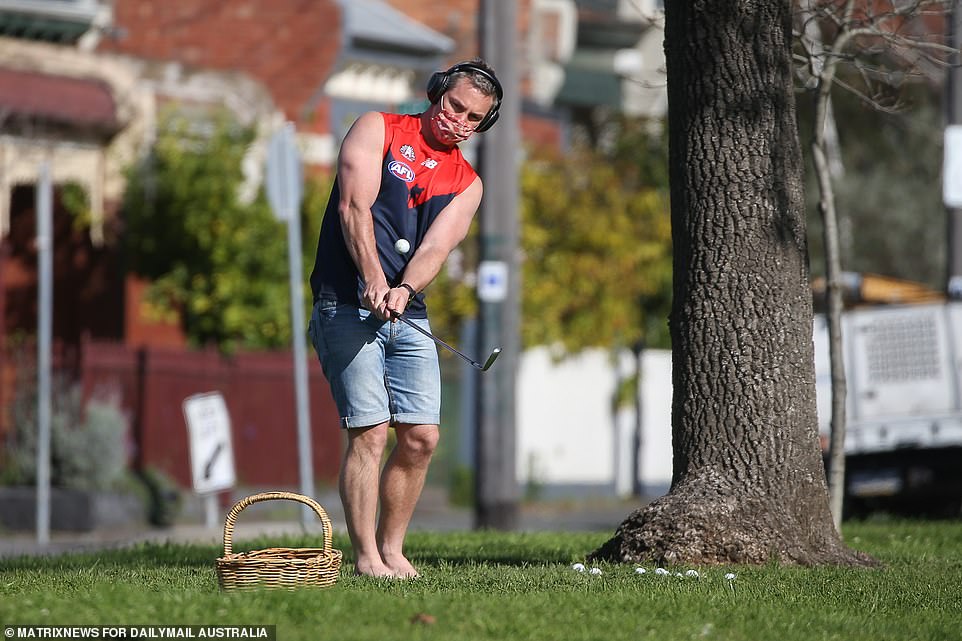 Ten Labor ministers and backbenchers spoke to The Sunday Age about Victoria’s lockdown laws, as fears grow over the high number of mystery cases and people infectious in the community recorded each day this week.

A majority of the MPs said some of the state’s more controversial measures – including the curfew and playground ban – should remain until Victoria is able to reduce the amount of infectious people in the community to zero.

But three MPs told the publication they believed some of the restrictions could be eased without a serious spike in cases.

‘I don’t see us getting to zero. So can we allow some limited things like allowing double-vaxxed people to visit loved ones or relatives in aged care under very controlled rules?,’ one senior MP said.

‘How can we take the pressure off to make people’s lives easier?,’ added another in favour of a lighter lockdown.

Health Minister Martin Foley said Victoria would not follow NSW’s lead and ease some restrictions while the state was still recording an increase in cases.

A raft of Tier 2 exposure sites were also identified on Saturday spanning from inner and outer northern suburbs and western suburbs.

Sidestepping questions about when the lockdown might end, Mr Weimar said his team was instead focusing on ‘getting this outbreak under control’.

He said with Victoria not due to hit a 70 per cent vaccination rate until November, the only way to end the lockdown was to stop community transmission from emerging clusters – such as the four new Covid cases detected at Port Melbourne – using measures including lockdown. 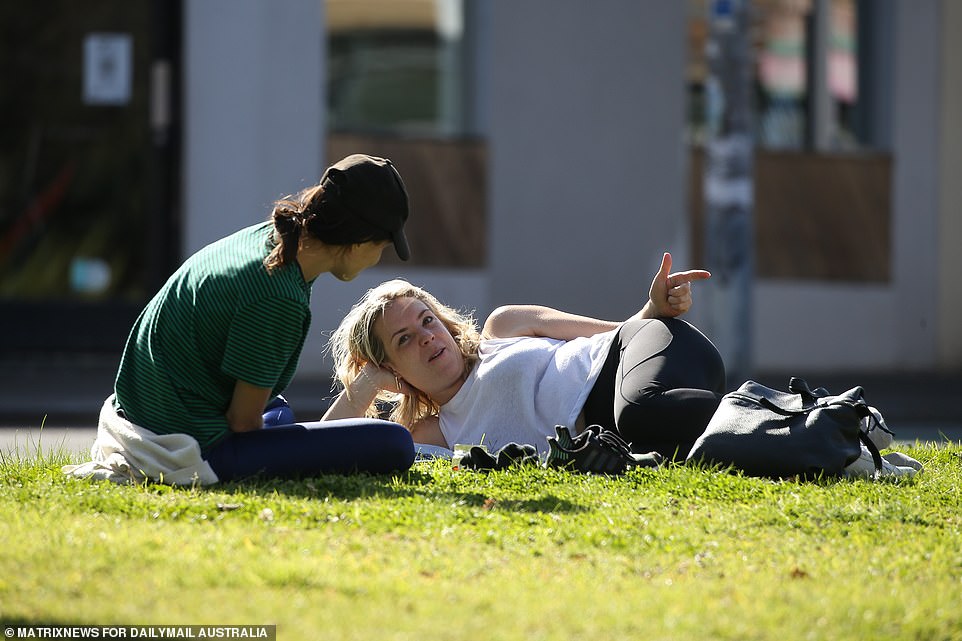 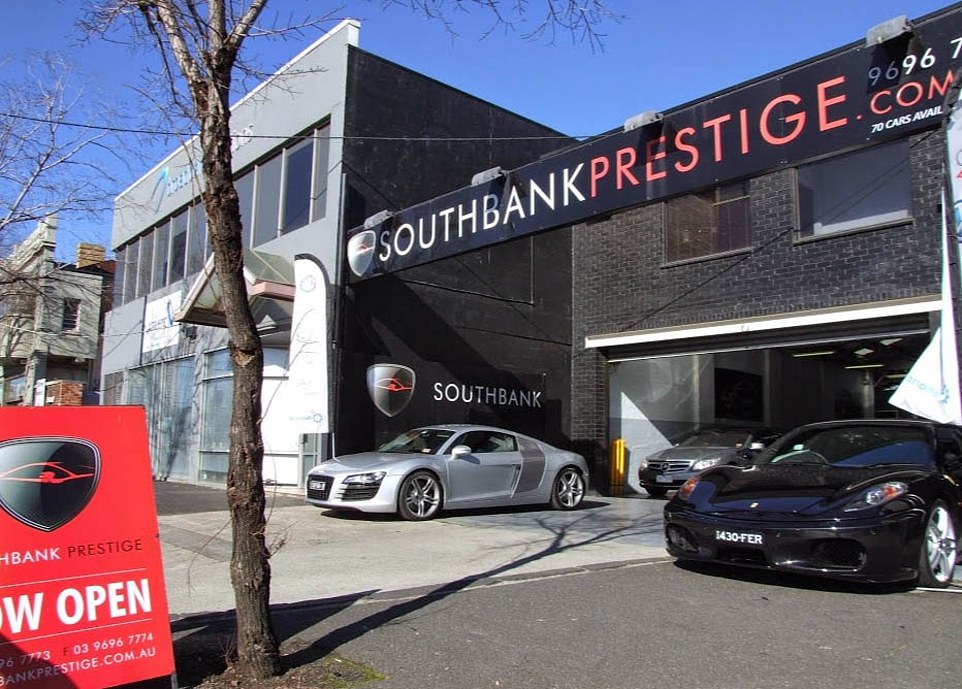 ‘I’m completely focused on how do we respond to outbreaks and get them under control so we can get our lives back in spring,’ he said.

Any change to ‘policy settings’ was a matter for chief health officer Brett Sutton, he said.

‘That’s why the lockdown is there, it’s worked every time we’ve done it, it’s always stopped these outbreaks in their tracks,’ he said.

‘Right now we still have an opportunity to run it to ground.’

Of the new cases recorded on Saturday, 49 are linked to existing infections in the current outbreak and there are 15 ‘mystery’ cases where the source is not yet known. In total Victoria has 701 active Covid cases.

Regional Victoria followed the capital into lockdown on August 21 after a spike in community transmissions. 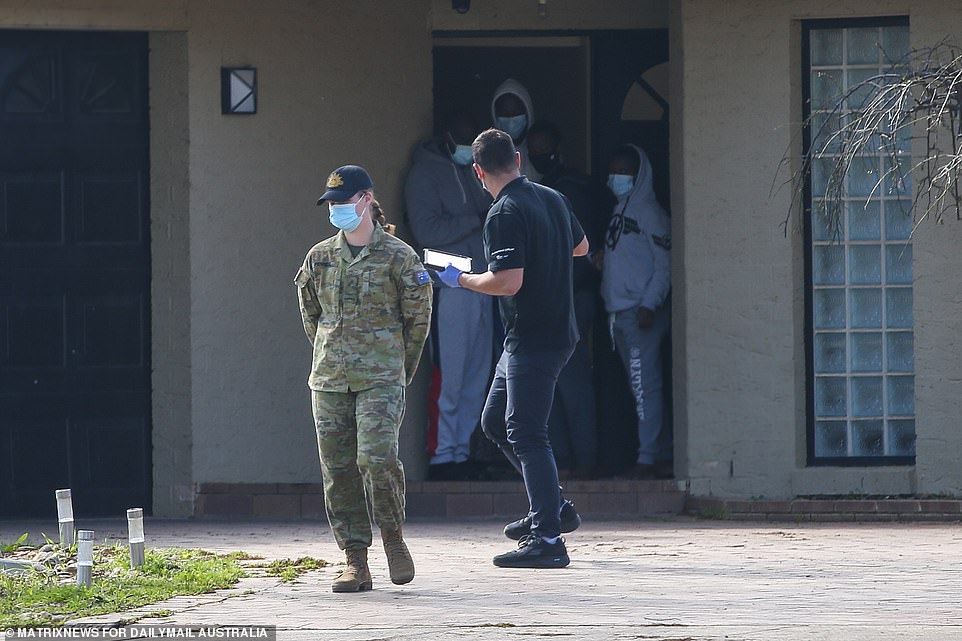 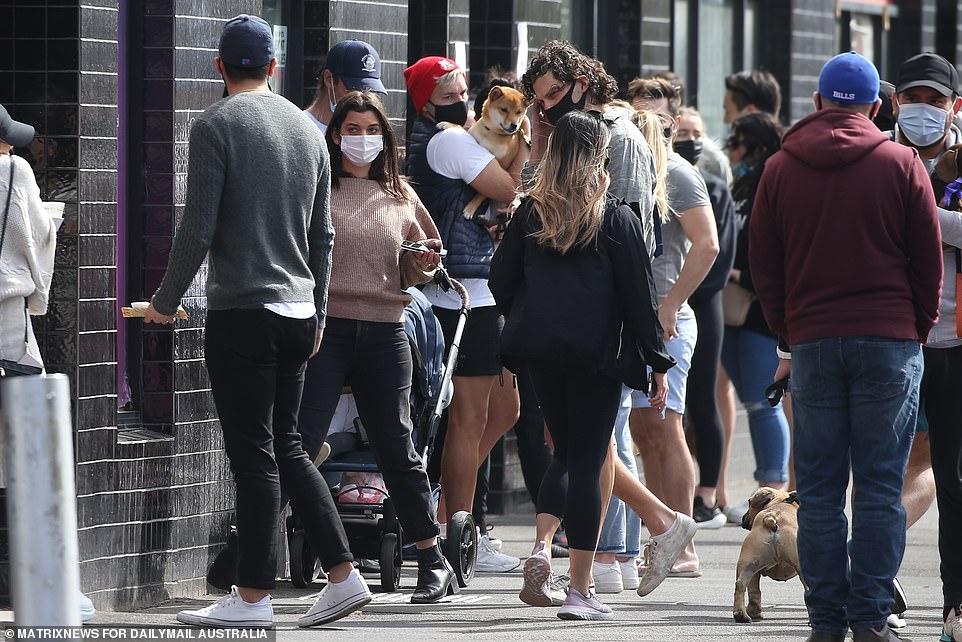 A growing list of exposure sites have been identified on Saturday with two Tier 1 venues located in Port Melbourne (pictured, Victorians line up for takeaway food)

Authorities were refusing to be drawn on whether a lockdown extension is a foregone conclusion on Friday, as coronavirus cases remain stubbornly high.

Mr Foley said it was too early for officials to make a call and could not provide clarity when asked if Victoria would be in lockdown until hitting 70 to 80 per cent vaccination rates.

‘I don’t know about that but I know there have been public health measures for the last 18 months in place,’ he said.

Over half the state’s Covid-19 cases are in people aged 30 and under and nearly 150 children under 10 with the infection.

There are currently 42 hospitalisations with 13 occupying the intensive care unit and eight requiring ventilators.

Almost 20,000 Victorians were in isolation as close contacts with an additional 15,000 secondary Mr Weimar said.

Anyone who has visited the following locations during the listed times must get tested immediately and quarantine for 14 days from time of the exposure.

Hoppers Crossing: Barakat International Goods – August 16 to August 23, all days between the times of 10am to 8pm

Additional Tier 2 exposure sites can be found on the Victorian Department of  Health website.