An under-pressure Gladys Berejiklian dramatically demanded the police commissioner and chief health officer return to the podium to answer journalists’ questions over the health advice she received during lockdown.

The NSW premier looked defeated as reporters asked whether she had dismissed Dr Kerry Chant’s advice about enforcing harsher lockdown restrictions, during a press conference on Friday.

The dramatic moment came as NSW recorded another 642 Covid-19 cases and four deaths.

During heated questioning, Ms Berejiklian insisted said she had followed the health advice throughout the pandemic in the best interest of Sydney and denied suggestions she had not accepted health and police advice.

‘I will not have anybody say otherwise. I will ask the Commissioner and Dr Chant to verify exactly when we received this advice and on how long it took for us to accept it,’ Ms Berejiklian said.

‘At every stage the New South Wales government has responded quickly to the advice we have, but we have also learned a lot,’ said NSW Premier Gladys Berejiklian

As a result of the dire numbers, Ms Berejiklian announced harsh new restrictions for and extended the Greater Sydney lockdown until the end of September.

From Monday, a curfew will be enforced in the parts of Sydney most affected by rising cases meaning people in those areas will not be allowed to leave their homes between 9pm and 5am.

People in those suburbs will only be allowed to exercise for one hour a day. 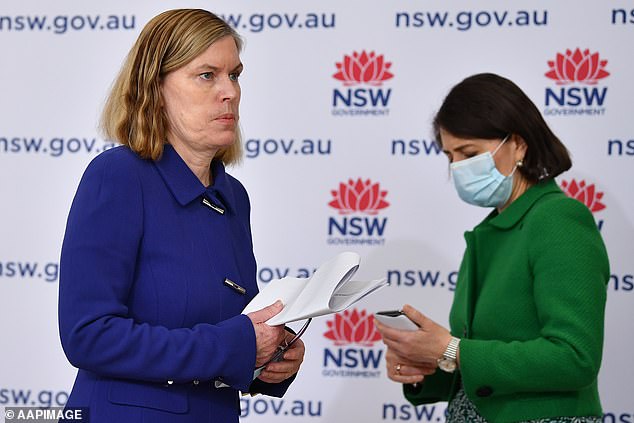 A curfew will be imposed in 12 Local Government area hot spots with residents unable to leave their homes between 9pm and 5am, except for essential work or in an emergency

The only exception to the rules is for essential work or in an emergency.

Ms Berejiklian told reporters the new restrictions were among a list of things that could have been actioned earlier.

When probed by reporters as to why further restrictions for the rest of Greater Sydney weren’t imposed eight weeks prior, the Premier appeared flustered as she asked journalists to not interrupt her.

The Premier was then interrupted by another journalist that said: ‘This is the list of things we could do earlier, so why is the question, why didn’t we do it earlier?’ 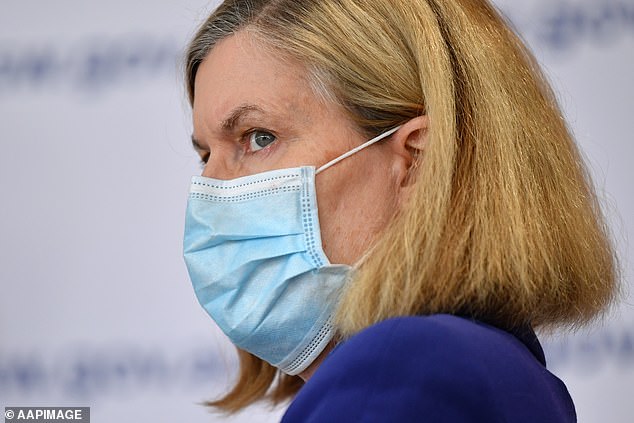